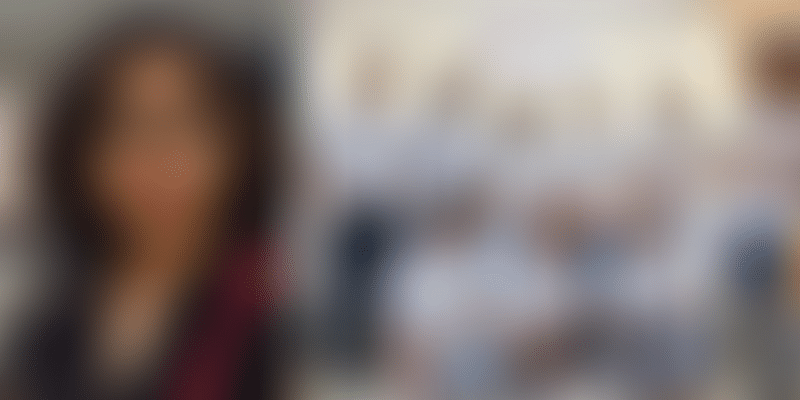 The problem it solves: Uses tracking technologies for effective monitoring

Safety – be it when your child goes to school, or you are returning from work late in the evening – is more important than ever, and any number of efforts in that direction are always welcome.

Having worked with Infosys for a decade, Sunity Choudhary was looking for a challenge. She decided to take one head-on with her startup, Asti Infotech. “There were a lot of technology advancements happening; it was a huge market to deploy IT-based solutions,” she says.

Asti Infotech was founded in 2013 and Sunity zeroed in on tracking technologies to solve many daily challenges: the safety of children while travelling in school buses, working women’s safety while commuting, especially late night, or keeping track of the salesforce on the field.

Sunity says the first technology product from Asti Infotech was a GPS system for school buses, which enabled real-time tracking of these vehicles. Trakom started as a tracking solution, but other features were added based on customer feedback. It soon grew into a communication platform between schools and parents, and could track attendance and send out homework.

“We realised that much more could be done with this technology, so we put various two-way communication features into it,” Sunity says.

The journey for Asti Infotech began with educational institutions, but Sunity says she realised that the same solution could be deployed for other sectors such as the IT industry, where a large number of employees commute in company buses on a daily basis. “Our focus was to make employee transport safe, especially for women who work night shifts in BPO companies,” Sunity says.

Asti Infotech now has six different tracking solutions catering to various sectors. These include an RFID solution, which is being used by logistics and ecommerce companies to keep track of the movement of goods. The six solutions the company provides are: Trakom, Imprint, Asti Fleet Management, Asti School ERP Solution, RFID attendance Management, and GPS Vehicle Tracking Solution.

School buses are tracked through a GPS system, available as a web app and mobile app. The web app is operated by the school administrator while the mobile app is for parents and bus drivers. The movement and location of the bus can be tracked while the RFID - attached to students’ ID cards or uniforms - keeps track of their movements. This ensures safety of children as parents and school administrations know the exact movement of vehicles. A similar functionality is applied when providing solutions for the corporate sector.

“We are struggling with daily pain points. There is technology available, but the question is always how we can implement it,” Sunity says.

The startup focuses on the business-to-business (B2B) segment and has a cloud-enabled technology that can be downloaded as an app for the end user. It provides complete technology infrastructure so information can be viewed on a dashboard. Think of it as a command-and-control scenario where the movement of every vehicle is tracked from a single location.

Asti Infotech has clients from sectors like education, IT, banking, and the pharma industry. The startup works on a pay-per-use business model, and some of its clients include Indus International School, Alibaba, and Infinite. It has a presence in 15 cities and over 65 customers.

The startup, which received backing from Shiksha Infotech, has not raised any funds so far. “We will look at some amount of fund raising and are actively talking to a few investors,” Sunity says.

Being a product company, Asti Infotech spent the first couple of years creating solutions. Sunity says she signed the first client in 2015, and has seen good growth in the last two to three years. Revenue stood at Rs 2.58 lakh for financial year 2016-17 while losses during the same period were Rs 46.14 lakh, according to information available with the RoC.

“The fiscal 2017-18 was pretty good for us; in the current financial year we expect to double our growth,” she says. However, the company, which has a team of around 35 people, including the R&D and sales functions, is yet to generate any profits.

Competition for Asti Infotech is tough with several companies now offering tracking technology solutions like Accugps, Roadcast, Technopurple, ADOM Technologoies, Trimble etc. Sunity says Asti’s USP is the investments in research and development. This includes continuous improvement in the product based on feedback from customers. However, she did not provide pricing details, stating that the information was market sensitive.

Asti Infotech is now focusing on making inroads into newer areas. According to Sunity, the company is actively looking at government tenders to implement its solutions in the areas of mining, railways, and policing. “We are looking to enter areas where there is a potential for our solution,” she says.

The GPS or the tracking market is still nascent in India; the focus is still on the vehicle fleet segment. The overall market, which includes both the hardware and software segment, is estimated to be around $400 million and growing at a CAGR of over 20 percent.

As part of its plans to expand its reach Tier II and III locations, the startup is looking to build a network of channel partners.

“There is always continuous excitement and I believe in taking challenges head-on,” Sunity says. “There are occasions when a situation is challenging, especially when there is family back home and you have to balance it with work. I’m not complaining as the whole journey has been very rewarding,” she concludes.