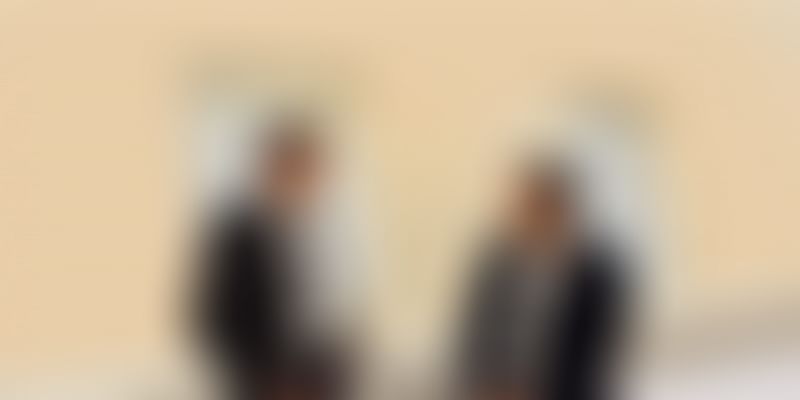 As a part of the acquisition, Walnut’s 35-member team will be absorbed into Capital Float, with founders Amit Bhor and Patanjali Somayaji joining the senior management. Started in July 2014, Walnut is a Pune-based personal finance management app that automatically tracks a user's expenses.

According to the founders of Capital Float, discussions between the two players started around three months ago. Sashank Rishyasringa, Co-founder of Capital Float told YourStory that the team saw value in Walnut’s underwriting capabilities as well as its direct digital credit line business, Walnut Prime. He added,

“Our sensibilities and objectives aligned with theirs (Walnut team), which largely paved the way for our decision to join hands. Their approach towards leveraging technology to solve financial concerns was impressive... Walnut Prime is a product of deep interest to us, and it will become a new addition to our stable of customised credit products.”

In July 2017, Walnut launched 'Walnut Prime', an instant credit line that users can access on the app. The credit line is centered on Walnut’s ‘Prime Credit Score’. According to Sashank, Walnut’s credit line will form a new direct acquisition avenue for Capital Float’s consumer finance business, which, at present, is restricted to offline points of purchase.

“There is definitely a complimentary strategy between two companies. We provide consumer financing to customers by trying up with brands and merchants, making credit available at various purchase points. Walnut Prime will help provide a direct channel to customers," said Shashank.

Another strong reason for the acquisition is Walnut's personal finance management offering that Capital Float could leverage for its consumers. Walnut’s investors Sequoia Capital and SAIF Partners also hold a place on the board of Capital Float.

Walnut co-founders claimed the app has more than 7 million users, with 1 million active monthly users. The founders also said 45 percent of these users are potential credit taking customers. Walnut Prime gives an average credit line of Rs 35,000 to Rs 40,000, with a higher limit of Rs 60,000. It claims close to 35 percent of its customers are new to credit.

In June, Capital Float had claimed it was adding 10,000-12,000 new B2B customers every month as of April, and around 15,000 B2C customers on a monthly basis, in just one year of pilots. At present, the digital lender says it has close to 1.25 lakh customers, and gets close to 35,000 to 40,000 loan requests relating to consumer finance on a monthly basis. Capital Float approves 60-70 percent of these applications.

With a total loan portfolio of nearly Rs 1200 crore, the company is looking to build a loan book of Rs 5000 crore by the end of this fiscal. In April this year, the company announced it had raised $22 million in equity funding from ecommerce behemoth Amazon Inc, which marked the close of its Series C round, taking the total fund-raising to $67 million.