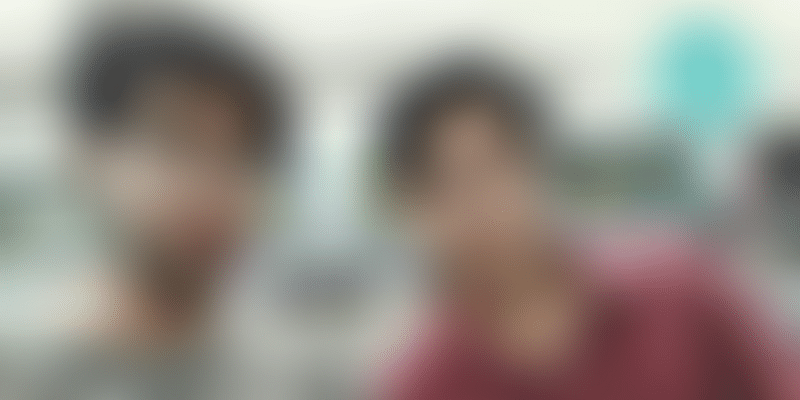 Bringing travel bloggers, agencies, and other stakeholders together, ToRoots Explorers is curating offbeat tourism destinations for the unconventional tourist.

The essence of entrepreneurship is to take the road less travelled. The same goes for travel. Combine the two, and there is an idea that is sure to find favour with many. Journeys off the beaten track inspired Naveen Kumar Meena and Mohit Sharma to start ToRoots Explorers with the aim to provide a different experience for travellers.

While the tourism industry contributes significantly to any economy, only few travellers seek off-the-grid experiences that do not fall under the hills, waterfalls or beaches umbrella.

Naveen says he chanced upon the idea of ToRoots Explorers while speaking with this friend, Divya Tate, an avid cyclist. Divya has been instrumental in building the cycling culture in India and spoke about her experience of cycling from village to village in Rajasthan’s Udaipur district. She and her group would work alongside farmers in return for food and shelter. That, according to her, was the best travel experience they could possibly have.

“It got me thinking about the potential of rural travel in India, which is known as experiential travel,” says Naveen. Like the travellers he aims to target, he took the plunge into the new experience two years ago with the initial idea of building an online marketplace for the experiential traveller.

The road, however, was bumpy and there were many learnings, as there were stumbling blocks. Naveen spent a few months to understand the domain so he could figure and solve the problem points. A website was created to understand the kind of experiential journeys people like to take.

“After experimenting for one-and-a-half-years, and going through few pitfalls, we zeroed in on the problems and the road ahead for us,” Naveen says.

Naveen and Mohit saw there were innumerable places worth visiting in India that were untouched by conventional tourists.

Elaborating on this, Naveen explains of a village in Rajasthan’s Sikar district where the festival of Dussehra does not see the burning of Ravana’s effigy, but all the villagers take sides and enact the war between the armies of Ram and Ravana.

To tap such places as tourist destinations, and make a business case, it required the creation of a platform to bring the stakeholders together. ToRoots brings together travel bloggers and agencies that specialise in planning offbeat travel experiences and even hosts in remote areas.

Naveen says he visits most locations listed on the marketplace himself so as to get a ground-level understanding of how an experience could be built. “I am currently on a 20-day trip across six districts in Rajasthan,” he says.

He adds that it is ToRoots’ strategy is to build the marketplace first and later involve the community blogger network to provide extensive information on locations they have travelled to. Naveen says they often get leads about destinations from travel writers and bloggers.

“Our key differentiation lies in the unique and robust model of curation of unique experiences, whether it is short-duration trips or rural sojourns,” Naveen says.

The Jaipur-based startup is mentored by the Rajasthan government’s iStart programme, which is focused on nurturing innovation and entrepreneurship in the state. Naveen says, “The lead mentor under the programme created a crystal clear path for us as it helped in identifying the gaps and also build the business model from scratch.”

The iStart programme also helped ToRoots by connecting it with investors and big companies for collaboration. “It is important for a startup to engage in such collaborations, as it can accelerate our growth,” Naveen says.

Similarly, the Qrate programme of Rajasthan government to assess startups provided ToRoots with a different perspective. “Earlier, we were looking at where we were lacking from our perspective, but Qrate is a pretty well-defined scorecard, and through this we were able to see the real gaps,” Naveen says. This helped to improve upon and prioritise our differentiators, he adds.

ToRoots is essentially a marketplace where travel agencies, individual travel planners and even village representatives can offer experiential packages that travellers can choose based on their preferred destinations and budget. It charges travel providers 25 percent of the package cost as commission. Travel bloggers also get a certain part of the booking revenue.

“Our business is also having a socio-economic impact, where certain rural individuals have witnessed a 25-percent growth in their income,” Naveen says.

As of now, ToRoots is focusing on rural travel in the state of Rajasthan. “Our target is to curate 50 new trips in the next two months, then go into the Maharashtra and North Eastern region,” Naveen says.

Naveen says that given the presence of multiple stakeholders in the entire chain, it is imperative that there is a seamless coordination as one bad experience of a traveller could have a damaging effect.

By and large, ToRoots’ trips are organised in batches with a provision for a group lead. The company conducts background, security and other verification checks to ensure safety of travellers.

ToRoots started operations with Rs 15 lakh in a family-and-friends round. It also received a total funding of Rs 30 lakh from the Rajasthan government, of which Rs 20 lakh came from Bhamashah Techno Fund, which is a Rs 500-crore corpus dedicated to startups. Another Rs 10 lakh came from the government’s marketing assistance fund. The startup has received funding assistance from angel investors as well.

The travel portal is planning to list around 100 locations across the country by the end of this year. It also plans to list travel experiences in areas such as wildlife and adventure.

Currently, ToRoots clocks revenues of over Rs 20 lakh per annum and the target is to reach Rs 6 crore to Rs 7 crore by the end of 2019.

On the ToRoots journey so far, Naveen says, “Though there have been ups and downs throughout the journey, and leaving a high paying job and venturing out on our own has been difficult as well, I have never ever felt that I am not on the right path and do not have any regrets.”