Unsure if you can afford a designer? Interior design startup Arrivae bundles furniture and furnishings with financing 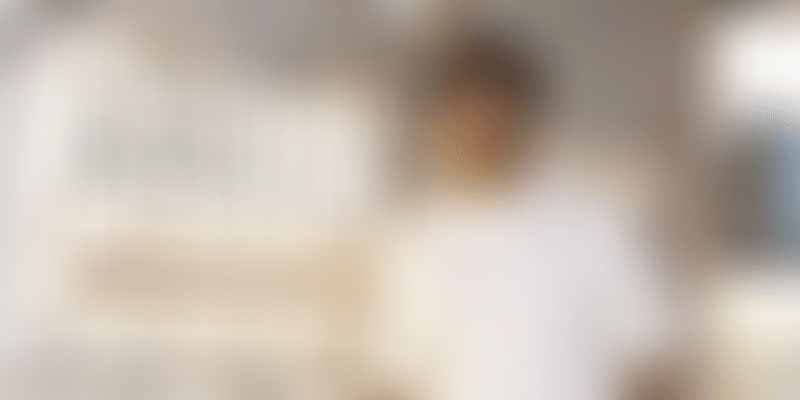 Year it was founded: September 2017

The problem it solves: Integrates the home improvement ecosystem with financial partners

Turning a house into a home often needs an interior designer’s help. But a home buyer doesn’t really know if that’s an option as should s/he add to the financial commitment of a massive home loan?

Mumbai-based startup Arrivae aims to change that. The home and office improvement full-stack solution enables consumers to move into their spaces – customised and designed – faster. It does this by offering products that combine design and finance options.

Arrivae, which refers to a ‘point of arrival’ in French, was founded by Yash Kela, a former real-estate housing finance professional and an angel investor who has invested in companies like Stalkbuylove and Bombay Shirts.

Coming from an “investment family”, Yash became an investor with Indusage Partners; he followed it up by co-founding Nucleus Vision in July 2015 with Abhishek Pitti and setting up Singularity, a cross-border investment book between India and the US, in January 2015.

Yash, who studied information technology engineering at Dhirubhai Ambani Institute of Information and Communication Technology, Gandhinagar, is a Level 1 chartered financial analyst. He worked at Indiabulls before founding Arrivae. His stint at Indiabulls taught him that there was a lot of push from housing finance companies and banks to lend against bank loans incrementally.

“So what we have done is approach people who have taken home loans; we offer them a top-up on their loan,” Yash says, on how Arrivae works.

Arrivae has investments in raw material providers, which expands the value chain and reduces inefficiencies. The resultant benefits are passed on to consumers.

The interior design domain typically involves large spends by consumers, and financial constraints often act as a roadblock to transactions and sales growth.

However, he believes the main draw for the buyer isn’t the incremental loan. “The best proposition for the consumer is s/he gets the design for free, gets a quote in 30 minutes, gets a warranty of 10 years, is delivered the product in a period of 45-60 days, and has the option to pay back the incremental loan over a period of 20 years (along with the home loan).”

Arrivae has currently partnered with Indiabulls and Bajaj Finance. If a consumer has taken a loan from any other banks, s/he has the option of transferring the existing loan to these two finance companies.

Customers post their requirements on the platform and are then matched and connected with the right design partner. “We have tagged designers based on their expertise and the work they have done in the past. The lead is then passed on to the design partner who in turn calls and meets them either at home or at the retail store,” Yash explains.

“The design partner helps the customer visualise and create designs for the respective floor plates, followed by offering them a detailed bill of materials and price estimates,” Yash says.

The customer is also provided with the lowest EMI options to fund the project through various housing finance partners. “On finalising the design, details are shared with the production team through the technology platform and the entire project - from delivery to execution - is managed through the platform. In case of additional civil work, the customer is provided with curated concierge service providers for execution,” Yash adds.

Arrivae has two factories to manufacture furniture – one near Nashik and the other in Chennai. “For bathroom ware, we have a partnership with Johnson tiles,” Yash says.

The startup operates through an omni-channel mode. It has eight franchisee stores in Mumbai, Chennai, Cochin, Bengaluru (two stores), Kolhapur, Aurangabad, and NCR. The model is franchisee-owned but company-operated. The employees at the stores are in the payroll of Arrivae. There are about 100 employees on Arrivae’s payroll currently.

The other players trying to organise this cluttered domain include LivSpace and HomeLane. But what sets Arrivae apart, according to Yash, is the interest rate and tenure of loans the venture offers. “But our biggest competitors will be the unorganised sector. The organised market is very small. In India, 40 lakh kitchens are delivered every year, but the organised market together caters to only 20,000 kitchens,” Yash says.

He points out that the India market is about $35 billion in size and there is a huge shift from unorganised to organised. The market will grow 25 percent every year and, with it, so will his firm. “Every quarter we see a potential of 50-percent growth at Arrivae,” he adds.

Arrivae, which is still bootstrapped, claims to get about 4,000 leads every month. Yash says, “Our go-to-market strategy is through digital and financial partners, and the broker and housing ecosystems.”

Arrivae says it has executed orders of over three lakh sqft in the commercial space. As many as 500 modular kitchen and wardrobe orders have been completed or are in the works as of now.

Arrivae, which aims to achieve breakeven by March 2019, also plans to grow to 30 retail stores across the country by then. Currently focused on creating an aggressive market presence, the startup aims to eventually grow into a pan-India, one-stop home improvement brand. The startup has internally funded Series A round. Yash says the firm is now looking to raise a Series-B round from outside investors in the next couple of months.