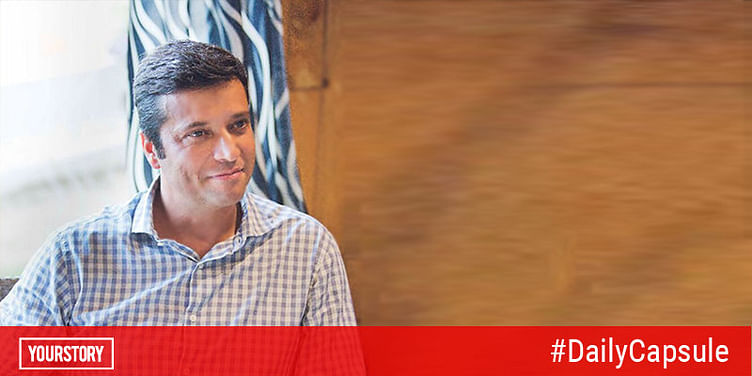 Arun Vasu is a scion of an early business conglomerate from Madras, the TTK Group, founded by legendary Finance Minister TT Krishnamachari. Arun didn’t inherit the family business but has established his own line of businesses. He is the Chairman and Managing Director of TT Group. Logistics and insurance form the core businesses of this group. Apart from his entrepreneurial ventures, his passion for water sports has helped transform the fisherfolk village Covelong (Kovalam), near Chennai.

Ask any contemporary Indian music fan about fusion using classical sounds, and the first name that comes up is Mahesh Raghvan. The 26-year-old has been whipping up a frenzy on the internet by infusing Indian classical sounds into covers like Adele’s Hello, Despacito, the Harry Potter theme and the Game of Thrones soundtrack. His musical weapon of choice? The iPad. He is the Creative Director of IndianRaga and also works with major music technology companies to make Indian classical music playable on their hardware/software.

Aussie cricket legend Adam Gilchrist says the word ‘happy’ describes him the best and also believes that communication is key to leadership. The former captain of the Australian national team is known for his wicket-keeping records. The batsman says one of the best things about his career has been the opportunity to be a part of three consecutive World Cups. Adam was in Bengaluru for a two-day cricket tournament, battling it out with film stars. He took a breather from the game for a shopping trip.

Archana Doshi, Founder of Archana’s Kitchen and YouTube culinary star wants to take you to a world of fabulous food, simple cooking and a healthy life. Her website Archana’s Kitchen gives people a host of ideas for special diets, dinner ideas, lunch box plans, portion control and more. She has appeared on television programmes with top chefs like Vikas Khanna and was an inspiration for the first Google Chrome Ad on National Television. Today, Archana’s Kitchen has created thousands of recipes and collaborated with hundreds of bloggers and nutrition experts to offer unique content to the world with her website and her YouTube channel.

Subodh Sankar is the co-founder of Atta Galatta, the art and literature space in the city. From being an entrepreneur in the IT industry, to baking bread, Subodh’s work has been varied and interesting. He lives in Bangalore with his wife, teenage daughter and two dogs. He speaks about his greatest fears, the things he would like to change about himself, his favourite writers and more.

Indonesia has become one of the most sought-after destinations for the variety of attractions it has on offer. Here’s a country where contrasts and diversities are celebrated in many forms; the customs, traditions, people and even the topography of the land ensures you have new and breath-taking views every few kilometres along your journey. And memories that are sure to bring you back again. For the first time is never enough! Yes, Indonesia does that to you, many times over.