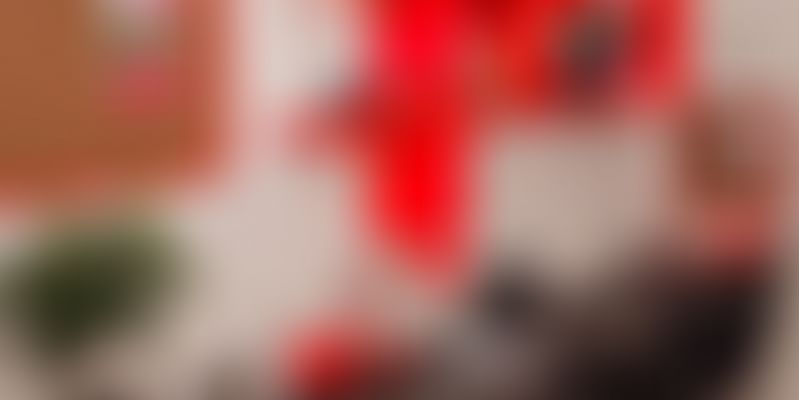 Your Space, which offers safe and quality housing for students, started off with a 77-bed girls' hostel in Greater Noida in 2016; today, it offers 1,200 beds in 11 hostels across India.

Hostels bring to mind old buildings, cramped spaces, and shared bathrooms. Karan Kaushish, who lived in hostels while studying abroad, never faced any problems with the accommodation. The idea of top-class student accommodation intrigued and excited him, especially when a friend started a paying guest facility in Delhi.

Shubha Lal, Karan’s acquaintance from London, realised the need for good accommodation when her cousin, who was studying in Delhi, found it tough to rent a good place near her college. Karan and Shubha discussed the idea with Nidhi Kumra, a common friend, and the trio decided to start Your Space, a student housing startup, in Delhi in 2016.

The founders saw a huge demand for student housing across India with an increasing number of students opting for higher education, coupled with the demand for safe, comfortable, and standardised accommodation. “I saw this as an opportunity. I drew upon my experiences of residing in college hostels across New Zealand, the US and England, and decided to ‘reshape’ student housing in India,” Karan says.

Homing in on hostels

Nidhi is a mathematics graduate from St Stephens College, Delhi, and Trinity College, University of Cambridge, and has worked as an associate with Lehman Brothers, Standard Bank, and as a Vice-President in Bank of America Merrill Lynch.

An MBA graduate from IIM- Calcutta, Shubha previously worked as a Senior Associate in McKinsey & Company, New Delhi, and as an Executive Director in Nomura, Mumbai and London.

Karan is a graduate from Oxford University and Victoria University of Wellington. He has worked previously as a Senior Consultant in Deloitte, London, and in SK Projects.

The trio did a lot of research and went to colleges, PGs, and hostels to get feedback from students about their likes and dislikes when it comes to accommodation to better understand their needs.

Based on market research, the team realised that India had the most unregulated market in terms of accommodation. “There is currently no organised and curated method to help students with accommodation,” Karan says.

Your Space started off with a 77-bed girls' hostel in Greater Noida in 2016; today, it hosts 1,200 beds in 11 hostels, with an average occupancy rate of 80-85 percent. It has hostels for boys and girls in Mumbai, and a few more hostels for boys in Jalandhar, Chandigarh and Noida.

The company charges between Rs 12,000-Rs 25,000 per bed per month on an average, depending on the city and location. It provides monthly, yearly, half-yearly and quarterly plans, and the payment has to be done in advance. The startup also matches flat mates by pairing students from same colleges/courses on request.

The company, which is mostly targeting undergraduate and post-graduate students, has a 30-member team (apart from the founders). Your Space leases large buildings, and remodels, operates, and manages them. The company usually partners with property owners and developers on a fixed lease, revenue-sharing, or management contract basis, for a period of 5-12 years. One can find single, double and triple-sharing rooms with attached bathrooms, beds, single cupboard, study table, bookshelf, and gym facilities in a Your Space hostel.

The startup has also tied up with leading companies to provide daily housekeeping, laundry, and 24-hour security and warden facility. An in-house kitchen and food is available for all package plans, and includes breakfast and dinner.

Your Space currently operates in New Delhi, Mumbai, Chandigarh, Jalandhar, Pune, Noida and Greater Noida. It is looking to increase the number of hostels in these cities and wants to expand to Bengaluru, Chennai, Indore, and Jaipur. The company plans to host 100,000 beds in the next five years.

“Your Space aims to be a community for students, where they can interact, borrow things and freely move around,” Nidhi says .

The team has also created a Your Space app for students, which lets them deal with laundry, security, or other emergency needs along with scheduling Zumba/yoga classes and paying electricity/utility bills.

It follows two parallel operational models.Under the B2B model, Your Space has tied up with colleges and institutes. The B2B model currently doesn’t generate any revenue and the company refuses to work on a commission basis. On the B2C side, the company reaches out to students online or on ground by understanding the requirements through surveys across campuses.

“The big challenge was to convince parents that there was a professional company looking into accommodation and handling it,” Nidhi says.

Karan says the other main challenge was to find appropriate buildings, which varies depending on the demographics of the place. In Delhi, the challenge was to find standalone units; Mumbai being a vertical city, a bunch of apartments had to be bought together. The real estate pricing has also been quite high to acquire. Finding the right balance between the demand and supply side was another challenge for Your Space.

A PwC report showsthat the residential rental market in India is pegged at $20 billion, of which urban spaces account for $13.5 billion. The PG and hostels market is estimated to be about $40 billion in India, and is growing at 16-18 percent per annum. According to a survey conducted last year, there were close to 50 lakh students enrolling in colleges and universities across 20 cities in the country.

Your Space claims its current top line to be Rs 5 crore, and it plans to open seven more properties to clock in Rs 20 crore in FY 2019.

Though companies like CoHo, Stanza, Zolo, Ziffy Homes, Treebo and Aarusha Homes are some of the prominent players in the market across the country, Shubha says local PGs are their biggest competition as they have been around for a long time.

Delhi-based Studentacco and University Living, started by students from the UK, are also operating in the same space.

Bootstrapped initially, Your Space has raised $1 million from angels and individual investors till now.It plans to raise more funding in the future to expand its brand across India. "We want to become the Taj Vivanta of hostels. We want to create a brand that is consistent in safety, comfort, and quality, and can be trusted by students, parents, and universities,” Nidhi says.