Investors learn local languages, Naaptol back in the game after 3 years 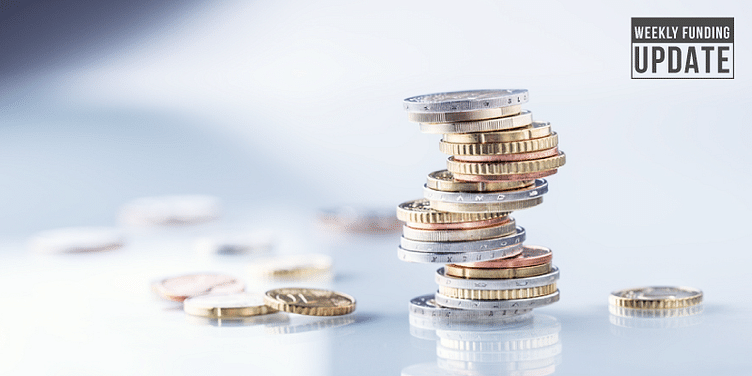 This week, the startup ecosystem was abuzz with the return of early ecommerce player Naaptol, which raised $15 million in an institutional funding round. There was also talk of an IPO on the cards. Other than that, investors renewed their attention to Indian language solutions, followed by the usual suspects, including fintech.

A total of $103.7 million was mopped up in 11 deals this week, with fintech startups accounting for four of these rounds with $40.7 million. Mumbai-based Kissht alone raised a Series C round of $30 million. The point of interest this week was the four Series A funding rounds, reassuring the ecosystem that there are enough startups crossing the valley of death between angel and venture funding.

TaxiForSure Co-founder Aprameya Radhakrishna’s startup Vokal raised additional $1.5 million as a part of its Series A funding of $5 million.

Let’s look at the top deals this week:

Mumbai-based digital lending platform Kissht raised Series C funding of $30 million. The company plans to use the funds to increase its base of offline and online merchants, broaden its presence, and enhance its data and analytics capabilities. The funding round was led by Vertex Ventures SEA and Sistema Asia Fund, with participation from existing investors Fosun RZ Capital, Ventureast, and Endiya Partners.

Bengaluru-based Indian language knowledge sharing platform Vokal topped up its $5 million Series A round with a $1.5 million top-up from Kalaari Capital. The platform, founded by Aprameya Radhakrishna and Mayank Bidawatka, had raised $5 million in July, led by Shunwei Capital. This round also saw participation from 500 Startups, Accel India, Shunwei Capital, and Blume Ventures. According to Aprameya, Vokal is focused on becoming one of the largest internet companies in India by tapping the huge pool of users comfortable in regional languages, and enabling the next 500 million internet users with a strong, meaningful reason to use the internet.

Bengaluru-based energy startup AutoGrid on Tuesday raised Series D funding of $32 million. The AutoGrid Flex platform is focused on applying AI to real-time optimisation and the controls of flexible energy resources. The round was led by a global consortium of energy companies, allowing AutoGrid to accelerate commercial deployment of the AutoGrid Flex Platform across North America, Europe and Asia Pacific.

Edtech platform Verzeo raised Series A funding of $5 million in a round led by a group of high-net worth individuals. The key purpose of the fundraise, according to media reports, is marketing and product expansion. Verzeo provides a range of courses covering emerging technologies, as well as as upskilling and internship opportunities to students in Tier 2 cities and beyond.

Gurugram-based baby and mother care startup Mamaearth raised $4 million in a Series A round led by Stellaris Ventures and Fireside Ventures. Marico Ltd’s Rishabh Mariwala and Snapdeal co-founders Kunal Bahl and Rohit Bansal also participated in the round. The startup, which makes non-toxic baby products, said it would use the funds to expand its team, invest in research and development, build a retail presence, scale up its direct consumer reach, and build brand awareness.

Singapore-based consumer intelligence startup Affle India acquired the commerce arm of Bengaluru-based adtech platform Vizury for $10 million. The acquisition comes a few weeks after Affle filed papers for an IPO likely to be worth Rs 650 crore. Interestingly, post-acquisition, Vizury’s existing investors have not sought an exit.

Mumbai-based fintech player Niyogin Fintech acquired a controlling stake in Money Front, another city-based fintech platform, for $1.6 million. News reports suggest the deal was a non-cash equity swap transaction, meaning that Niyogin’s investments will be part of the deal. The funds will likely be used to accelerate growth.