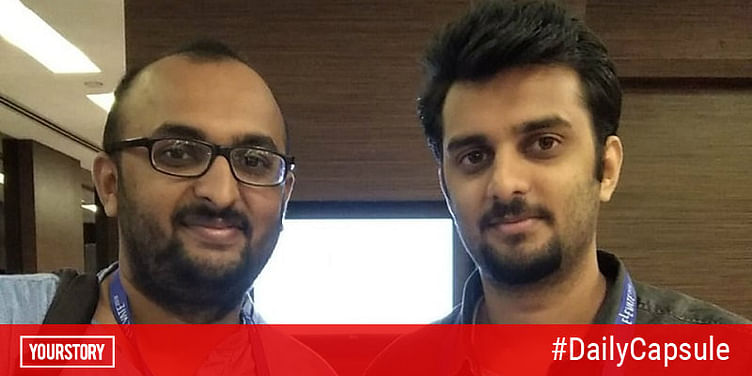 While Netflix has been in India for two years now, with Sacred Games, its first India orginal series, the international online video streaming giant has shown it's serious about the market. In an interview with YourStory, Michael Spiegelman, Vice President - Global Product Innovation at Netflix, gives us the scoop: the company’s India strategy, learnings from the market, and what lies ahead in terms of content, partnerships, innovations, etc.

CEOs are trailblazers, inspiring us to follow in their footsteps. Publications world over have highlighted their every successful move, but for one: "retiring". Which is why everyone was amazed to hear that the great Jack Ma was hanging up his boots. The move simply didn't match the pattern we have been used to seeing. But it is reflective of a small crop of successful people willing to let go at the peak of their careers to explore what else life can offer them.

Preparing for entrance exams like GMAT, GRE, CAT, banks, the Railway Recruitment Board (RRB), and the civil services can be stressful. But finding the right study tools and resources can be even more frustrating at times. Daunted by huge entrance prep books? Or just can't afford them? Whatever may be your reason, these exam prep apps are here to save the day.

Karnataka is serious about its startups and in yet another commitment to the ecosystem, it held Elevate, a startup pitch event for which 650 companies from across the state applied in a bid to gain a grant. Last year 1,700 startups applied to the competition and the government funded 100 companies. The Karnataka government has provided Rs 42 crore for 177 startups so far and has already disbursed Rs 30 crore.

At the Karnataka government-sponsored startup pitch event Elevate, several startups from hardware, heritage travel, fintech and several other sectors showed the potential to be the next $100 million company. Of the 250 pitches, around 50 to 70 will qualify for a grant from Karnataka. The winners will be declared on September 11. This may have been a Bengaluru event, but there were startups from Hubballi, Tumakuru, Ballari and other districts in Karnataka too participated.

Online parenting platform BabyChakra has raised an undisclosed pre-Series B round from a clutch of investors. BabyChakra plans to use the funds in language expansion of its platform which currently invites over two million families every month to exchange information and tips on pregnancy and parenting. Nearly 70 percent of these visitors are from Tier 2 and Tier 3 towns, making language innovation imperative.