Arms-length investing does not work in a market like India, says Jeffrey Yam of Hong Kong-based Integrated Capital 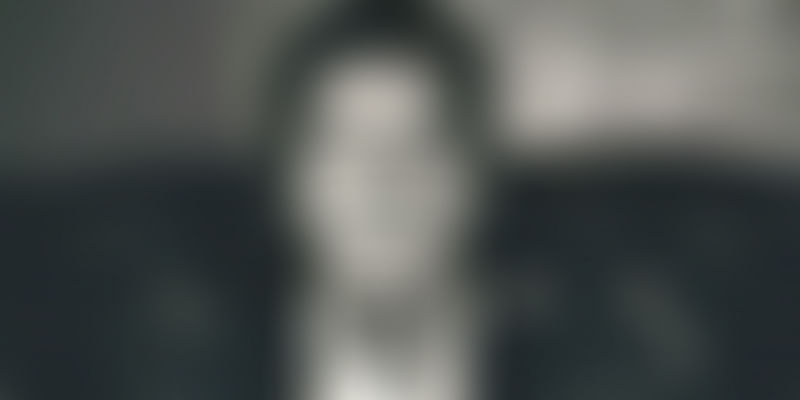 It is a sultry August afternoon in Hong Kong as the temperature of 32 degrees conspires with 81 percent humidity to create muggy conditions. I want to get indoors where air-conditioning is often set to freezing temperatures.

As I enter the lobby of the Island Shangri-La, the cold blast of air provides much-needed relief. To describe the lobby as spacious would be an understatement; to call it extravagant, a disservice to its elegance. The high ceilings and chandeliers create a haven from the humidity I had just escaped. I take a minute to breathe in the dry air and feel a little less limp before I look around to find Jeffrey Yam. Jeff has had no weather troubles. He smiles as he spots me, walks up briskly and shakes my hand.

“I love India,” he tells me, and he doesn’t mean that as something polite to say to an Indian you’ve just met. See, Jeff covers private equity and venture capital investments at Integrated Capital, a Hong Kong-based multi-strategy private investment office, investing principally across private credit, private equity, venture capital, listed securities and real estate. The firm has many interests and is also known for buying the iconic Forbes magazine. And India, he tells me, is a big part of Integrated Capital’s emerging markets strategy.

Is it just part of the fascination for India, now that opportunities for Chinese investors are limited in the US and within China itself? Only partly, he says.

“Currently, as an investor, I feel there are still enough good opportunities to go around in India, competition is healthy, not like the US and China, where it is much harder for an investor to get into good businesses at reasonable valuations, especially in China… everything is crazy expensive. It’s a different animal altogether,” he explains as we order iced coffee.

“In India, valuations currently are quite moderate, which presents a good opportunity for private investors to get in. Since 2015, valuations have adjusted,” he adds.

Integrated Capital has made several investments in India. I ask him to tell me more about his recent investments; Jeff describes them as exciting. One is in Rapido, the Bengaluru-based bike-taxi service currently operational in 13 cities. The other is Meesho, an online reseller network of small retailers, housewives, students, and retirees, who sell products within their network using social channels.

What’s common between the two is their India-centric business model. Bike-taxi services are taking off in India in a big way amid rapid urbanisation and frustrating traffic snarls. Not to mention the fact that they’re faster than public buses, avoid the last-mile hassles of the metro, and are cheaper than even shared cab rides.

Meesho is riding the social commerce wave, and Integrated invested early to get in on the ground floor before the valuation climbed. In June 2018, Meesho raised $11.5 million in a Series B round led by Sequoia Capital India and one that saw existing investors like SAIF Partners, Y Combinator, and Venture Highway stay on.

“India is a tough place to build a business. There are many hurdles that an entrepreneur must face. It is absolutely a market that requires exceptional execution. Bike taxis, for example, has been a difficult space and many companies have shut down. However, Rapido has been able to scale rapidly into new cities, whilst managing burn very efficiently,” says Jeffrey, adding, “India cannot be painted with one brush, and if you hope to make the right investments in India, as a foreign investor, you can’t simply take all your meetings out of hotels and corporate offices, and expect to understand the fabric of India as a country and place. You have to be on the ground if you want to pick up the correct signals. Arms-length investing does not work in emerging markets, especially in a complex market like India.”

On every trip, he spends around two weeks or more because, as he puts it, “You have to embrace the local culture and understand the nuances. It’s important that I invest my time in that.”

I ask him what his ambitions are as an investor. His response is prompt and clear, “My personal goal is to achieve higher than 25 percent IRR in my investments.”

That’s an ambitious goal. “It’s possible,” he adds as if reading my mind, “if one invests prudently, at the right time. Backing entrepreneurs with integrity and accountability is also very important.”

Despite the growing interest in India, actual investments from Chinese firms have been somewhat limited – I ask him why he thinks that is. “Well, this part of the world is opening up to India, but outside of the tech giants, there is still scepticism,” he admits, possibly because many investors burnt their fingers earlier on. Jeff, however, doesn’t share that scepticism, rather he is bullish about the market.

“Whenever I’m there, I clearly see a changing India, with very high-quality entrepreneurs emerging. I love the raw energy on the ground. There is a lot of potentials to be realised. And after (the exuberance of) 2015, valuations have normalised and companies aren’t as overvalued as they were.”

Jeff plans to continue coming to India in the next decade, as he hopes to get in early on before more foreign money comes in, to get the best upside possible at fair prices, in spaces like consumer internet, technology-enabled as well as traditional brick and mortar businesses: “For me, India is a 10-year play. I plan to keep investing my time, effort and capital into India.”

Beyond India, Integrated Capital is also looking at Southeast Asia and the rest of South Asia, as part of its wider emerging markets strategy. That’s a lot of ground to cover. So how does he discover startups and how can entrepreneurs get in touch with him. “I am on WhatsApp and email frequently, whether I am on the road or not. And fortunately, I have a reliable and capable team that assists with investment evaluation and portfolio management” he replies. “Although we source and originate actively, we also receive good leads and referrals from local friends and co-investors from each region. But you know, you can never have enough friends!”

We believe the same and hope to continue the discussions that we started in Hong Kong in the cooler climes of Bengaluru. Jeffrey is visiting us this week and we too hope to be counted among his growing list of friends in India.