A day in the life of a visionary leader 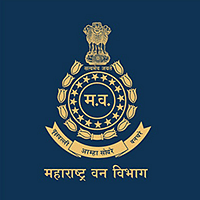 Department of Forests, Government of Maharashtra

I have met a lot of politicians who seem aloof and inaccessible to the public. While they move swiftly from meetings to meetings, work behind the scenes always tends to move at a slow pace. All these notions of mine were debunked when I met Mr. Sudhir Mungantiwar.

We were already running behind schedule for our meeting in Pune, and he had just finished a marathon session at Senior Forest Officers’ Conference (SFOC). I had lost hope of meeting him as Mr. Mungantiwar was returning to Mumbai soon after. However, we not only spoke at length, he invited me to accompany to his meetings for a day before writing my story.

Sudhir Sachchidanand Mungantiwar was born on 30 July 1962 in Chandarpur district in the Vidarbha region of Maharashtra. He started his political career at the age of 17, when he was appointed as the Secretary of the Students Union at the Sardar Patel Mahavidyalaya in Chandrapur and has remained politically active since. His talents from early on lay in oration, leadership and the ability to take up a just cause. He moved to Akhil Bharatiya Vidyarthi Parishad and then Bharatiya Janata Yuva Morcha before joining the BJP. Since 2014, he has served as the Cabinet Minister of Finance & Planning and Forests departments in the Government of Maharashtra.

Our day started at 10 am with a video conference (VC) with forest officers from across the state reviewing a 13 crore plantation drive. Mungantiwar said VCs were a very good way to take reviews from all the senior officials, and ensured projects were completed on time. VCs were also a great way to brainstorm and had resulted in ideas like the ‘Mega Plantation Drive’.

His love for forests rises from the surroundings of his native Chandrapur. The district is unique; on one hand, it is one of the hottest districts in the country known for its coal mines, while on other, it is home to the beautiful Tadoba Andhari Tiger reserve. Growing up here, Mungantiwar always had a soft corner for forests and environment, and it is evident in the initiatives taken by him to conserve and promote wildlife and environment in the state.

To ensure that the future generations have clean air to breathe, we need to increase our forest cover from 22 percent to a minimum of 33 percent. Mungantiwar initiated a 2 crore plantation drive in 2016 to spread awareness about the importance of trees in the state. Its success and immense public participation led to a 50 crore Plantation Programme. So far, the forest department under Mungantiwar’s leadership has successfully executed Mega Plantation Drives under this initiative with plantations of 2.82 crore, 5.43 crore and 15.88 crore, in 2016, 2017 and 2018, respectively.

A mega initiative like this is only possible with the cooperation of the people. The minister initiated a volunteer group called ‘Green Army’, which will help achieve this huge target. The idea being, that if each volunteer plants 10 trees, we can easily surpass the minimum forest cover required. At last count, the Green Army stood 54 lakh strong.

As a direct result of the Plantation Initiatives in Maharashtra, the following changes have occurred in the state as documented in the “Status Report on Forest for 2017” at an all-India level, published by “Forest Survey of India” in February, 2018:

Maharashtra is a state blessed with excellent Bamboo cover. As a new initiative to empower youth with various skills and make use of this vast bamboo resource, a Bamboo Research and Training Centre was established in Chandrapur.

Mr. Mungantiwar has managed to convince Sachin Tendulkar, Aamir Khan, Raveena Tandon, Subhash Ghai, Baba Ramdev and Sadhguru to be part of the project. Today, the Government of Maharashtra and Isha foundation are collaborating on a pilot project that will work on river rejuvenation in the State of Maharashtra.

Mungantiwar understands the need for publicity to create awareness, and has invited Amitabh Bachchan as the ‘Tiger Ambassador’ for the state.

The Minister’s Private Secretary informed him about a Cabinet Meeting of Ministers, which I was not allowed to attend. So, I decided to stay in his office at the Mantralaya and interact with his team. I spoke to his Private Secretary Arun Dube, who informed me that in 2017, under Mungantiwar’s leadership, his office was awarded the International Organisation for Standardization (ISO) certification — ISO 9001:2015, making it the first elected office in India to receive this certification. He informed me that the Minister is also keen interest utilising technology in managing his projects. Under his guidance, his team conducted a thorough research on selling forest commodities online. Today, the Maharashtra Forest department has started to sell teak seeds online on Amazon.

These are a few key projects implemented under Mungantiwar’s guidance:

Arun Dubey says, “Shri Mungatiwar Ji is a dynamic leader. He is very specific about tasks and tracks their progress regularly He is a devoted leader and meets citizens during Jan Sampark on Tuesdays.”

I was intrigued by this concept of Jan Sampark and decided to attend the next day.

At least 400 people were there, but Shri Mungantiwar made sure everyone’s problem was heard and his team of PAs and OSDs were proactively getting people to meet the minister.

Next, I met Mr. Ajay Dhawane, who is a PA to Mungantiwar and told me about his duties. As the Minister of Finance, Shri Mungantiwar is responsible for the disbursement of the funds for different initiatives that the state implements. He played an key role in planning the 'Shetkari Sanmaan Yojana' - Maharashtra state government's decision to waive around Rs.34, 000 crore worth of loans for 11 lakh farmers across Maharashtra.

In his 2015 budget speech, he announced his decision to implement an 'Evidence Based Project Management System' – a system that takes photographic evidence of completion of projects and then makes payments online, making Maharashtra the first state in the country to implement such a system.

In 2016, he led efforts to improve business and trade relations with Mauritius. This included the decision by the Mauritius government to waive 40 percent tax paid by film-makers who would want to shoot in Mauritius.

He also formed committees to recommend measures to improve efficiency and transparency in the areas of governmental procurement, school and college fee structures, and disbursement of scholarships.

He was the initiator of ‘No GST’ on sanitary pads. He also made significant contributions in the economic development of Maharashtra as Finance Minister. After GST was implemented, Maharashtra became the leading state, in terms of agricultural production.

“Working with Shri Mungantiwar since 1995 has been a transformational experience! He has been a friend, philosopher and guide for all these years. It has been an honour and privilege to facilitate him in his endeavour for public welfare!” Said Ajay Dhawane

After a long and tiring Jan Sampark Day, the Minister went home for quick dinner, after which he resumed his duties and attended a Core Team meeting. This Core team meeting consists of his PS, OSDs, PAs and Project Management team and usually takes place at the Project Management Office at his residence.

Accompanying him for Core team meeting was Mr. RP Singh, a political advisor and brain behind Project Management Office.

“I used to engage with urban educated professionals to support BJP’s governance and development agenda to attract fence sitters who were keen to see India. I recommended 2 such professionals Dr. Dhairya Roy, a Management Professional with International marketing experience and Pritam Shinde, who worked for my company as a tester. Dhairya’s strength was Marketing, Branding and Industry and Media interactions, while Pritam was suited for Software Updates and application testing. Soon the workload grew, Dhairya was made the project management office head and a team of consultants from a Big 4 company was hired. It is heartening to see that a small seed I planted has now grown into a full grown tree.” Says RP Singh.

He is the first minister in the country to have employed professionals from one of the Big 4 firms for the purpose of project management and social media for forest and finance initiatives.

Mr. Singh then introduced me to Dr. Dhairya Roy, Head of Project Management Office, who said “This project office was a result of RP ji’s idea and our minister’s execution. We here in project office focus on Project management, media and PR, Research, events and CSR. We use multiple softwares and trackers to make sure projects are underway according to the timelines and we also promote all the schemes related forest and finance using various media.”

Dr. Roy later elaborated a bit on the softwares the Project Management Office has implemented

“We in this office have a result-driven working culture, focusing mainly on the 4 Ps - Planning, People, Processes and Promotion. We are in charge of Planning the projects. We have team of highly skilled professionals and we make sure we make use of all resources available to us, “said Dr. Roy.

He has adopted 23 villages in Chandrapur, in which he will implement the basic amenities required for the functioning of a village as well as many amenities that are mostly urban in nature such as piped gas connections and water purifiers, etc. This project is set to change the view of a village as the backward part of the country and bring it at par with urban areas.

He also plans to implement a UN project called “From Outlay to Outcome”. It focuses on bringing underprivileged children and women from tribal areas under a blanket education and employment programme so that they can be empowered and become self-sufficient.

Shri Mungantiwar is also encouraging artistes from Nagpur Chitrakala Mahavidyalaya by asking them to beautify Chandrapur and Ballarpur railway stations. These artistes drew inspiration from nearby Tadoba National park. These stations were subsequently awarded the most beautiful stations in India by Central Railways.

He has also been instrumental in bringing The Lifeline Express, a hospital train run by the Impact India Foundation to Ballarpur for an 18-day medical camp where free medical checkup, consultations and surgeries were conducted. Shri Mungantiwar has also approved Rs.100 crore for a 100 bed Specialty Cancer hospital in Chandrapur, in partnership with Tata Foundation. This hospital is meant to reach to cancer patients who can’t afford an expensive medication or to travel to big cities like Mumbai and Delhi for affordable treatment.

Mungantiwar, having grown from grassroots, has a firm grasp of workings of the administration and is not afraid to experiment with new processes and technology. He gets the work done and has created a sound development model and has erected a framework to implement that model. A model which, in my opinion, has high probability of success.

If you are a fintech startup, apply for FinTech Rocketship Awards for global collaborations

[UpClose] Here’s how Onco.com is gearing up to become India’s one-stop destination for cancer treatment