From luxury to lifestyle: Spanish brand Lladró focuses on homes

Lladró CEO Ana Rodriguez says India is an important market for the brand, accounting for 7 percent of its total revenues.

My search for Lladró on Amazon.in threw up nine pages and I was instantly captivated by the “To Love and Protect” figurine. A father sits casually on the floor, with his little son throwing his right arm around his neck as both look away. What’s special about this figurine is the artist’s ability to showcase emotion, the affection on both father and son’s faces.

The exquisite figurine made of porcelain is handcrafted and created in Lladró’s only factory in the world in Valencia, Spain.

Lladró is a global luxury art brand specialising in handcrafted, imitation-proof, and porcelain figurines. It was started in 1953 by three brothers, Juan, José and Vicente, who were born and raised in a farmer’s family.

The brothers enrolled in the Valencia School of Arts and Crafts where Juan and José studied drawing and painting, while Vincente took to sculpture. They started out with a Moorish-style kiln in the patio of their parents’ home, and began to craft ceramic flowers and sell them in the local market.

Inspired by their success, they soon began to produce figurines in porcelain. Porcelain originated in China during the Tang Dynasty and spread to the world. The European royalty considered porcelain as a highly desirable luxury product.

From the 1940s, the Lladró brothers were interested in porcelain manufacturing and in the process created their own formula for porcelain paste. They refined their manufacturing techniques on all fronts: pigments, moulds, varnishes, and firing times. The pieces they created are thus objects of great beauty with the highest quality.

In 1958, the brothers set up a factory in Tavernes Blanques. The factory, which employs more than two thousand people today, has grown to become what is now known as Porcelain City, the home of Lladró art.

In 65 years, Lladró has created a niche for exquisitely crafted porcelain that showcases delicately nuanced art and sophistication.

The Lladró website features several categories of porcelain figurines such as animals, weddingsand romance, childhood, professions and sports, dance, privilege, high porcelain, and Christmas selection. The ethnic section features a beautiful Lord Ganesha and several artefacts featuring native traditions from all places across the globe. The miscellaneous section also has a beautiful chess board.

The brand, present in over a 100 countries now, has entered the Indian market where aspirations and demand for home décor and luxury art are growing.

India is an important market

In a chat with YourStory, Global CEO of Lladró, Ana Rodriguez, reveals what’s in store. At the Palladium, a luxury brand store in Phoenix Market City in Chennai, we speak to Ana against the backdrop of a beautiful Lladró handcrafted statue of Lord Balaji of Tirupathi.

Ana says, “We have a presence in the US, South America, and all over Asia and Europe.” She informs us that Lladró has been present in India for the past 12 years, and also has an exclusive Indian collection called Spirit of India, which features gods and goddesses.

Ana reaffirms that India is an important market for Lladro, accounting for seven percent of its total revenues. “We have eight stores in the country and are identifying luxury stores in important locations to expand our brand here,” she adds.

She points out that the brand has been growing consistently in India by 8 to 10 percent annually.

Ana believes Lladro is different in the sense that it selects pieces for a particular market very carefully after studying local tastes. The focus, according to her, is on the visual appeal of the pieces that are enhanced by lighting.

The brand is also making concerted efforts to attract young customers. “Lladró is a unique brand. The process of manufacturing the pieces is original, and artisans work with passion and dedication, making it highly valued and of high quality,” she says.

“We are also expanding into jewellery to diversify the brand. Lladro is also looking at lighting products such as candles and lamps to create an atmosphere at home. No one works in porcelain like we do,” she says.

At Palladium, Lladró has established its second signature store, after the first one in Spain. Lladró is now set to focus on the home.

Ana explains, “You can decorate your home with our products, lightning, and functional objects. Our aim is to become a lifestyle brand in the future.” 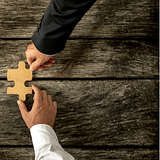 How startups can survive the coronavirus business crisis

Startups, corporates, and government must collaborate for coronavirus testing: Dr Velumani A, Thyrocare