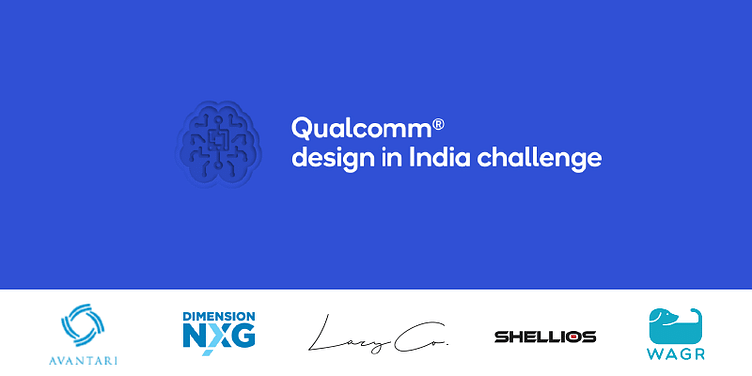 If you missed reading the interesting ideas being brought to life by six IoT startups that are part of the 3rd edition of Qualcomm Design in India Challenge, read here.

Here are five other startups from the 3rd edition of Qualcomm Design in India Challenge working on some really interesting wearables.

Avantari Technologies was founded in 2012 in Oxford University and registered in India in 2014 by Bhairav Shankar and Shankar Mani who are the MD and Director of the company respectively. Headquartered in Hyderabad, Avantari is an R&D and product development firm which uses Augmented Reality (AR), Artificial Intelligence (AI) and IoT technology.

Smart cardiac monitoring equipment which uses AR and AI can enable home-based and real-time diagnostics. Taking this into consideration, Avantari is developing Ein, an innovative watch that measures multiple cardiac-related vital signs like live ECG, blood pressure, SpO2, phonocardiogram (PCG), respiration rate and activity tracking. The product has been built using the Qualcomm Snapdragon Wear 2100 and patent pending technology. With cloud and app integration, Ein is also a watch that can potentially save lives of people suffering from cardiac ailments, diabetes, cancer, COPD, etc. It also contains emergency tracking features such as fall detection, and has the facility to load a SIM card to make a call and send an emergency SMS with the location to emergency services.

Avantari is a profitable company which has been completely self-funded with a revenue of Rs 18 crore in FY 2017-18.

Dimension NXG was founded in 2014 by Pankaj Raut, Co-founder & CEO; Abhijit Patil, Co-founder & COO and Abhishek Tomar, Co-founder & CTO in Thane. Computers have significantly evolved over the years, from mainframes to desktops to laptops, but digital content has always remained the same, locked down to physical boundaries of the 2D screen. Dimension NXG was started as a passionate quest to discover how computers can evolve and enter a new dimension where the digital and real world seamlessly integrate. Think holographic teleportation, x-ray vision, clairvoyance and other such concepts. Dimension NXG believes these have the power to transform industries like healthcare, education, aerospace, and construction, among others.

With this belief, they have developed an AI-powered holographic computer called AjnaLens. The name is derived from the Vedas, and is said to denote the third-eye chakra which is the centre of intuition, clairvoyance, telepathy, lucid dreaming, expanding imagination and visualisation. The holographic computer has an edge-to-edge field of view of over 90 degrees. Using AjnaLens, the team helps build custom work instructions, training modules and data visualisation for any environment. As part of Qualcomm Design in India Challenge, Dimension NXG is planning to use Qualcomm 845 Chipset, helping them achieve higher performance on low computing size. Wearing their headset is like activating your Ajna chakra.

Founded by Apoorv Shankar in 2017, Bangalore-based Lazy Co is a team of product designers, data scientists and hardware engineers from the Indian Institute of Science (IISc) Bangalore.

Lazy Co aims to redefine the way we use smartphones by developing the world's first behavioural AI-powered smart ring called 'Aina' which is also the first ring with a display. Aina predicts what you need next and displays the right shortcut on its screen just before you need it. You simply need to swipe on the ring and the task is done. With Aina, one can control smart home devices, book cabs, and even call for help in just one second. Aina was built using Qualcomm CSR8675, a premium Bluetooth Audio SoC used by high-end wireless audio devices. The SoC was perfect for them as it was a powerful but low power solution with one of the smallest footprints in the market. This took care of two of their biggest concerns – power consumption and form factor or size of the main components.

According to Apoorv, the ring lets you accomplish regular tasks up to 70 percent faster than your smartphone touchscreen, and up to 30 percent faster than smart speakers. Using proprietary near field directional sound technology, Aina also lets you take phone calls without taking the phone out of your pocket or handbag. In addition to this, Aina can also act as a fitness tracker. “We call Aina the laziest way to control anything,” says Apoorv.

Shellios Technolabs was founded in 2017 in Noida and operates in the Head Protection Devices (i.e. helmet) industry. Amit Pathak is the Founder and Managing Director; Anurag Jain is the Head of Product Development; Vinay Chaddha is the Chief Technology Officer and Manu Grover is the Chief Financial Officer.

The startup is designing a range of smart helmets that are broadly divided into two categories –the X Series, which solves problems related to pollution and build-up of heat inside the helmet, which often causes people to remove their helmet or ride with open visors, and the Y Series that focuses more on solving issues such as difficulty in communication, navigation, connectivity and related use cases. The first product in the X Series uses a patent-pending technology based on a modular design which provides a clean air curtain in the breathing area of the riders. The helmet is the first-of-its-kind product and has an easy and cost-effective filter replacement, variable airflow speeds, detachable inner linings, a lithium-ion battery, multicolour LEDs (for fan speed and battery status), and a micro USB charging port (Android type). The first product in the Y series is a communicator helmet that solves the connectivity and context awareness problems around mobile phone usage by 2-wheeler commuters.

Shellios is designing use cases with long-lasting battery which enables users to maximise road visibility via a HUD, respond to calls in a safer manner, and control and access critical information during driving while retaining visual focus on the road conditions. In order to build this Y Series product, they are using Qualcomm Snapdragon 820 chipset. This powerful platform will enable Shellios to develop a high-end smart helmet product targeted at this emerging category in the international helmet market.

Mobiusworks was founded in 2016 by Advaith Mohan, Ajith Kochery and Siddharth Darbha. Located in Bangalore, the startup has developed a smart wearable for dogs called ‘Wagr’, along with a companion mobile app. Wagr is a small, light, and comfortable device which helps you track your dog's location and activity. The device attaches to the dog's collar and through the companion app, keeps the pet parent informed about everything they need to know about their dog's safety and fitness. Wagr lets you create safe zones (like home) on the app, and sends alerts if the dog leaves the area. The tracker comes with a pre-installed SIM card allowing the dog parent to track the dog in real time using the map functionality in the app.

Using motion sensors, the tracker also captures whether your pet is playing around in the garden or snoozing in the afternoon and communicates this to the Wagr app using WiFi. The tracker utilises GPS for real-time location tracking and a six-axis accelerometer and gyroscope for activity monitoring. The app also track's the pet's activity patterns like sleep and exercise over time and warns you if there are changes in their behaviour. The tracker and the app are designed to be easily updated and will soon incorporate additional features such as reminders, pet food purchases, and service discovery. It will even enable dog parents to socialise through their platform.

The wearable was developed using Qualcomm's MDM9206 LTE modem which features both LTE CAT-M1 (eMTC) and CAT-NB1 (NB-IOT). The high reliability and low latency of CAT-M1 with the extended coverage and delay tolerance of CAT-NB1, helps Wagr to operate in ultra-low power mode. With a fallback option to E-GPRS, Wagr can work in a diverse set of operator deployments worldwide, and maximise global reach and scalability.