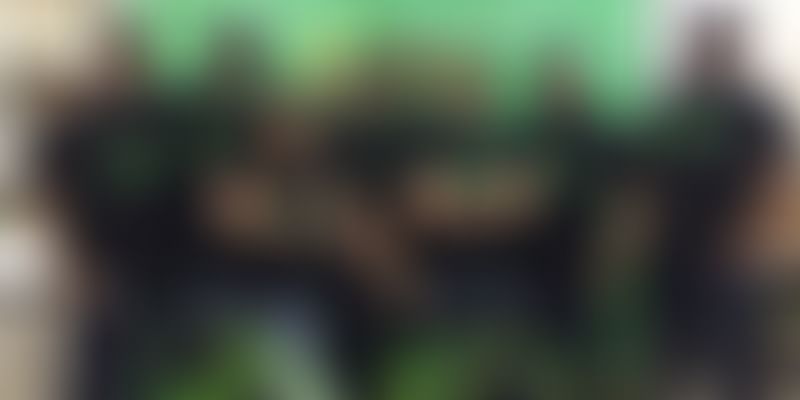 Gurugram-based Tech30 startup Mobycy is a bicycle and e-bike sharing platform trying to solve the problem of the last mile connectivity.

Last mile connectivity is a real problem. A lot of us have had issues of getting from Point A to Point B, be it getting home from the metro station or the bus stop, or vice versa. Akash Gupta, Ex-VP of fintech company MobiKwik, felt this was too common an issue to ignore.

While delivering a lecture at a college in Delhi, he realised college students often spent hours walking between the various academic blocks for classes, to the hostel or to the main gate. This was when he came up with the idea of Mobycy - an ‘Uber’ for bicycles.

In 2017, he launched a dockless bicycle-sharing app that would allow you to rent a bicycle by the hour. He roped in former S&P Capital IQ executive Rashi Agarwal as his co-founder. This February, the team started with bike sharing and launched e-bike facilities.

“Today the incentives for e-vehicles look promising and hence we decided to launch electric bikes as well. Also, they do not create pollution and are affordable. There also is a rising awareness towards environment friendly moves amongst the consumers,” he says.

Moving away from the pure dockless model

Earlier you could pick up a bicycle from anywhere and park anywhere once done. Most bike sharing companies currently use this model. However, Mobycy now requires users to park in assigned parking lots as Akash saw problems with dockless bike sharing.

“People tend to misuse the facility. The vehicles are abandoned in far-off places, which made it difficult to ensure safety and made collecting them difficult as well,” he says.

Assigned parking lots are now the most commonly-used spaces by people to park. The founder says, “We are geo-fencing our parking lots, which will allow users to pick up rides from the most accessible places.” Users can unlock a vehicle by scanning a QR code using the Mobycy app.

While the parking is free in the designated lots, if vehicles are parked less than a kilometre away from one, a customer is charged a convenience fee of Rs 25 for a bicycle and Rs 50 for an e-bike.

Another channel of revenue for the company is bike advertising. “We started this initiative of Rs 500 per month per ad on bicycles and e-bikes. It helps us promote our brand too,” says Akash.

Starting up with hurdles

“Being from a tech and marketing background, I wanted to create a green concept for the future. It struck me that despite many means of public transport, there is always a problem of last mile commute after de-boarding. It was then that I thought of starting a bicycle sharing platform,” says Akash.

To startup all by yourself is never easy. “I had to face initial challenges of funding. Earning public confidence was tough,” he says.

Initially, Akash did not find a lot of support but was optimistic.

He says, “People laughed at my idea of riding a bicycle. While it was a challenge to earn trust, I knew I was building something better for the future. I did not do this for money. I wanted to create a revolution. I was sure that people would definitely see that confidence in my eyes. With more than 200,000 users in just a year, we are a success today.”

Currently present in Gurugram, Noida and Kota, Mobycy plans to soon launch its services in Hyderabad, Delhi and Bengaluru. He claims informs that over 2,000 Mobycy bicycles and e-bikes are in service across the three cities and has crossed 200,000 users in one year.

Akash says, “For the last two months, we are running a pilot in Koramangala in Bengaluru, and the response looks really good. Hyderabad and Bengaluru will be our next big destinations.”

The startup recently won the ‘Best Startup’ award at Move Summit India 2018, organised by NITI Aayog in the mobility space.

For bicycles, the base pricing is at Rs 5 for 15 minutes. Mobycy has recently launched a loyalty programme called ‘mobicoin’. New users receive 10 mobicoins to start their journey, after which they get one mobicoin or every kilometre they ride. Users can also get free mobicoins by sharing the app’s link on social media.

Akash says, “You can share a link with your friend through any platform such as WhatsApp, Facebook, Snapchat etc. Once your friend registers on our platform, you get 25 free mobicoins in your wallet.”

To unlock e-bikes, one needs to pay Rs 10 and then ride for one rupee per minute. While you could only pay through Paytm earlier, the app now allows you to pay through credit cards, debit cards and Mobikwik.

“Earlier, Mobycy focussed on promoting cycling in student campuses so there was a special student plan. But now the rates are the same for all. We have also launched our services with Supertech and other corporate campuses such as OYO rooms (Gurugram), Tech Mahindra and HCL Technologies in Noida,” he says.

The app also has the option of a monthly subscription of Rs 199, through which one can avail unlimited rides now.

According to media reports, the bicycle market in India is worth $1.2 billion, and annual production currently stands at 15 million units.

Bike-sharing seems to have become a buzzword this year. Since the end of 2017, we’ve seen several players such as Ola Pedal, ZoomcarPEDL, Yulu and Letscycle enter this market. With growing traffic snarls, trying to reach somewhere fast is often quicker on bicycles.

However, India is still a new market for bicycles and e-bikes sharing. Until last year, bicycles and e-bikes sharing was a big game in China and the US, with Chinese bike-sharing unicorn Ofo and New York-based player Citi Bike leading the way. But now, India is in a position that has made it the next market to conquer, not just for the Chinese titans, but for homegrown startups too.