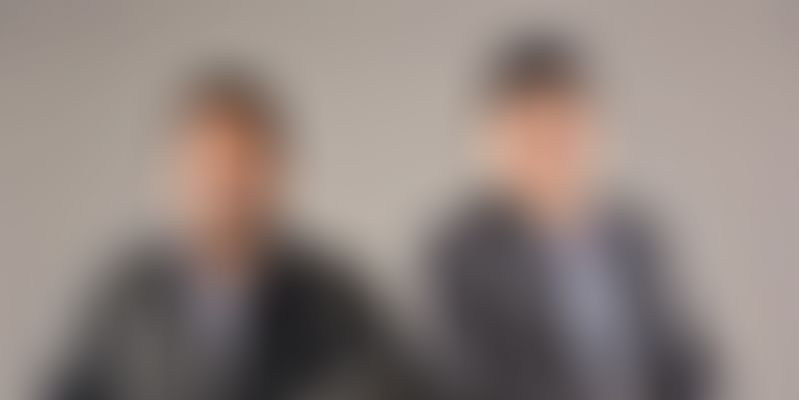 Bengaluru-based CloudSEK help clients assess their overall cybersecurity strength in real time from the perspective of an attacker.

In an increasingly data-driven world, safeguarding information becomes a company’s top priority and responsibility to its customers. Whatever the nature of the company or business, data protection is a concern for everyone today. This is why Rahul Sasi founded Bengaluru-based CloudSEK to reassure companies that they will protect their data by providing security.

CloudSEK is an artificial intelligence and machine learning-driven digital risk management platform that helps clients assess their security posture in real time from the perspective of an attacker. Its tools ‘CloudMon’ and ‘X-Vigil’ allow it to provide actionable and timely warnings to its customers, thus help preventing costly breaches and losses.

CloudSEK was founded in September 2015 and has been incubated by ME Meeran Foundation for Entrepreneurial Development trust, an entity that is created to support entrepreneurship. Rahul was joined by Sourabh Issar (CEO) in 2018. Though based in Bengaluru, the company has offices in Singapore.

Rahul, in his final year of Engineering in 2009 at Anna University, Chennai, got the opportunity to work with iSight Partners, a cyber-security startup. He was the first technical researcher for their office in India. In 2015, when iSight got acquired by FireEye, Rahul started CloudSEK to bring together the emerging disciplines of machine learning, artificial intelligence, automation and apply them to the world of cybersecurity.

While getting his MBA at IIM Calcutta, Sourabh was responsible for the security of the technology infra of the entire campus. He has worked with the likes of Wipro, HCL, Mastek and Mphasis, and helped a number of marquee Fortune 500 companies. After 10 years, he returned to India to focus on cybersecurity, automation and AI.

That’s when he met Rahul and joined CloudSEK.

What does CloudSEK offer?

CloudSEK works with many leading banks in the country to alert them if any sensitive details that belong to them or their customers have been leaked online. CloudMon is an outside-in discovery and posture assessment tool that enables CloudSEK to track and assess all the external facing assets of its customers and help identify insecure infrastructure. Xvigil, on the other hand, is its internet monitoring tool that scours over thousand sources on its client’s behalf to detect cyber threats, data leaks, identity thefts, etc.

The machine learning algorithms allow the company to process large amounts of data, quickly and cost-effectively.

The system does not need any access to customer systems or data, which helps them in avoiding time-consuming and cumbersome integrations and IT approvals. Rahul points out that raw data from open and closed internet sources is collected and analysed by its AI technology, which is integrated in the platform. This data is then fed to CloudSEK’s proprietary model ‘ThreatMeter’, which detects and rates threats accurately in real time.

After a detailed verification of these threats, X-Vigil’s dashboard provides analytics that aid insightful and actionable information.

Its target consumer is any company that is concerned about cyber-security and wants its data to be protected. It is sector-agnostic and caters across industries like pharmaceuticals, agriculture, finance, etc.

But they started small. Rahul says that bootstrapping was one of the most interesting experiences.

“Since we did not have a lot of money we had to adjust with what we had. And this was only possible with the cooperation of an understanding team. We built an internal calculator that decided the RoI for every penny spent, and since we were heavily dependent on computing and storage, we dedicated research  hours to come up with solutions that kept our computing cost stable," he adds.

CloudSEK gets its revenue from clients for its SaaS model, which allows them to pay for what they are using. The company charges its customers based on the number of assets they need to track.

Last month, it raised $2 million in pre-Series A funding from Exfinity Venture Partners and StartupXseed.

The first year or so was spent in building the team and the product. Rahul notes that finding machine learning researchers was a challenging task for the team. They soon realised that they should offer research positions to talented ML candidates working at MNCs and who might not be doing any cutting-edge work at their current role. This strategy worked out well and CloudSEK currently has a team of 16 engineers. It has a total of 20 team members.

Cyber security - the need of the hour

In 2016, personal data of 57 million Uber users and 600,000 drivers got exposed. As CloudSEK monitors the online data and website of organisations, a breach of this proportion can be avoided with a solution like the one it offers. It monitors critical data of an organisation and alerts them of breaches and vulnerabilities before anything can happen.

While all these players do cybersecurity, Rahul claims that CloudSEK is the only digital risk management company in India. After spending around a year-and-a-half in building the product, CloudSEK started its sales in January 2017. The company became profitable in FY 2017-2018.

CloudSEK has a dedicated research team currently to constantly improve the machine learning model. The team aims to focus on the same for the near future too.