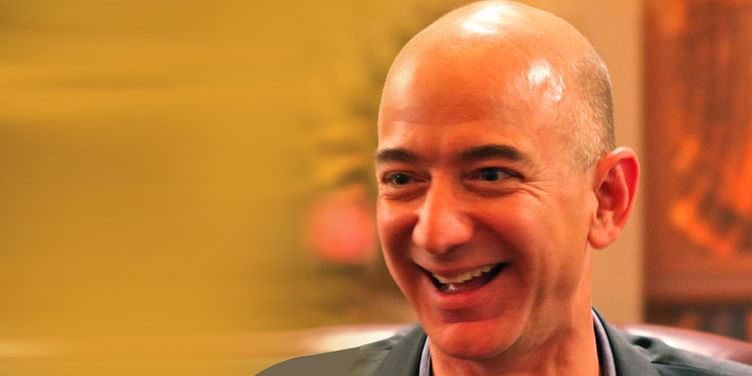 With Blue Origin, the Amazon CEO is building rocket engines that can change the way humans explore space.

Virgin Galactic and SpaceX have competition and it is none other than the man who knows our shopping habits, Jeff Bezos, who has created Blue Origin, an Amazon company for space exploration.

Astronaut Terry Virts told CNBC that Elon Musk and Richard Branson were doing great things, but Jeff Bezos towered over both billionaires silently. The Amazon founder is in fact building rocket engines that can change the way humans explore space.

Virts told CNBC that the BE-4 engine of Blue Origin is going to be the most important rocket engine of the 21st century. “Lots of rockets are going to be using it — government rockets, rockets launching telecom satellites and also people," he said.

Jeff Bezos, Virts added, is going to make an impact by getting to the moon, getting people to space and impacting the 21st century space economy. The engine is going to be the single most decisive factor in making companies go to space and is also building the next generation of human spaceflight.

With Bezos, Musk and Richard Branson in the fray, the next space race is not going to be about nations, but about companies going to space.

Amazon is making inroads into space technology and is working with Lockheed Martin through Amazon Web Services and DigitalGlobe to bring satellite data to earth. AWS CEO Andy Jassy launched AWS Ground Station, a new service that will be housed at AWS Cloud Regions around the globe.

Lockheed's product is called VERGE (Virtual Resilient Ground), which is a cube-like antenna about the size of small guitar amplifier and will deployed on AWS Ground Stations across 56 regions over the years to communicate with satellites.

AWS Ground Station is dubbed a fully managed network of ground station antennae around the world in close proximity to AWS infrastructure regions. There are two Ground Stations set up today, and 12 more will be deployed in 2019, Jassy said.

Now if these are small bets, Bezos eventually wants to put people in space.

According to Forbes, Bezos is currently worth $130 billion, Musk is worth $22.2 billion, and Branson $4.9 billion.

There definitely seems to be no place where Amazon cannot go.