From the IMF to Nobel to MeToo: how 2018 put the spotlight on women 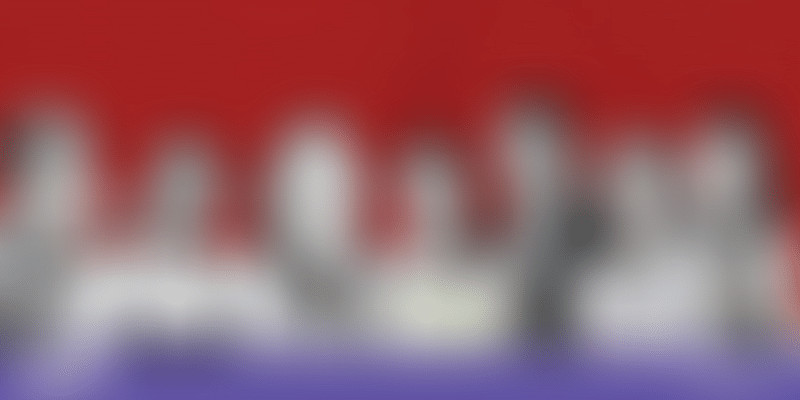 HerStory looks at some of the major milestones, and landmark moments of 2018 that put the spotlight on women and highlighted their victories.

As 2018 nears its end and the world looks forward to ring in another year filled with excitement and vigour, we take a step back to evaluate some of the events that highlighted women power this year.

From milestones to record-breaking events, we look at the moments that affirmed out faith in our abilities to take on challenges and show the world that women are no less. And though the playing field may not be even, and we may have miles to go, HerStory celebrates and applauds the women who made it big in 2018 and paved a new way for us.

Speaking up with the #MeToo movement

The MeToo Movement that gained ground in the US swept through India when actor Tanushree Dutta opened up and spoke about sexual abuse and claimed that she was misbehaved with on the sets of Horn OK Pleassss. What followed was women across sectors taking to social media to speak up about the abuse they faced in their daily lives. In Egypt too, this year, women were inspired by the West and started talking about sexual harassment and began their own #MeToo Movement.

#MeToo and #TimesUp showed women across the world how important it is to speak up and not let abusers get away scot-free. It helped to review policies of women safety in the workplace and how systems that don’t tolerate or encourage abusers can help steer towards a better future.

This year, female pro-surfers won their fight for equal pay when the World Surf League announced that women would be eligible for the same prize money as men in 2019. A major victory in sports, we hope this can inspire women in other sports to change things.

In one of the biggest surprises this year, rising tennis star Namoi Osaka defeated Serena Williams in the US Open final and became the first athlete representing Japan to win a Grand Slam Final.

Another big moment was when American gymnast Simone Biles became the first woman to win five all-around titles at the US national championships. The athlete wore teal to signify her support for her fellow gymnasts, who were also abused by Larry Nassar, the USA Gymnastics national team doctor.

Here, at home, Mary Kom and PV Sindhu stole our hearts. While the Manipuri boxer won her sixth title in the Women’s World Boxing Championship, becoming the tournament's most successful boxer, the shuttler scripted history by becoming the first Indian to win the Badminton World Federation finals.

But it was Hima Das, who stole the show this year. The 18-year-old daughter of a rice farmer, Hima brought India its first gold medal at the World U20 Championships in Tampere, England by finishing the 400-meter run in 51.46 seconds. She has also been appointed as India’s first ever youth ambassador by the United Nations Children’s Fund – India (UNICEF-India).

And the list goes on! From 102-year-old Mann Kaur from Patiala, Punjab bagging the gold for India at the World Masters Athletics Championship held in Malaga, Spain, to weightlifter Mirabai Chanu winning India its first gold at the Commonwealth Games 2018.

Hillary Clinton might not have won the Presidential race of 2016, but she certainly showed women across the world that they could aspire to head a country. As a result, this year’s state primaries before the US’ 2018 midterm elections saw history being made. 235 women won nominations for the house and 22 women secured bids for the Senate in September this year. The US also saw 16 female nominations for governors, including several women of colour.

Awards: from the Emmy’s to Nobel

Nadia Murad’s, who was abducted by the ISIS in 2014, was awarded the Nobel Peace Prize for her work to end sexual violence.

Another big milestone was that Canadian physicist Donna Strickland was awarded the 2018 Nobel Prize in Physics. Donna is the first woman to win this award in 55 years and the third in the history to win it for physics after Marie Curie in 1903 and Maria Geoppert-Mayer in 1963.

New York Times reporters Megan Twohey and Jodi Kantor won the Pulitzer Prize for Public Service for their work in exposing Harvey Weinstein and his years of sexual misconduct. This was a major expose´ and revealed the abuse some of the biggest names in Hollywood had faced at his hands.

Meanwhile, in the world of entertainment, Sandra Oh became the first Asian actress to be nominated for the Emmy’s for Lead Actress in a Drama Series for BBC America’s thriller Killing Eve. Amy Sherman-Palladino, the creator of The Marvelous Mrs Maisel, won the Emmy’s as the first woman to be awarded for comedy writing and directing in the same year.

Back home, Mumbai chef Garima Arora made India proud by winning the Michelin Star. Owner of an Indo-Thai restaurant in Bangkok, she is the first Indian woman to win a Michelin star.

Read more: Women authors create a buzz with bestsellers in 2018

Another first was Stacey Cunningham, who became the first woman President of the New York Stock Exchange. Well, it took only 226 years for a woman to get there.

On the other hand, Priyanka Chopra, Megha Markle, Deepika Padukone and Saina Nehwal became the most glamorous brides of the year.

Find out who were some of the women who made waves on the internet and ruled it. Who had the audience captivated and what blockbusters were centred around women?

And find out why 2018 was the year women fought back with all their might and won big victories?

Tell us what was your big moment in 2018? What was the big milestone that you achieved that you want to share with us and the world?