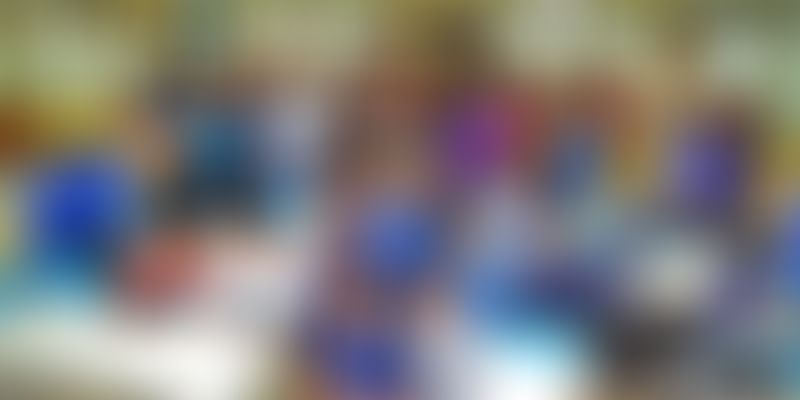 In a market that is getting increasingly crowded, Zolostays has held its own by zeroing in on the one aspect that a business can be proud of - customer experience, the crucial differentiator in the co-living space.

It was 6 am and the founders of a new startup were hard at work - not brainstorming or writing out plans on a whiteboard, or sending out a flurry of emails to prospective clients. No, Nikhil Sikri, Akhil Sikri and Sneha Choudhary were cleaning and mopping floors.

This was not something they had imagined they would have to do when they started Zolostays in 2015, but the founders had their priorities right from the get-go: they would stand out in the crowded co-living market by keeping their customers at the focus of their operations.

So that morning, just a couple of hours before their new tenants were due to arrive, the three founders were simply fulfilling a promise: Their customers were expecting a well-fitted out a co-living space and that is what they would get. The furniture would be in order, the food would be in place, housekeeping and maintenance of the property would be taken care of, as would be the most important draw for the millennial customer: Wi-Fi.

The caretakers had low standards and the cleaning crew were a no-show, so the trio simply rolled up their sleeves and got down to work, making sure the four properties lived up to their customers’ expectations.

That was two years ago. They started out with $1 million in funding from Nexus Venture Partners in 2015. A little over a year later, they grossed Rs 6.2 crore in revenue in FY 2017. That December, they raised a $4 million Series A round, once again led by Nexus. And by the end of FY 2018, revenue had more than quadrupled to Rs 26.4 crore.

Today, Zolostays has 134 properties, and each is managed by a team of reliable caretakers, cleaners, cooks and a concierge, with little or no intervention from the founders. And sources say that Zolostays is in talks to raise another Rs 200 crore in funding before the year is out.

Co-living isn’t a new concept. There is Delhi-based CoHo, Bengaluru-based StayAbode, YourOWNRoom and SimplyGuest, Noida-based Placio, Gurugram-based Flathood and Co-Live. So how did Zolostays manage to gain the confidence of investors and users in a business dominated by larger rival Nestaway and the new kid on the rental block, OYO?

Co-founder Nikhil Sikri says it all boils down to owning the experience and making it consistent across the board.

Sometimes, it’s necessary to be a control freak!

In fact, that was the reason they pivoted. Zolostays had originally started out as an aggregator of PG accommodation by on-boarding existing suppliers on their platform, and unifying these under their branding. But within six months and despite touching a scale of 20,000 beds, they decided to pivot their business in order to control the entire experience.

"When we were in the aggregator model, we didn't have control over things like - maintenance and repair, food, cleanliness. Because no matter what, the property wasn’t owned by us and we didn’t have much of a say. Training works only up to a certain extent,” explains Nikhil.

“Our whole premise of starting up was to give our tenants the best co-living experience. This we couldn't promise with an aggregator model, so we pivoted to a lease model," he adds.

After that, it was all hands on deck. The three founders got together to figure out every aspect of what could go wrong, anticipate these occurrences and then set up processes to resolve them in the smoothest possible way. To be repeatable, predictable and scaleable, they built the processes and put it on an app.

At the same time, they would welcome and interact with their customers when a new property was launched, address their concerns personally. The three of them did this diligently for the first four properties launched under the lease model. The data they gathered went into fine-tuning the backend processes, the technology, as well as the customer experience playbook.

Today, both tenants and property managers have an app they use to communicate and get things done. It manages communication between property managers and tenants, and also between tenants in different communities. It lets the tenants address their concerns, and the team to keep tabs on occupancy rates, rents due and ensure that utility bills are paid on time.

Using the app, customers can raise a request or complaint related to cleanliness, maintenance and repair (plumbing, electrical, TV, Wi-Fi and appliances, as well as civil issues (lift not working or larger property related issues). “Whenever a customer raises a complaint, the manager for that category is notified, who in turn ensures that these are solved within 24-48 hours. It is only larger issues like civil works that might take longer,” explains Nikhil.

Cleanliness, maintenance and repair issues take the highest priority and need to be completed within 24 hours if not the issue is escalated to the head of the department. “If a particular property keeps raising these particular issues regularly, then we check on the staff and replace them if needed. We also do impromptu audits each week to check the quality of service and the property. One of us (the founders) will often go on these visits,” he adds.

Once the tenant experience and management process were in place, the team began optimising costs to make its offering more affordable for students and young professionals. “Our pricing is superior to others as before we look at a property, we project a five-year plan and only then invest in it. That allows us to optimise our cost structures and give the user a better price for a great property,” Nikhil says.

Depending on the location, rates start at Rs 5,000 for a three-tenant sharing space and Rs 25,000 for single occupancy. Once the amount is paid, everything else, including meals and bill payments, are taken care of.

Making a house a home

Of course, 'taken care of' is easier said than done. In the initial days, their biggest challenge was in ironing out the kinks in the offline aspects of the business. It took the team a good six months to get the spaces running seamlessly and without their intervention.

Working with agencies for caretakers, cooks, housekeeping and repairs maintenance staff was not an easy task, and retention rate was as low as 30 percent.

Today, Zolostays has a staff retention rate of 85 percent. Nikhil says they managed the feat by understanding what the staff needs in terms of structuring. Initially, the team would tell the staff to work depending on the needs and requirements of the property. But this wasn't working.

And yet, being an operations-intensive business, everything depended on getting this right.

“You need to understand what they really care about, and train them accordingly. This entailed doing constant checks for the first three months. Now we have a time-table and a schedule and also train them on using tech.”

The devil in the details

A model like Zolo's poses daily challenges. At one of the Bengaluru properties it manages, it had to handle a clash between internet providers, which resulted in no Wi-Fi for the tenants. This is just one example of the seemingly endless responsibilities the company takes on when it defines itself as a customer-centric co-living startup.

It is also why it has taken the firm three years to reach its sweet spot with the full-stack model.

The journey since the pivot

The team then split its business model into two. One is a revenue-sharing model where the company acts as a service provider and manages the properties and the complete experience for a commission. The second is a lease model, where Zolostays leases buildings from property owners and builders for three to nine months for anywhere between Rs 50,000 and Rs 10 lakh.

Currently, 70 percent of its revenues come from the lease model and the rest from a revenue-sharing model. Zolo’s cost of acquiring a room ranges between Rs 5,000 and Rs 15,000.

It is currently working on a brand upgrade and revamp, expanding in the student housing market and going deeper into the existing co-living market as well.

“Zolo’s first principles approach to building a scalable, cost-effective execution engine managed by their strong technology platform has allowed them to emerge as a leader in the market in a short duration," says Sameer Brij Verma, Managing Director at Nexus Venture Partners.

The founders’ passion to create a truly valuable offering is apparent in their journey. Nikhil, who was a practising doctor, started a medtech startup with Akhil, who is an IIT-Delhi alumnus. But the brothers had to down shutters in a month. They then set up an edtech platform, which too didn’t work out. Finally, they found their calling in starting Zolostays along with Nikhil’s wife, Sneha, who was previously an engineer with Deloitte.

“We wanted to build something that would create impact in the everyday life of an individual,” says Nikhil. And the funding that the company is reportedly raising will come in handy in building out that dream.