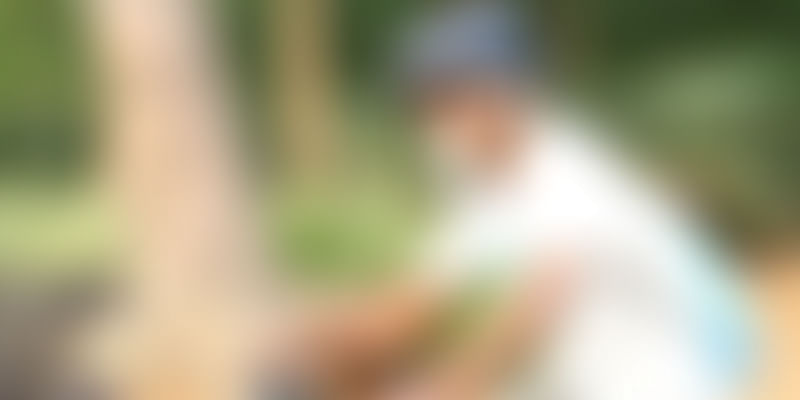 Apart from cycling, Bengaluru-based cyclist Bylahalli Raghunath Janardan also participates in marathons, stair-racing competitions and has trekked to the Himalayas.

Most people lead a quiet life after their retirement. While some are busy nursing their health after 60, a few get lucky and keep themselves busy with their hobbies. But, for 86-year-old former railway employee Bylahalli Raghunath Janardan, his journey as a cyclist started when he was 64.

A cyclist, trekker and an athlete, he says he prefers to pedal across the city to commute.

Janardan says, by cycling, he hasn’t just fulfilled his desire to reclaim his “lost childhood”, but along the path, he has cycled over four lakh kilometres.

In an interview with The Quint, Janardhan said,

I took to cycling at the age of 64. Now it’s been 265 months. I have covered almost 4,00,000 km, a distance between the earth to the other side of the moon. After gaining confidence and stamina, I took to trekking at the age of 68. I have trekked the Himalayas about 20 times, including Mt Kailash.

Bengaluru-resident Janardhan says it’s about mind over the body. For him, it’s the mind where he stores the secret to his fitness. He also states that if your body takes over you, then you become ill.

For one to be fit, we must have a highly nutritious diet. But, unlike most athletes, Janardhan prefers a simple vegetarian diet and does not prefer eating outside, reports silvertalkies.

When asked about his diet, he says,

I start my day with dates, and do not usually drink tea or coffee. I have given up eating anything deep fried, and my main source of energy comes from drinking water. I prefer to eat only raw and sprouted vegetables, and in the evenings I consume only green bananas and milk.

Besides cycling, Janardhan is also interested in stair-racing competitions, where participants are required to climb multi-story buildings in record time.

To give a glimpse of his vertical run, he has done 32 floors four times, 52 floors once and has climbed 64 floors in Dubai.

Janardhan has never let his age come in the way and ensures he participates in almost all the marathons and treks he comes across. To fulfil his adrenaline rush, he has gone across borders, including Dubai and Sydney to participate in events. He has also participated in three marathons in Mumbai, two in Bengaluru and one in Dubai.

While we depend on our two or four-wheelers to travel, Janardhan still prefers to commute across the city on a bicycle. As he says,

I can also boast. I am really green in the sense. I commute inside the city on a bicycle, and also from city to city. On an average, I am able to maintain 55km/day.

Janardhan was also awarded the prestigious Kempegowda Award by the Karnataka Government two years ago for his achievement. Adding to his glory, he also had a special commemorative stamp bearing his image. The stamp was released by the Jayanagar post office in Bengaluru a couple of years ago.