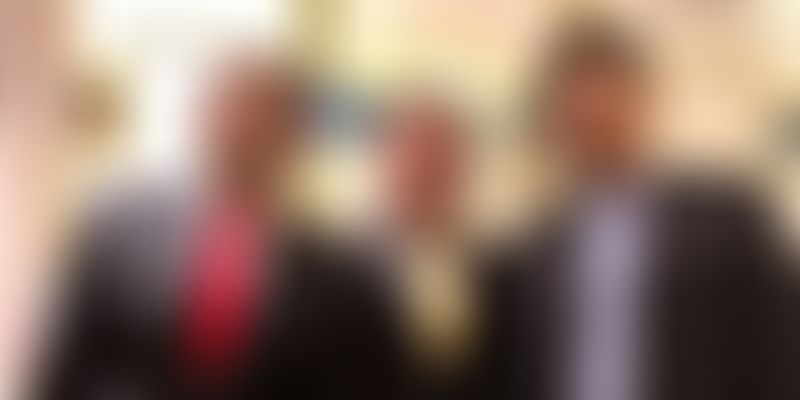 Matrix Partners India closes Fund III with committed capital of $300 million. While being bullish about the India opportunity, Avnish Bajaj says they aim to be cautiously optimistic.

Matrix Partners India today announced the close of its Fund III with committed capital of over $300 million. This follows the $100 million extension fund closed in 2016. With this, it will continue to invest in companies across seed, early stage, Series A and B stages in different sectors.

“I have genuinely never been more excited than I am today, and I feel that the next 15 to 20 years are going to see significant internet market cap creation. In the past, the mistake people made is get excited and lose sight of the next 10-20 years of journey.. It is a bit different from the markets of 2015-16. The best way to categorise is not conservative or bullish, but cautiously optimistic. We will keep investing at a steady pace, more optimistic today than a year ago.”

He says India has always needed patient capital. Last year, Avnish saw a big shift in the Indian startup ecosystem, which many might associate with the Flipkart transaction, but he says it isn’t just about that.

“It because of the shifts in the market, companies are reaching interesting scale, and in three to four years, Indian companies will have IPOs. Thus, even in the present, you are seeing exits, at least of early-stage investors. Today, it also is interesting as investors can see a good exit but are choosing to stick on, but a few years back, there wasn’t any exit opportunity,” says Avnish.

Finally, there are a number of high quality experienced founders starting up today who have seen massive scale-up in bellwether companies and are venturing out on their own. The team believes that currently, there are founders either coming back into the fray with some experience in other startups or having started up themselves.

Matrix Partners India is bullish about the growing and expanding India opportunity.

Speaking of agritech, Vikram adds that as a fund, Matrix hasn’t invested in the sector, but with the growing opportunities, they do see farmers coming online. He explains that these could mean various different things - information, knowledge, conversations or learning. “It will be interesting to see how the space grows,” he adds. With the growing internet penetration, there seems to be a core focus on ‘India 2’ or Bharat.

Also, while the amount of capital being pumped in the country has been high over the past few years, the revenue scale across companies haven’t been significant. But today that opportunity is shifting.

Tarun adds that there is a rise in disposable income driven by increasing GDP per capita that makes the market more lucrative. “All of these played the centre of the China venture opportunity in the last 10 years. India, like China, should see a trillion dollar market cap creation in the next decade,” he says.

Why will Indian languages continue to be lucrative?

And this year, Matrix Partners India is also looking closely at the space. But, will these startups be able to create a strong differentiator? Tarun believes there needs to be a compelling value proposition within the Indian language content space to get investments.

“You need to be able to build a platform that can attract and retain users at scale. There will be multiple monetisation models that can be created with time,” he says. Adding to this, Vikram says that digital media follows an age-old revenue model of advertising.

“Ad models start working at scale. When you get a consistent user base, you can get the advertisers to look at your platform. Also, it isn’t a ‘winner takes all’ market. As users grow and time spend increases, the question becomes if you can collate different times spends with different value propositions. You could have devotion only, astrology only, agriculture only - there will be different value propositions,” Vikram says.

While Matrix has already invested in Ola, the firm is also looking at mobility this year. The team believes that there are different use cases for mobility - like last mile, first mile solutions and micro-mobility. One of its most recent bets in the space has been Vogo, a dockless scooter sharing platform.

“Mobility is a big problem and there are different platforms and companies that are making it significantly more convenient and flexible for the consumer. The price points based on users are also different, ” says Tarun.

Avnish adds that currently, the number of rides are between 130 million and 150 million and cab aggregators. “In that sense, cab aggregators are yet to crack more than 3 to 4 million of that market. The opportunity, therefore, is significant,” he says.

Matrix India Partners believes that social commerce as a theme will pick up this year. It is believed that the first era of social commerce was search and text, and there was little use of local languages, AR-VR, influencers and other factors. “A lot of these factors will merge and form an interplay,” says Tarun.

Another sector the team is looking closely at is fintech, and Matrix India Partners already has Ziploans, Mswipe and Five Star Finance Business in its portfolio. But, they approached the space with a little caution last year.

“We slowed down, but we feel this year is the best time to be investing in fintech. Last year, a lot of people got into fintech as the infrastructure was solved for by IndiaStack, UPI and there was money available. But now, I think founders realise fintech will go through its cycles and needs a strong team,” says Vikram.

He adds that fintech as a space can create the most amount of impact across people with low-credit, no-credit, SMEs, Tier-III and Tier-IV markets.

“There is a massive opportunity in the space and we have a lot of work cut out in the sector. However, with GST becoming a lot more stable, I expect a lot more action in the SME lending space,” says Vikram.