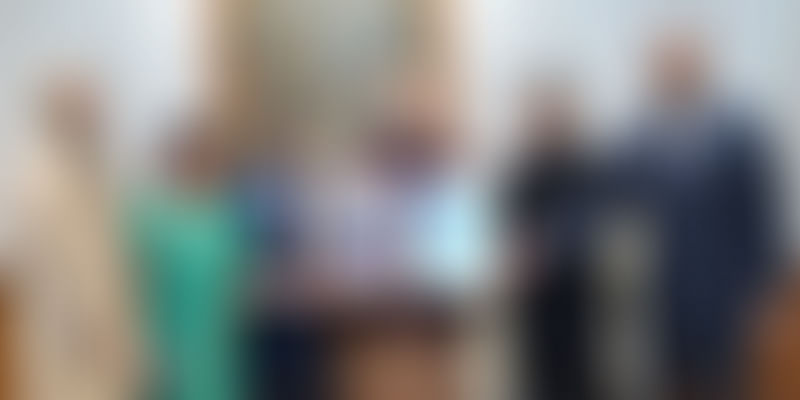 The prime focus of the Philip Kotler Presidential award is on the triple-bottom-line of people, profit and planet. It is offered annually to the leader of a nation.

The prime focus of the award is on the triple-bottom-line of people, profit and planet. It is offered annually to the leader of a nation, as per a statement from the PMO.

The award is named after the famous professor in marketing, Philip Kotler at Kellogg School of Management. Owing to his poor health, Kotler could not confer the award himself, and Jagdish Sheth of Emory University, Georgia, was deputed to hand it over to Modi.

His selfless service towards India, combined with his tireless energy has resulted in extraordinary economic, social and technological advances in the country.

It also said that initiatives such as Make in India, Startup India, Digital India and Swachh Bharat have positioned India as one of the most lucrative manufacturing and business destinations in the world, and that under his leadership, the country has now been identified as a centre for innovation and value-added manufacturing, and a global hub for professional services such as information technology.

The award also recognises Modi's efforts in bringing about a digital revolution in the country through Digital India, and including the Unique Identification Number (Aadhaar) for social benefits and financial inclusion.

A frequent recipient of international awards, Modi was conferred with the prestigious UN Champions of Earth Award 2018, which is the highest environmental honour of the United Nations.