Voices of adolescent girls: what children tell us about risk, gender-based violence and the experience of reporting to police 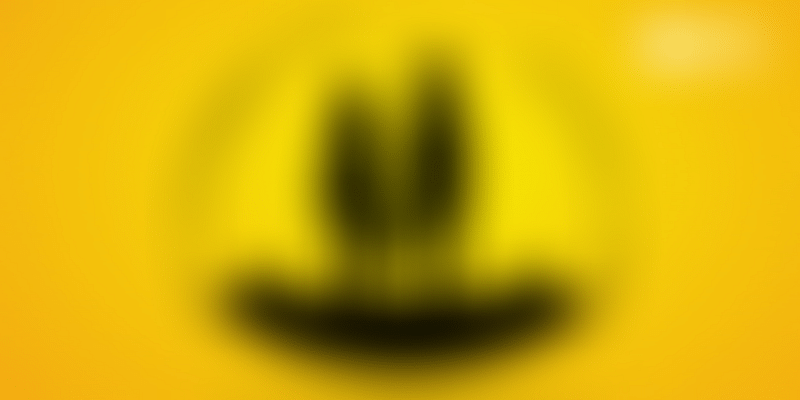 Adolescent girls from marginalised groups are most invisible and unheard groups. Find the results of a survey that attempts to capture recommendations of young girls that they are built into programmes that help in their safety.

India’s #MeToo movement, brought in a definite glimmer of hope that women will be heard. As the movement grows in strength, one can’t but hope it extends in breadth also – to include one of the most invisible and unheard groups: adolescent girls from marginalised groups. This survey is an attempt to capture recommendations of young girls in the hope that this perspective is built into policy and programme design around girls’ safety.

Through this survey, Aangan asked 386 adolescent girls from low-income households (with an average annual family income of Rs 48000 or $ 685) about their experience growing up in informal settlements (bastis) of Khurda (Odisha), Patna (Bihar), semi-urban district Bokaro (Jharkhand) and rural district North 24 Parganas (Bengal). The aim was to understand their own experience with harassment, discrimination, isolation, exploitation and access to safety services.

“Several girls from my community are missing or lost, but usually they just run away.”

India’s National Crime Records Bureau data reveals that among reports of missing children, the highest number of cases are about adolescent girls. About half the girls Aangan interviewed reinforced this and knew girls who were missing from their communities. They used the term “missing” to describe girls who were lost, trafficked, kidnapped, sold or had simply disappeared overnight. 55 percent of girls said they knew of girls who were missing. But significantly higher than that – 89 percent of girls believe that running away from home is common in their neighbourhood.

“My cousin is a teenager and she ran away recently. Within a few months she returned. We don’t know exactly what happened, but now her family is not allowing her to re-enroll in school, and she hardly ever leaves the house,” reports Saira (name changed), from North 24 Parganas, Bengal. Reasons for running away from home are varied, but many girls voice feelings of isolation and hopelessness in their homes and communities. One 15-year-old said, “I do not feel supported by my family.” while another said, “I have often considered running away. I imagine that anything is better than this place.”

Recent data from the Indian Railways reveals that over the last three years, the numbers of runaway minor girls has almost doubled. The report clarifies that girls were neither lost nor kidnapped: they had in fact chosen to leave home.

This raises an important question: if adolescent girls are exercising agency to separate from protective family care, then perhaps it is important to understand more about the breakdown in protective systems available to them to understand why adolescent girls are leaving their homes in the first place? What steps could policymakers, officials or families take to strengthen the protective environment so that adolescents have access to school, friends, leisure, support and opportunities – all of which play a large role in keeping girls safe in family care. Does this perspective also require some reorientation of policy and programmes to strengthen preventative work with the group?

“School feels safe, but nobody understands that getting there is difficult and dangerous.”

Most girls interviewed (82 percent) felt safe inside schools. This feeling was highest among schools in West Bengal and Odisha and lower in Bihar and Jharkhand. Twelve percent of girls surveyed never attended school. The highest number of girls who were not enrolled in school was in Jharkhand at 24 percent. Most of these out-of-school teens were unable to articulate exactly why they were out of school. However, some linked this to the fact that “they were grown up, of marriageable age,” immediately signalling that they were at risk of early marriage and unsafe at home, despite being in family care.

Forty four percent of school-going girls said their route to school was unsafe, referring to harassment, sexual advances and attacks that they had experienced on the way to school. "While walking to school, we have to deal with harassment every day. But if we bring up such topics with our parents they might say it is our fault and stop us from going to school at all," says Priya (name changed) from Patna.

“I need support from my family and police to keep safe.”

Girls were asked if they could recognize risk and if so, could take steps to keep safe.

For organisations working with adolescent girls, this is a reminder that safety planning work with girls is important and must be integrated into school curricula or community activities, but should probably not be limited to girls alone. Supporting families to find ways to support and respond could be equally crucial.

“We don’t trust the police.”

Girls shared that they would rarely approach police officials about a concern or a complaint. Seventy-one percent girls said they do not feel confident to approach the police in case of harm. Those surveyed talked about how informal systems like panchayats or older people in the community were more likely to be helpful in case of danger, harm or harassment. Only 28 percent of girls across locations knew they could complain about harassment and what an FIR (First Information Report) was in the context of filing complaints. The reluctance to confide, complain and seek out police protection could be linked to the fact that only 3 percent of all girls surveyed believe that police would act in their best interest if approached, 74 percent believed they would not and 23 percent were unsure.

“Our families do not encourage us to report to the police.”

Girls’ lack of trust in police might also be linked to family experience and history with the police. Sixty-eight percent of girls revealed that (they believed?) their families currently would not consider reporting danger, or even reporting an actual incident of violence or harassment to the police. Twelve percent of girls also believed that they would be stigmatised in their communities were they to approach police for help, or if community members believed they were “close to the police.” Girls believed this would impact community acceptance of their families.

“It is more important that community members support you than police. If there is trouble, it is friends, neighbours and relatives who ultimately help you. At such times the police would neither be in the picture nor support us anyway,” says a 15-year-old girl from Bihar.

Fifteen percent believed that the police would not take the complaints from their families seriously because they belong to marginalised groups. In fact, 37 percent of girls voiced the fear that religious, tribal or caste group backgrounds would evoke a hostile and uncooperative response from police. “The police would never listen to outsiders like us – especially a Santhal girl like me” says Puja (name changed) from Khorda District in Odisha, who lives in a basti with a mixed group of schedule tribe residents (Santhal and Sahi families who have migrated from districts Mayurbhanj, Baripoda, Balasore).

This perspective points to the important work of addressing the trust deficit between police, families and communities. It also points to the fact that in re-aligning institutional arrangements between police and marginalised communities, these group’s historical relationship with authorities must be addressed rather than ignored.

“Community members usually do not cooperate or work with the police.”

When asked whether women and children had taken proactive steps to work with police or whether police have reached out, most said that police and community members had rarely coordinated efforts. Perhaps mistrust is mutual between police and families. Ninety-five percent of girls believe their families would not assist or support police efforts to make communities safer for women and children. Although they might make efforts independently, they believed that if the police approached their families, community members would probably not cooperate or accommodate questions and requests.

Whilst 35 percent girls voiced that the police “don’t care about people like us”, 38 percent feel scared and intimidated by them. Perhaps this leads to uncoordinated efforts between police and women. Seventeen percent girls revealed that their parents do not encourage them to talk to the police, in fact, parents worry that if their children approach police for help, they will harm them instead. Resultantly, these families prefer if the girls do not talk about their issues outside their home. Ten percent of girls also suggested that their families prefer women and children to stay in and care of their homes clearly indicating gender stereotype roles are highly prevalent with these communities.

“Women police are around in my community.”

Across all communities, adolescent girls shared that women police officers were seen around. Seventy percent of adolescents reported having seen them fairly regularly. This was particularly high in Bengal where 98 percent of girls reported seeing women police at work, and 89 percent reported to have seen them in Odisha. This coincided with areas where girls reported that they felt more confident to register a complaint with the police. In Bengal, it was at 22 percent and in Odisha, at 63 percent It was different in Jharkhand where only 29 percent had seen police and about 13 percent would consider approaching police for a complaint. In Bihar, 64 percent had seen women police and 15 percent considered reporting.

A word of advice from adolescents to police:

When asked what advice the girls would like to share with police, 32 percent of them felt that police need to be more sensitive to their issues and be more approachable. Fifteen percent girls felt that police should help girls stay in school to avoid child marriage and 21 percent girls voiced that police should pay more attention to women and girls’ issues; then police, women and children would be able to work effectively together in eradication child harm. Girls also believe that improving their sanitary conditions and not asking for money (bribes) from poor families when they approach for help could bring the community closer to the police.

Conversations with adolescent girls are a reminder that safety measures demand a multiagency response to cover a spectrum of safety measures in multiple locations – roads, schools, homes, police stations, homes, railway stations, and public toilets to name a few. Such comprehensive solutions will only be possible when adolescent safety work is taken off the sidelines and child voices are placed at the center of discussion.

The data was collected between June to August 2018 using a structured questionnaire, administered through face to face interviews with the respondents.