Not sure about buying an electric bike? Rent one from eBike and do your bit for the environment 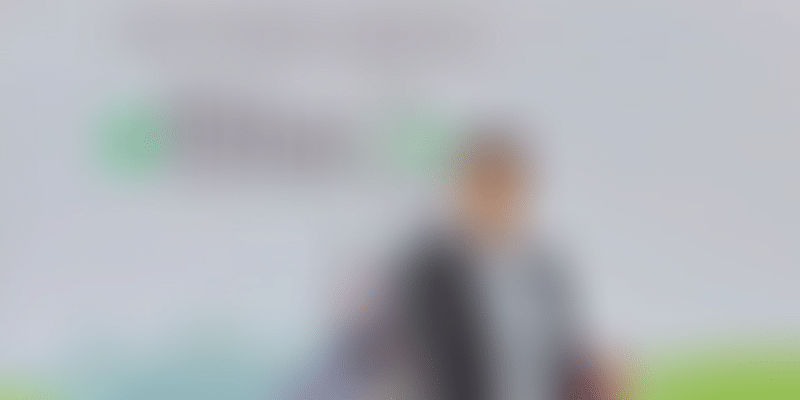 Delhi-based startup eBike, which began operations in Amritsar in 2017, offers electric bikes on rent and for delivery. It has 460 bikes on the road and big plans to scale up.

After Dr Irfan Khan completed his PhD in alternative medicine from Colombo, Sri Lanka, he decided that he wanted to work on 'curing' the environment. Keen to tackle the widespread problem of pollution, he launched eBike, an electric bike rental platform, in 2017. The online platform, which has a presence in five cities presently, offers an economical and environment-friendly commute option and is hoping to change the way Indians travel.

Speaking to YourStory, Irfan said, “In 2014, I started an NGO, Swachh Dalhousie, to rid the city of the trash that piles up due to tourist influx. Under this NGO, we organised many successful campaigns, and students and employees supported the cause. Seeing that, I thought of doing something similar pan-India. Multiple ideas came to mind, but I settled on eBike in 2017.”

Irfan, 42, raised funds initially from friends and family members, and plunged into the startup world. The Delhi-based startup began operations in Amritsar with 70 electric bikes. Now, it operates through an app and offers electric bike rentals, delivery, and taxi services (to be launched soon). At present, it has 460 bikes on the road in Agra, Delhi, Amritsar, Jalandhar, and Jaipur.

Irfan says, “We use the Ridge+ scooter manufactured by Okinawa Scooters. It costs around Rs 83,000 on the road after deducting a government subsidy of Rs 22,000.” The scooters run on biodegradable lithium ion (Li-on) batteries.

The rental charges vary. Hourly rates start from Rs 20 (runs about 4 km to 5 km) to Rs 200 per day and Rs 5,000 per month. If the customer charges the bike at a charging station on his or her own, it costs between Rs 12 and Rs 20. Charging is free at eBike’s charging points.

“For hourly rentals, we ensure that we charge the bikes fully and then rent them out. The bikes have detachable batteries. And just like charging a mobile, one can take out the battery and charge it through a two-pin socket,” Irfan says.

eBike is targeting tourists, students, working executives, and delivery chains. The startup has already set up six charging stations: one near Jaipur metro, one at CP in Delhi, two in Amritsar, and one each in Agra and Jalandhar.

Unlike other companies and rental platforms that use fuel-guzzling scooters and bikes, eBike saves on costs by not spending on fuel. “For example, a person rents an Activa for Rs 400 a day and needs to fill in petrol worth Rs 200. We, on the other hand, charge only Rs 200 for a fully charged scooter per day,” Irfan says.

As of now, only two of the services – bike rental and delivery – are operational. The eBike Taxi will be launched in Delhi first after getting approval from the government.

Also read : Orxa is revving up to roll out an electric superbike and ensuring that charging it won't be a problem

The roadblocks along the way

The founder says the biggest challenge was - and still is - the marketing and making people understand the “need to go green and opt for a sustainable mode of commutation.”

“But meeting the target audience, including delivery guys, students at hostels, and tourists at hotels personally helped us overcome this challenge,” he says.

Irfan adds that the high cost of a battery means the rentals “are not very flexible”. “The lack of charging stations means that if someone wants to extend the rental period, it is a challenge. How will the customer charge the bike?” he says.

eBike is hoping that funding and partnership with stakeholders will help the company overcome this challenge. The startup is in talks with multiple investors as of now. Irfan, says, “We can set up charging stations at metro stations once we get approval from metro authorities. We are trying to tie up with HPCL and BPCL for setting up charging stations at petrol pumps. We are also in talks with a large hotel chain; if we partner, we can set up charging infrastructure in their premises too.”

The Acma-Roland Berger report mentions that by 2025, about 35 percent of the total two-wheelers on road can “potentially be electric”.

eBike competes with funded bike rental startups like Vogo, Wheelstreet, and Bounce (formerly Metro Bikes) and some bike taxi platforms like Rapido and UberMoto. But eBike’s USP is renting out electric bikes.

On the road to the future

eBike generates revenue through rentals from tourists, and from tie-ups with logistic service providers. The company aims to bring on the road a fleet of 10,000 electric bikes in Delhi alone in a span of two-three months.

“By 2020, we want to capture 2-3 percent of the bike commuters who use bikes for business and tourist purposes across India. We will be able to reduce 5-6 percent of the carbon monoxide in some cities by 2022 if go things go as per plan,” Irfan says.

Irfan is setting the bar high – he wants to fight global warming through his startup. “We plan to expand to Africa and South Asia. We are in talks with various prospective partners and are planning to manufacture our own bikes in the near future,” he says.

That’s not all. eBike also wants to help dealers and individuals buy electric bikes. “We have partnerships with finance companies and can help them (dealers) for their inventory funding. We can even help customers with funding to buy an electric bike,” Irfan says.