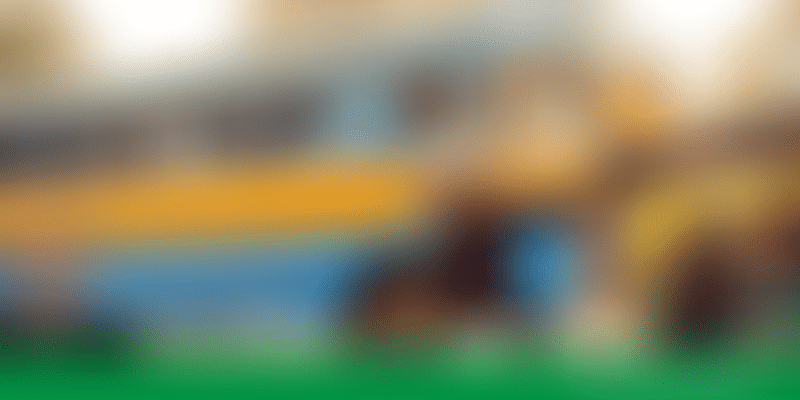 A sign kept 50 metres too far can lead to a fatal accident. So what are the citizen groups and government doing to ensure better road design in India?

As many as 589 people lost their lives in India due to faulty road design and engineering in 2016, according to the Road Accidents Report published by the Transport Research wing of the Ministry of Road Transport and Highways. While over-speeding and drunken driving are listed to be the main factors causing road accidents, poor road design is not an element that can be overlooked.

The Gopalganj district of Bihar, National Highway 4 leading to Kancheepuram in Tamil Nadu and Old Kasara Ghat area in Maharashtra and National Highway 65 leading to Kurukshetra in Haryana are some of the areas that are most prone to accidents in India, according to records maintained by the traffic police of the respective jurisdictions over the years. And a large number of road accidents that have taken place in these localities are because of poorly designed roads.

While road crashes are overwhelmingly caused by human error, the untapped potential to prevent death and injury lies with dealing with the road infrastructure itself. And both the government as well as citizen groups are making concerted efforts to rectify badly designed roads in the country.

Also Read: Road to recovery: What needs to be done to cut down on road accidents and ensure a safer India?

What makes for prudent road design?

The key to flawless road design lies in maintaining consistency with safety standards so that motorists and drivers do not encounter dangerous or unexpected situations.

“Aspects like display of signage, placement of traffic signals and medians, position of intersections, including adequate refuge for footpaths, need to be considered before preparing the layout for roads. If these elements are put in place, last-mile connectivity will be seamless,” Naresh Narasimhan, architect and urban designer, Venkataramanan Associates, tells YourStory.

Road signage helps drivers by giving them warnings in case of hazards. If placed at the wrong juncture, they cannot avert a mishap. If the sign for a ‘sharp turn’ is placed only 50 metres before a turn, the driver may not have sufficient warning to prepare himself.

Medians are necessary on those roads where the average speed exceeds a certain limit so as to separate pedestrians from motorised traffic. A raised footpath along the road or placement of pedestrian crossings at appropriate intervals will do the trick. This will decrease the chances of collisions and also make way for passers-by.

The positioning of road humps, intersections, and street closures are important to lower the speed of vehicles especially on expressways and residential areas.

“Traffic calming structures ensure smooth entry and exit of vehicles on the road. It also ensures right of way for pedestrians, which is pivotal to a good road design,” says Ravichandar, a civic evangelist.

The Ministry of Road Transport and Highways has taken up a host of measures to fix poorly designed roads. The Bharatmala Pariyojana scheme was launched in 2017 to bolster the efficiency of freight and passenger movement across the country. “The objective of Bharatmala is to bridge infrastructural gaps by laying service roads and expressways, and connecting corridors to facilitate smooth movement of vehicles. A sum of Rs 5.6 lakh crore has been allotted for the same,” says Sanjeev Kumar, Chief Engineer, Standards and Roads Zone, Ministry of Road Transport and Highways.

Also Read: Safety first – how these startups are ensuring you reach home safe

The government also penned down a list of principles for road safety engineering last year. This consists of measures to enhance road safety, and guidelines for inspection of roads, including the plan of action to implement remedies in case of poorly designed roads.

The most vital step that was taken up by the ministry was that of identifying accident-prone areas, more commonly known as "black spots", across India.

“An extensive audit of roads is being undertaken by engineers and designers to identify defective road designs. Over 800 black spots have been identified, out of which half of them have already been rectified. The others are in the pipeline currently,” Sanjeev told YourStory.

The Indian Road Safety Campaign is a youth-led initiative of the alumni of IIT-Delhi whose mission is to help cut down road accidents by redressing improper road infrastructure. The campaign, which was started in 2016, offers a two-month paid "policy internship" for undergraduate students, through which they can learn to identify and fix unsafe roads across the country. A hundred interns get selected every year from over 500 applicants.

“We train all the interns by organising workshops and providing access to webinars. Once they acquire the required knowledge, we send them for road audits. They are expected to survey the layout and design of roads, talk to local stakeholders in the locality, and finally submit a report,” says Manas Choudhary, a core member of Indian Road Safety Campaign.

When it comes to rectifying all the ill-designed roads, the interns are guided to get in touch with concerned local authorities, to help resolve the issue.

“About 500 problems have been determined by the interns, of which we have managed to fix only 15. However, efforts are on to resolve the others. I particularly remember one project where the interns identified the low visibility of signages on one of the roads in Ahmedabad due to plantations on the divider and on either sides of the road. This issue was later fixed by contacting the concerned officials who helped take down the green coverage,” Manas says.

Designing roads is a long process, which includes assessing road needs and transport options, designing an economically and socially viable set of roads, and - more importantly - providing for future extensions and reconstruction. A joint effort by the government and citizens is helping in terms of ensuring better and safer roads and rectifying those that are flawed.

This article was a part of the Road Safety Week series, where SocialStory discussed the multiple interventions required to make the Indian roads safer for the citizens.