Indian fintech raised $5.4B in equity funding over the last three years, but where is it headed? 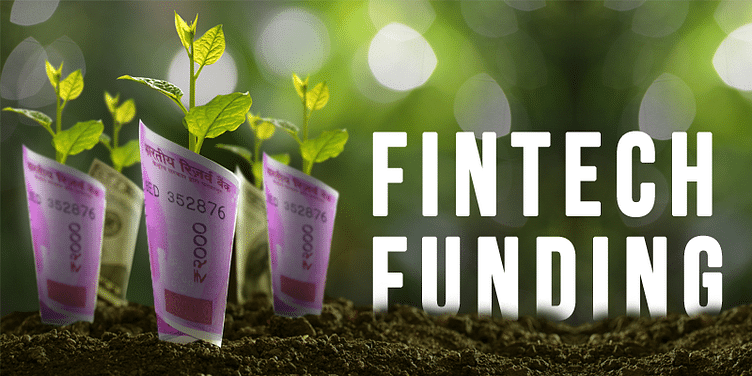 From investments worth $593 million in 2016 to $2.3 billion in 2018, funding the Indian Fintech has witnessed a meteoric rise, and the numbers indicate that the best is yet to come.

The Indian startup ecosystem might be counting a decade or so of its existence but there is one sector that is only now coming on to its own.

Fintech startups have found their place under the sun only over the last three years. Anyone would tell you the sector shot to prominence after the government demonetised high value currency notes in November 2016 and gave digital payments a big push.

In fact, data collated by YourStory also shows that over the course of the last three years – 2016, 2017 and 2018 – not only has India given the sector a big thumbs up, so have investors with total equity funding raised by sector at close to $5.4 billion. YourStory Research also shows that in 2018 alone, the Indian fintech sector garnered close to $2.34 billion in equity funding, a whopping 300 percent increase from 2016, when total funding stood at little over half a million ($593 million).

This, despite the various regulatory hurdles the sector faced in the last quarter of 2018 – when the Supreme Court said that linking accounts to Aadhaar was not mandatory, resulting in the UIDAI cutting off application programming interface (APIs) gateways for sector players.

This move led to additional friction when it came to onboarding new customers as also higher costs since some companies had to depend on physical identification.

Vivek Belgavi, Fintech leader at PwC India, believes that despite the hiccups, the interest in the sector hasn’t waned.

“There have been small corrections and the last quarter for Indian fintech has been subdued. That cycle cannot be denied, but the overall thrust towards the sector continues to be positive.”

And positive it is – evident from the near $76 million funding across 12 deals already raised by the sector since the beginning of this year. The two biggest rounds in January were raised by Mumbai-based insurance aggregator Turtlemint which raised $25 million and Bengaluru-based wealth management platform Scripbox, which raised $21.7 million.

“In spite of the regulation imposed on this space, the opportunity size still makes it an attractive segment,” says Vivek. “There are gaps when one sees broader trends which are filled in by fintechs. The second proposition is the route to market – and the technologies, fintechs have been tapping to spread their outreach. Over the past years, every data network in the country has upgraded, leveraging more individuals to be targeted by fintechs.”

These factors have been a big plus for investors, leading to a steady funding flow. “There are ample opportunities in the fintech space, hence it will continue to attract high investor interest,” adds Abishek Surendran, Partner at pi Ventures.

Analysts believe 2019 will continue to see investors excited for the sector for a multitude of reasons.

Paytm’s $1.4 billion mega fund raise from Softbank made up nearly 57 percent of the total equity raised by the sector in 2017, but 2018 had a different story to tell.

The Series D round saw as many as six deals in 2018, a sign that the ecosystem was finally maturing. These deals included point-of-sale company PineLabs raising two rounds and insurance behemoth PolicyBazaar’s $200 million round from Softbank. Compare this with 2016, when no startups made it to the Series D stage, and 2017, when only PolicyBazaar and Paytm raised late-stage investments.

In 2016, the total number of Series C, Series D and Series E deals stood at four. This number grew to 12 in 2017, and stabilised at the same number in 2018, clearly indicating that investors are taking bigger bets on the Indian fintech sector.

But Vivek believes this isn’t enough. “There have been fintechs in the matured stage. However, the industry needs large PE and VC funds to make investments in the space,” he adds.

Until last year, Paytm was the only Indian startup representing the fintech sector in the ‘unicorn’ club. Now, it has company. Mumbai-based payment gateway BillDesk, insurance conglomerate PolicyBazaar, and payments startup PineLabs are also now part of the coveted club, making the fintech sector having the maximum number of unicorns, higher than the ecommerce sector.

Also read: Funding in 2018 signals birth of a mature startup ecosystem in India

While on the one hand the ecosystem is becoming more mature, on the other, there is another reality. An average of only 35 percent of all startups raising pre-Series A funding make it to the Series A stage. This number has been constant over the course of the last three years.

Sanjay Swamy, Managing Partner at early-stage VC firm Prime Venture Partners says that most areas in fintech continue to be heavily regulated, leaving lesser room for innovation. With the stakes being very high, the ones that show differentiation and promise to scale (despite the regulations) are the ones who raise Series A rounds.

“The differentiator and success of these early stage businesses purely depends on their distribution model or hack, along with the newer data sets they can leverage,” adds Sanjay.

And, he adds, this phenomenon is a fact for every sub-sector, including lending, which is currently an investor favourite. Says Abishek, “In early-stage financing, investments in lending startups have fallen out of favour. Tech-based credit risk models have become a commodity and investors expect more financial or tech innovation.”

4)    Quantum of investments has risen

When compared with 2017, the amount garnered at this stage grew by 80 percent to $240.5 million in 2018, with the total number of deals staying more or less the same.

Lending continued to remain the hottest sector in 2018 when it came to attracting investor attention, with half the equity funds invested in Indian fintechs going to lending startups.

This is interesting since the focus of the fintech ecosystem is finally moving from payments to a host of other services, increasing companies’ area of operations.

“There are two reasons for the growing influx of players in the space. First, only 7 to 8 percent of India’s population has access to formal credit, leaving a massive opportunity for players. Additionally, banks and incumbents aren’t serving the entire population. Secondly, from a business perspective, margins are healthy in lending, almost in double digits.”

With close to 76 of the total 144 deals in 2018 going to lending startups, doesn’t the sector seem saturated?

Manish Jain, Partner- Fintech at KPMG says, “The country is too big, and there is still a lot lending startups can cover. But Tier I and Tier II markets are mostly saturated and the real play lies beyond these geographies. Areas beyond the top tiers are difficult because business models don’t support that growth. But the real differentiation for players in this space will lie in last mile connectivity.”

Further, analysts and industry players forecast that lending will see correction this year, with various sub-verticals being consolidated.

6)    Equity investments in insurtech are soaring

Insurtech also garnered much investor attention over the last two years. In 2018, major insurtech players, including Coverfox, Digit Insurance, Acko, and others, raked in $333.4 million in funding, a massive uptick from the mere $13 million raised in 2016.

But the biggest contributor to this number was the $200 million round that PolicyBazaar raised from Softbank. What’s interesting is that Acko, Coverfox, and PolicyBazaar raised funds in 2017 as well, making 2018 the second consecutive year they found favour with investors.

The total number of deals also more than doubled in 2018, standing at nine, when compared with four deals in 2016.

While, investors are taking late-stage bets in lending, they are looking for early-stage innovative ideas in insurance. Abishek adds,

“Investors are still looking to finance early-stage startups in the innovative insurance and financial product space. They are actively looking to fund products relating to specific event-based insurance, AI-based hedge funds etc. which are expected to see good growth. We foresee blockchain to have significant impact on the sector.”

Growth of the fintech sector also propelled advances in wealth management and stock trading. And in testimony, the biggest payment companies in India - Paytm, PhonePe, and MobiKwik - have all forayed in to the segment. The move also got a fillip when Bengaluru-based Zerodha became the biggest stock brokerage in the country, toppling incumbents including ICICI Securities and HDFC Securities.

There is a reason for this. Sanjay says that while this segment looks lucrative, the real deal lies in the differentiation around distribution of products, since most of the products sold continue to be the same.

According to Nasscom, the Indian fintech market is expected to grow at a CAGR of 22 percent for the next five years. But numbers tell the complete story: of the rise and rise of India’s fintech sector.