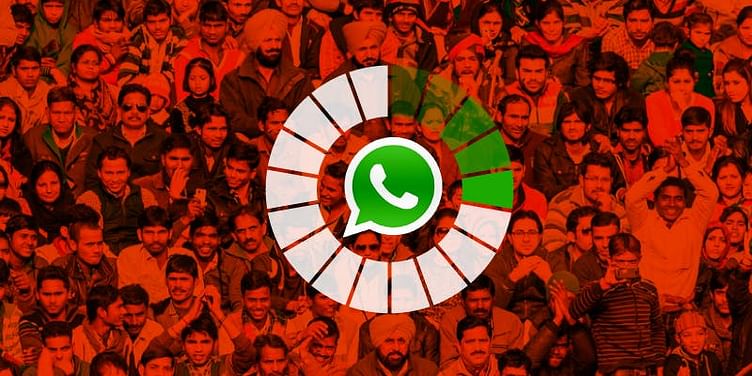 After realising the rampant spread of false news and misinformation on the internet, particularly through the popular messaging platform, the government has sent a notice to WhatsApp.

From tinkering with its app to bolstering fact-checking initiatives, WhatsApp is leaving no stone unturned in its battle against fake news, especially ahead of a crucial election season in India. In fact, just last month, the Facebook-owned messaging platform announced that it will be limiting the option of message “forwards” to only five chats at a time, a practice adopted to continue the crackdown on the spread of rumours and misinformation.

And now, WhatsApp has yet another mammoth task ahead – to come up with effective solutions to establish accountability in addition to curbing fake news. The latest direction to the global messaging service provider came directly from the Centre. After realising the rampant spread of false news and misinformation on the internet, particularly through the popular messaging platform, the government took the step and sent a notice to WhatsApp.

"Ministry of Electronics and Information Technology issued notices to WhatsApp conveying that they need to come out with effective solutions that can bring in accountability and facilitate enforcement of law in addition to labelling forwards and weeding out fake news," Union Minister of State for Home, Hansraj Ahir said in written response to a question in the Lok Sabha, as per media reports.

He had added: “Meetings with law enforcement agencies and intermediaries are held on regular basis to strengthen the coordination framework for better enforcement of the law."

Even before the government directive, though, WhatsApp had started working towards this cause. The company began with circulating social ad campaigns, laying out detailed guidelines on how to steer clear of fake news, and hired a dedicated grievance officer for India.

Chris Daniels, CEO of WhatsApp, during his meeting with Union Minister for Electronics and Information Technology Ravi Shankar Prasad earlier this year, had assured measures to comply with the requests and ensure the platform is not misused.