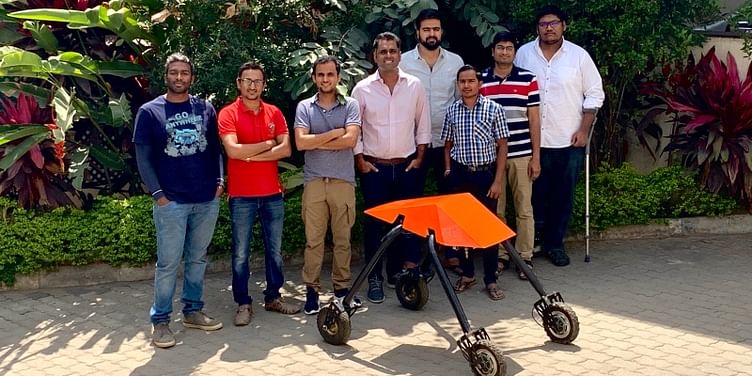 Agritech platform TartanSense will use the funds raised to scale its first product - BrijBot - a weed spraying robotic solution, for small cotton farmers.

Bengaluru-based agritech and robotics platform TartanSense has raised $2 million in seed funding. The round was led by Omnivore, Blume Ventures, and BEENEXT.

With the funds raised, TartanSense plans to scale its first product - BrijBot - a weed spraying robotic solution, for small cotton farmers. The robot helps reduce weeding costs by close to 70 percent. This will help improve the profitability of cotton farming in the country.

Founded in 2015 by Jaisimha Rao, TartanSense builds robots for small farms. The bots use AI-assisted computer vision and robotics to build precision sprayers for weed, insect and disease control. While working on his family’s coffee plantation, Jaisimha noticed the lack of data-driven decision making on the field, and founded TartanSense to bridge this gap.

“The bots are flexible enough for different crops and different kinds of fields. Robot is a tool for locomotion, the actual technology and differentiator is the AI-assisted computer vision it provides. The goal is to add harvesting capabilities as well.”

He says affordable and portable farm robots can be helpful for farmers with small landholdings. The robots would give them access to tech AI, robotics and computer vision. Jaisimha holds a BS in Computer and Electrical Engineering from Carnegie Mellon University, and spent six years with Wall Street firm BlackRock managing portfolios of securitised products.

On the funding, Karthik Reddy, Managing Partner at Blume Ventures said in a press statement, “As backers of GreyOrange, we are firm believers that Indian deeptech can scale globally, and we think there are limitless possibilities for agricultural applications.”

According to YourStory Research, at least 13 agritech startups raised total funding (disclosed amounts) of around $65.6 million in 2018, up over 21 percent from around $54 million across 18 agritech startups in 2017.

With 157.35 million hectares of agricultural land, India has the second largest area of arable land in the world. It is this scalability factor that has led to such strong interest in agritech startups from venture capitalists and private equity firms. With a reported gross value added (GVA) of agriculture and allied sectors at Rs 17.67 trillion ($274.23 billion) in FY 2018, and growing at a compound annual growth rate of 2.75 percent over FY2012-18, the sector has a strong opportunity to be disrupted through technology – something agritech startups have just started doing.

Mark Kahn, Managing Partner of Omnivore, said, “AI and robotics offer the opportunity for Indian agriculture to leapfrog into the future, bypassing legacy technologies. While the global AgriTech sector has seen multiple robotics startups, including Blue River Technology which was acquired by John Deere, TartanSense is the first Indian agritech startup focused on robotics. Omnivore is proud to support TartanSense as they bring the AI and robotics revolutions to India’s smallholder farmers.”