Here’s why K Vaitheeswaran, the founder of India’s first ecommerce platform Indiaplaza, is starting up Again 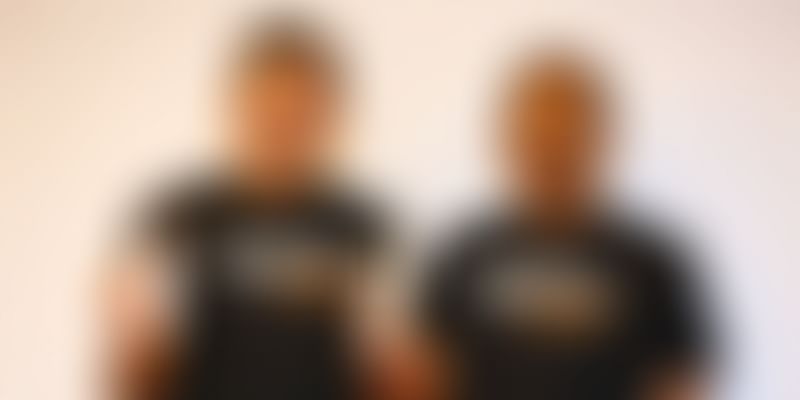 K Vaitheeswaran joins hands with Indiaplaza co-founder Sundeep Thakran to launch Again. The health drinks startup aims to make a dent in the beverage market with a nutritious product that combines the five major food groups.

On September 29, 1999, at Gateway Residency’s Tipu Chamber, K Vaitheeswaran and his five co-founders had announced the launch of Fabmart, which later led to the launch of India’s first ecommerce platform, Indiaplaza. Twenty years down the line, Vaitheeswaran, and one of his earlier co-founders Sundeep Thakran launched his next startup: Again.

Again makes and markets a yoghurt-based health beverage by the same name.

“There were six of us who started Fabmart. Four of them went on to start BigBasket, and now Sundeep and I have started Again,” says Vaitheeswaran, better known as Vaithee.

Six years back, after Vaitheeswaran shut down Indiaplaza, he went on to mentor and advise many startups. His Indiaplaza journey is a well-documented, cautionary tale that many entrepreneurs have heard and read. He also authored Failing to Succeed: the story of India’s first e-commerce company, which chronicled this journey. It was when Vaitheeswaran published his book two years back that Sundeep came up with the idea to start up Again.

Sundeep’s son plays tennis on a junior international level and needed healthy and nutritious beverages, but the former realised there weren’t many options in the market. “Protein shakes are an option, but it that isn’t something I would want to give my 14-year-old. There aren’t many natural food choices for tweens, teens, and even older people,” Sundeep says.

“We discovered that close to 56 percent of obesity, diabetes, and health conditions were caused due to poor dietary patterns and lifestyle.”

The primary cause is easy access to processed foods. The duo saw that as per a study by the US Department of Agriculture, a balanced diet comprises five major food groups - dairy, fruits, vegetables, proteins, and grains.

“We wondered if it was possible to make a beverage with all the five,” Vaitheeswaran says. They decided to focus on building a product that had no added sugar, preservatives, and artificial flavours, and was wholesome and nutritious. They wanted a product that was ready to consume and had a shelf life of 90 days without refrigeration.

“We were keen on all this, but also knew that at this point setting up a cold supply chain would be difficult. Especially in India, where the cold supply chain is broken. Even if we could manage the cold chain at the backend, managing it at retail outlets isn’t easy,” Vaitheeswaran says.

The founding duo soon roped in a product development partner with over 20 years of experience in heading food R&D in an MNC. “We started by making the product in our kitchens; once we liked our own recipes, we roped in the partner,” Sundeep says. But even after that, it took 18 months to create the final product.

Vaitheeswaran explains this is primarily because they weren’t willing to compromise on any of the pointers they had decided on.

The Again team has tied up with two third-party manufacturers: Nilgiris Dairy Farm in Bengaluru and Quality Milk Farm in Kanchipuram. They have farmer and vendor tie-ups for raw materials, and have also collaborated with Jain Farm Fresh.

“We found the retail tie-ups relatively easier, considering we come from the retail background,” Vaitheeswaran says.

Launched today, the product is available on BigBasket and offline stores such as Godrej Nature’s Basket, Namdhari Fresh, and Select Star Bazaar in Bengaluru. The product, available in four variants, is priced at Rs 50, with an introductory offer of Rs 39.

According to a Reuters report last year, Danone was planning to invest in 20-25 firms by 2020 through its investment arm. The company is also looking to buy six or seven companies, focused on sustainability and health, every year.

The Again team has raised undisclosed angel funding from HNIs and professionals. Vaitheeswaran says they aim to target 3 percent of the market. “The initial plan is to launch and grow in South India before launching across India,” the founders say.