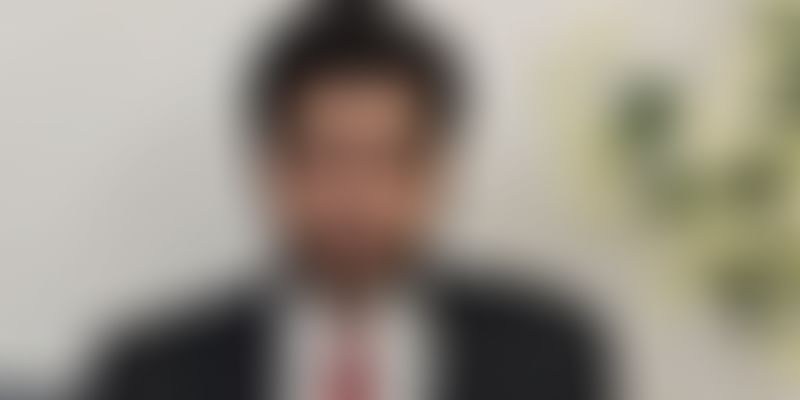 Did you know that raising livestock for meat, eggs, and milk causes immense damage to the environment? Dairy and beef cattle produce the most amount of enteric methane, which is much more harmful to the environment than any commercial vehicle on the road. The methane produced is essentially a result of animal burping, thanks to the kind of food provided to the cattle to get more milk, meat, and wool. Reports also suggest that methane gas can damage the environment 28 times more than carbon dioxide.

According to the FAS/USDA, there are more than a billion cattle in the world, and India leads the pack with 30 percent of cattle heads. But, in terms of consumption, the US leads with 12 million metric tonnes of beef consumed annually.

Realising the harmful effects, Kartik Dixit from Nagpur, while researching meat consumption and how animal agriculture was destroying the environment, felt it was necessary to tie up with food scientists and researchers to come up with an alternative meat product.

The 24-year-old met Dr Pavan Dhar, 52, and Dr Siddarth Manvati, 33, two scientists at Jawaharlal Nehru University (JNU), in 2018 to try and grow cells in a lab and clump them into protein to stop the damage caused to the environment. And thus, ClearMeat was born in 2018 in Delhi.

“Lab-grown protein is far more effective for the future of mankind and to save the planet,” Kartik says.

ClearMeat, which claims to be India’s first clean meat startup, is currently working on using chicken cells to create a texture like edible chicken keema. However, the chicken need not be culled; its cells can be extracted, and the bird can walk free.

After graduating from YCC Engineering College, Nagpur, in 2015, Kartik’s first stint as an entrepreneur was developing a grocery delivery app. Although the first couple of ideas did not take off, he found his calling in 2017.

Back then, coming up with an alternative for chicken meat seemed like a great idea. But the world did not seem ready to accept young Kartik’s thoughts. He met over 40 scientists who shooed him away for being a novice. But, Kartik was relentless. He went to JNU and met two senior researchers at the biotech department who gave him a hearing.

Dr Pavan Dhar and Dr Siddharth Manvati realised the Kartik was up to something because the business numbers were compelling; all they had to do was clump plant-based cells together and create a protein. They had earlier worked on molecules that initiated new behaviour in cells, and Kartik’s idea appeared to be a way to commercialise their research.

While most such research does not often translate into business or commercial ideas in India, Kartik managed to convince these two scientists otherwise. Siddharth and Pavan decided to join Kartik to give life to his idea in early 2018, and the ClearMeat journey started.

According to the Institute of the Future in Palo Alto, by 2023, artificially grown meat will be a common sight in supermarkets in the west. In India too, you will probably see it in major cities in the coming decade. According to OECD, India’s meat consumption is the lowest in the world with just two kg per capita when compared to Israel, which stands at 58 kg.

To find a solution to this problem, several dozen companies across the world have come up with alternative solutions to save the planet with their lab-grown meat initiatives. In 2013, Netherlands-based Mosa Meat created a burger patty after raising $325,000 from Google’s Sergey Brin. It has not been rolled over commercially across the globe.

Similarly, Impossible Foods, based in the US, raised $250 million from Google Ventures to create a plant-based burger that looks like a beef burger. There are 10 other companies doing this in the US and Israel, but not in India.

In November 2018, ClearMeat startup was selected by the Pro-Veg Incubator in Berlin to pitch its business idea, and the company ended up securing the second place among 100 others in the global competition. After seeing success here, the company connected with several global funding houses in the US such as the Glasswall Syndicate, which funds ideas that can protect the environment.

The company has currently set up a lab in JNU, and is now working on creating affordable protein. At present the cost of artificially grown meat is two times that of mutton per kilogram, but as the product gains acceptance, Kartik believes the price can be less than Rs 200 per kg. The company’s founders have pooled in their own money into the startup.

“This will be the safest and most hygienic meat available in the market soon,” Kartik says.

The team, however, did not want to give any timelines on delivery of its commercial product. Being a research company in its first year of operations, the founders are on the lookout for venture capital support in India. Their future plans are to retail the product, currently in research phase, in 18 months.

Artificial meat seems to be where electric cars were 10 years ago. Heard of, but not tried. Will Indians accept lab-grown meat? Only time will tell.