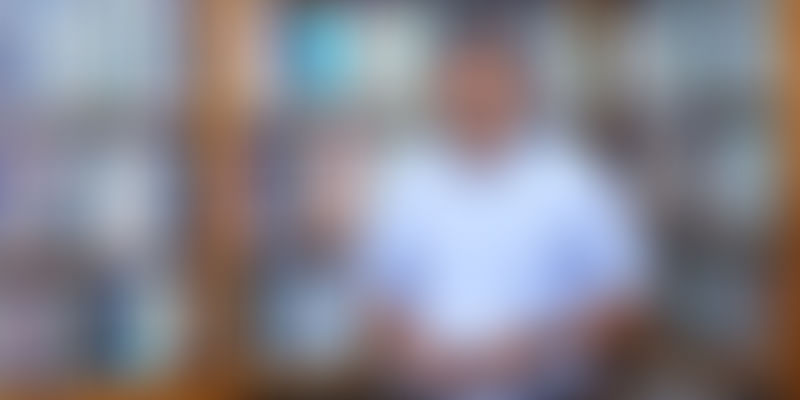 Parth Shah, a former professor of economics at University of Michigan, launched his dream project, the Indian School of Public Policy (ISPP), last year. The inaugural batch will start its classes in August.

It was cold January night in 1997, when 32-year-old Parth Shah, a professor of economics at the University of Michigan, was wheeled in for emergency surgery after being diagnosed with a heart condition. Parth did not know if he would come out of the surgery alive, but he promised himself that if he survived, he would return to India and set up a think-tank, something he wanted to do since he joined his PhD programme in economics.

His dream - the Indian School of Public Policy (ISPP) - began operations in 2018, and its first batch is ready to roll out this August.

“I was walking outside my apartment at Ann Arbor on the night before the surgery, contemplating the chances of survival. I asked myself, what would be my biggest regret if I didn’t make it? And the answer was simple – not being able to set up a classical liberal think-tank training people on principle and evidence-based public policy. I then made a promise – if all goes well, I will pack my bags for India (to do that),” Parth reminisces.

The operation was successful, and seven months later, in August 1997, he landed in Delhi. “I did not know anyone in Delhi. I began to tell people about my idea. I wanted to trigger politics of knowledge, rather than the politics of the street. Finally, Ashok Desai (former consultant with the finance ministry, and the man who helped shape liberal policies of 1991-93 in India) gave me a place to live and launch a not-for-profit think-tank called the Centre for Civil Society (CCS) at his house at Kailash Colony,” Parth says.

Parth began with liberty and society seminars in 1998, and later introduced a series of short-term courses on public policy at CCS Academy. “This was not enough, and the idea of a proper school on public policy was not far from my mind,” he says.

More than two decades after that cold winter night at Ann Arbor, in 2018, Parth’s vision manifested into reality with the launch of the Indian School of Public Policy (ISPP).

The institute was launched on October 23, 2018. It was inaugurated by the Comptroller and Auditor General (CAG) of India Rajiv Mehrishi (CAG India), author Gurcharan Das, and Chairman of the 15th Finance Commission, NK Singh. But how did it all happen?

Parth had discussed his idea with the chairman of CCS, Luis Miranda. “Luis offered to lend his full support and together we met Nandan Nilekani with the idea of ISPP in March, 2018. "With his experience in Aadhaar, Nandan strongly believed that India needed to cultivate professionals in policymaking for the future,” Parth says.

Over the next few months, the academic advisory board and governing council was set up; India Development Foundation’s Founder-Director Shubhashis Gangopadhyay was chosen as the founding dean. The board also included prominent names such as former finance secretary Vijay Kelkar and former vice-chairman of NITI Aayog Arvind Panagariya among others.

A look at the course

The institute offers a one-year, full-time programme as a certificate course that costs Rs 7 lakh. “We are also offering generous scholarships to candidates from disadvantaged backgrounds. We recently gave 100 per cent scholarship to a Vidarbha farmer’s son,” Parth says.

The programme is open to anyone with an undergraduate degree in any discipline. “Although it is not mandatory but we would like to attract people who have some work experience,” Parth adds.

In the first year, ISPP has set aside more than half of its total revenues for scholarships. “We are okay being in deficit for the next few years. Our primary aim is to add value to the right individuals to do the right policy work,” says Parth of ISPP, which is a not-for-profit organisation. The institute wants to cap the annual intake of students at 50.

Other institutes that offer public policy courses in India include OP Jindal University, NLSIU, IIM Bangalore, and ISB. “However, no one is offering quite the same course as we are. Others are mostly in a set university pattern. The course is called Policy, Design & Management and our curriculum is very different; it's a great mix of practice and theory. We focus on SPEL — skills, political economy, ethics and leadership. It is taught not just by pure academics but by industry people as well,” Parth says.