This World Environment Day, here’s a closer look at startups fuelling a sustainable future for India

Every year, the United Nations celebrates June 5 as World Environment Day. Keeping in mind the theme for this year – air pollution – we take a stock of a few Indian startups that are working to change status quo.

Let’s take a moment to evaluate the health of our environment.

Worldwide, around seven million people are reported to die prematurely every year because of air pollution. Of this, approximately four million deaths take place in the Asia Pacific region. These numbers, courtesy of the UN Environment’s report, are undoubtedly grim. Not just for individuals but for major economies across the globe as well.

Believe it or not, air pollution is burning a $5 trillion-shaped hole (in welfare costs) in the global economy every year.

Closer to home, it’s not a very different scenario either. India’s capital city, Delhi, is touted to be among the top 10 most polluted cities in the world. With the air pollution level rising at an alarming pace, coupled with factors like increasing population, rapid urbanisation, and a mounting problem of waste management, it’s imperative to take control of the narrative. If technologically driven solutions are the answer, the question is who’s best suited to implement these.

“What do we need then to make the air breathable amid rapid economic development?” questions Valentin Foltescu, a senior executive with UN Environment. “We must move quickly to low and zero emissions solutions and comprehensive transformations. We should aim for full electrification of sectors in combination with clean energy.”

In India, championing these efforts is a legion of startups working in the EV sector. Leveraging new-age technology and a surge in demand for electric vehicles, these companies – Ather Energy, Emflux, Orxa Energies, and Tork Motorcycles to name a few – are not only spearheading India’s switch to clean energy but also laying the foundation for a sustainable future.

All signs indicating the switch to EVs?

In a bid to “encourage worldwide awareness and action to protect the environment”, the UN celebrates June 5 as the World Environment Day since 1974. This year, the annual event spotlights “air pollution” as the theme. The focus is on highlighting the challenges while involving people across the world through globally held events and programmes.

As part of the conversation around air pollution, it’s imperative to highlight the impact of vehicular emissions.

A study published this year linked two-thirds of the deaths caused by air pollution to exhaust emissions from diesel vehicles, which accounted for nearly 385,000 deaths in 2015. No wonder then that the majority of car owners in the country - 87 percent – are willing to switch to EVs.

One such startup gearing up to cater to this growing demand in the automotive industry is Pune-based Polarity Smart Bikes. The brainchild of design majors Sachin Jadhav and Anand Mohan, the EV company is working towards unveiling a first-of-its-kind two-wheeler this year that will come with an ARAI certification and pedal assistance in addition to the regular riding range. The founders claim that the process of certification has already started and eventually Polarity bikes will be eligible for bank loans and will also come with green registration plates.

“With speed over 40kmph and battery range above 80km, these smart bikes will also qualify for FAME II subsidies,” they add.

But when Sachin and Anand returned to India to further this EV dream, they say the automotive market wasn’t mature. Things started changing with the government foraying into this sector and introducing the National Electric Mobility Mission Plan 2020 and the Scheme for Faster Adoption and Manufacturing of (Hybrid&) Electric Vehicles in India (FAME India).

“All signs were indicating towards a shift to electric vehicles,” say the founders, adding that they want to build a lean brand. “We want to cut the flab as an automotive manufacturer.”

With promises of a reduced carbon footprint, currently all six prototypes of Polarity Bikes are under testing. The aim for the founders now is to find a strategic partner that not just funds the startup but also brings some expertise to the table on the marketing and sales front.

From exhaust emission to agro-waste

Vehicular emission is one of the major contributors to air pollution, but it’s not the only one. Every year, it’s estimated that farmers burn nearly seven to eight million metric tonnes of rice straw immediately after the harvest season. It’s a common scene, in fact, in rural Punjab and Haryana – a phenomenon that affects nearby areas including the National Capital Region (NCR), giving birth to ailments like asthma, bronchitis, retarded nervous system, and cognitive impairment.

“We have developed a technology by which we can convert this residual crop into pulp and related products such as paper, disposable tableware, cardboard etc. The technology operates in the form of a small-scale decentralised unit so that the solution is both affordable and scalable,” says Kanika Prajapat, who co-founded Kriya Labs with Ankur Kumar and Pracheer Dutta.

Rice straw, explains Kanika, is also a cellulosic material like trees. When her and her team realised that one of the main cause of pollution was straw burning in nearby states, they thought of using this straw to make pulp and similar products. “That's when we started working on rice straw, developed a small scale technology to convert it into pulp,” she explains.

The startup was eventually incubated at IIT Delhi’s Business incubator.

“Currently, we are planning to set up a small unit in the concerned region, which can convert local residue in pulp,” Kanika adds. “This will generate employment for local youth as well. We will buy this pulp from them, thus giving farmers a compensation for their waste and channelise them to different markets.”

The art of waste management

From farm waste to waste accumulated on beaches, where there’s an innovative solution, there’s a biodegradable way forward.

Take, for instance, Mumbai-based startup Beco. Founded by four engineers - Aditya Ruia, Anuj Ruia, Akshay Varma, and Punit Batra – the journey of this startup was motivated by the urge to take steps to do away with the never-ending stretches of waste on the sea beaches.

They started Beco in 2017, a startup that manufactures eco-friendly and cost-efficient products such as trash bags, kitchen towels, and tissue rolls. These products provide consumers with the flexibility of single-use items, but not at a cost to the environment.

At the core of every sustainable solution, as it turns out, is an eco-friendly approach. And who would know this better than friends-turned-entrepreneurs Akshay Agarwal and Gajendra Chowdhary, who have taken the eco-friendly experience a notch higher by saying no to plastic and non-biodegradable products. Their organic lifestyle store chain in Pune, Adrish, follows a zero-waste organic buying experience. This means that the products that are sold here are not stored or sold in plastic. If customers forget to carry a bag, the store will provide them with one.

While smaller players and startups in India have been doing their part in bringing down the pollution levels – by managing waste, using technology-driven alternatives for disposal, and by going zero-plastic – the onus falls as much on the big fishes in the pond.

Literally speaking, our oceans and the marine life it supports stand to suffer the most due to the alarmingly increasing amount of plastic residue that traces its way back to the water bodies. Reports suggest since the 1950s, around 8.3 billion tonnes of plastic has been produced; 60 percent of this has been dumped in landfills or the natural environment.

Undeniably, plastic and its impact on the environment is grave. A National Geographic report pegs the global packaging industry for beauty and personal care products at a whopping $25 billion. As is evident – the task of cutting down on plastic is not easy. But it’s not impossible.

Skincare startup Plum, which distinguishes itself as a PETA certified and sustainable beauty brand, is ensuring its contribution to the environment with a sustainable initiative, called Empties4Good. Under this initiative, the brand is encouraging their customers to return their empty Plum bottles after the use. They just have to request a pickup of these bottles through mail or a message, and Plum’s executives will get it back for recycling purposes.

“Most of the sustainability initiatives in beauty and personal care are focused on packaging - because this is what is left behind after use, and is largely made of plastic, which we all know is a big problem,” says Shankar Prasad, Founder of Plum. “So a lot of effort is going into reducing, recycling and reusing plastic, without impacting product quality and safety.”

If brands like Plum are encouraging recycling and zero-waste, other players, operating in the personal hygiene (and more specifically in the menstrual hygiene industry), are delivering biodegradable sanitary napkins and other menstrual hygiene products. These startups, including Laiqa, Saathi Pads, and Nua –are breaching the period taboo across the country while being environment-first.

﻿Talk about killing two birds with one stone!

While steps are being taken, it’s important that more companies – and people – be the change they want to see. It’s vital that we all come together and persevere to preserve our environment.

[Jobs Roundup] Ride the unicorn with these openings at BYJU's 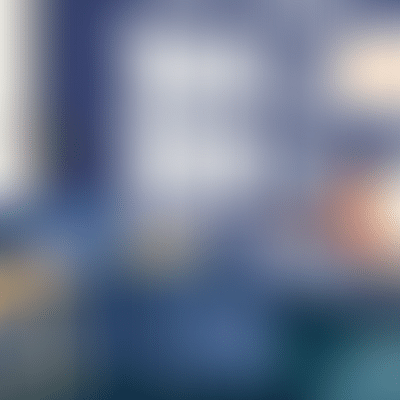 [Matrix Moments] Fintech: A look back at the first six months of 2020