Elevate 2019: Startups in biotech are coming from beyond Bengaluru, says Gaurav Gupta 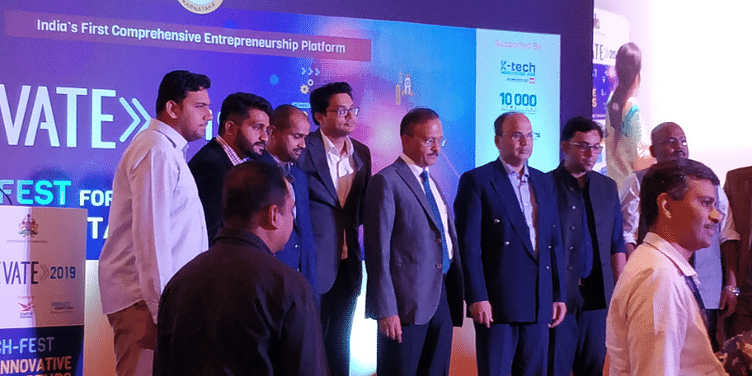 In a panel discussion on empowering startups for growth and impact, panel members spoke about how growth in startups would spur innovation and bring solutions for challenges faced by the society.

Elevate 2019, the brainchild of the startup cell of the IT & BT Department, Government of Karnataka, kicked off in Bengaluru on Monday, putting the focus on ways to identify and nurture the most innovative startups.

In a panel discussion at the Elevate 2019 event held in hotel Lalit Ashok, Bengaluru, Gaurav Gupta, Principal Secretary, Department of IT, BT and S&T and Department of Commerce & Industries, GOK, said that a lot of startups in the biotech space are coming from beyond Bengaluru – from Mysuru, Mangaluru, and North Karnataka.

Gupta, said, “For social sector, startups are looking at creating solutions. If you give them problem statements, they come out with solutions”. He said wherever there is a lack of incubation, space, early funding, and venture funding, the government steps in to support startups.

To a question on scaling up and will the government look to help startups, Gupta said,

“The issue of scale up has engaged the attention of Karnataka Vision group headed by Kiran Mazumdar Shaw. We have been working with the Bangalore bio-innovation centre”.

He added that a lot of energy in the biotech space is coming from beyond Bengaluru – Mysuru, Mangaluru, and North Karnataka.

Anitha Sakuru, Head of Bangalore Chapter, 50K Ventures, said, “Government of Karnataka is far ahead of other state government in terms of promoting startups. We have lots of issues and startups can help solve them”.

Raghavendra Prasad TS, Co-founder of Qikwell Technologies, also spoke about having right people with the right vision in the organisation. The healthtech company was acquired by Practo in 2015.