Petrol pump on wheels: How this Ratan Tata-backed startup grew from Rs 70,000 to Rs 2 Cr turnover in just 2 years 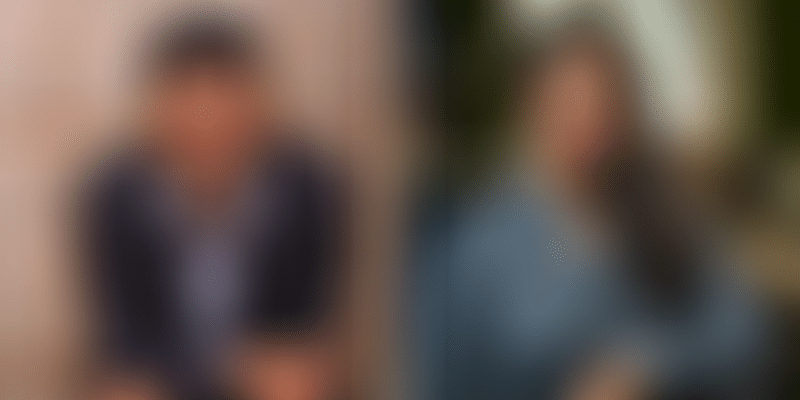 Anyone who decides to start up is familiar with the scepticism and uncertainty that creeps in. Not just from within, but also from naysayers who are particularly doubtful of the younger lot trying something new – like delivering fuel!

Aditi Bhosale Walunj and Chetan Walunj’s story is just that. The husband-wife duo is the brains behind Repos Energy, a Pune-based startup which is leveraging IoT, cloud, and easy and efficient payment solutions to enable door-to-door delivery of diesel in around 65 Indian cities. The Swiggy or Zomato for fuel distribution, it’s gotten a fillip from none other than industrialist and philanthropist Ratan Tata, who has backed the startup.

Repos Energy had also come to the aid of the Odisha government during cyclone Fani by sending bowsers (mobile petrol pumps), and introducing the innovative idea of refuelling rescue speedboats.

Pioneers in this  space, the entrepreneurs have built a profitable business that does away with inefficient and nefarious practices that give rise to losses to the tune of almost 8-10 percent for large scale consumers.

“It’s a one-stop solution for all major stakeholders in the ecosystem,” says the founding duo, explaining how the losses from dead mileage, spillage, pilferage and fuel adulteration can be overcome with the Repos solution.

[UpClose] How NoBroker.com cracked the real estate market with a total broker ban and an intuit...

A turning point – getting on board Ratan Tata

Their biggest support came from an unexpected source – from industrialist and investor Ratan Tata who invested an undisclosed amount in their startup, and that has helped them scale.

“Meeting Ratan Tata was an overwhelming experience. At our very first meeting, he assured us of his support for our idea, and when the solution took initial shape on the ground, and the results were clear as day, we were able to receive his full backing,” they recall.

In the footsteps of Amazon and Flipkart

In 2017, the government made a major breakthrough when the Ministry of Petroleum and Natural Gas announced the commencement of home delivery of diesel and petrol. The move was aimed at cutting down long queues at fuel stations and increasing digital transactions in the sector.

With an ecommerce-like model opening up for oil companies, the idea was naturally a hot new prospect for entrepreneurs. Repos Energy, which was launched in June 2017, was one of the first to venture into the fuel delivery model, changing the way energy is distributed through doorstep diesel delivery.

The name Repos, a portmanteau of the words “relentless and positive” pretty much summarises the journey so far. It was, after all, a random Amazon delivery which triggered the idea of door-to-door diesel delivery for Aditi, 28, a chemistry and forensic science major, and Chetan, 30, an engineer who had taken over his father’s petrol pump business in Pune.

“Our aim is to extend convenience to end-consumers through technology and enable petrol pump owners at the same time,” says the husband-wife duo.

“Repos provides retail outlets with Repos Petrol Pumps (RPPs), which are an exact replica of retail outlets, albeit on wheels. This enables them to cater to bulk customers at their doorstep. Furthermore, these mobile petrol pumps (RPPs) are integrated with a Repos Energy App that allows customers to order fuel, and get it delivered at desired locations,” the duo adds.

The diesel delivery company charges .25 paisa to Rs 2 extra per litre. A delivery below the quantity of 500 litres, however, is charged according to a system based algorithm, which is a function of delivery quantity, delivery distance and time.

The positive way ahead

A team of over 150 people, Repos Energy is bridging the existing gap between needs on the demand side, and constraints on the supply side using technological advancements in product and software. The startup has already associated with over 150 retail outlets across India to provide doorstep diesel delivery solutions.

“Our revenue model lies in gross margins (Rs 2.2) which we share with petrol pump owners. In addition, there’s a convenience fee which is system-driven based on multiple algorithms tying together distance, time, and order quantity,” they add.

For Repos Energy, growth since inception has clearly followed a steady upward graph. Yet, the initial phase, as is the case with most entrepreneurs disrupting a sector with tech, was not a cake-walk. As the solution is brand new, the first challenge Aditi and Chetan faced was to spread awareness and efficacy of the solution among customers.

Many discouraged them as oil is a highly regulated business in India, and is perceived as a sector that faces innumerable governmental regulations.

Contrary to popular opinion, the founders “found immense support” from the government  and from the industry.

“We became a startup that reached more than 50 cities in India within a quarter,” the duo says. Today, Repos boasts a prestigious clientele, the likes of Larsen & Toubro, Tata Group, Mahindra & Mahindra, Schindler, JW Marriott hotel, Phoenix Mall, The Westin hotel, and General Electrical, to name a few.

They were even invited to be members of the task force for the policy formulation of doorstep diesel delivery in India, the couple claims.

Fueling the growth of MSMEs and rural India

“In terms of value, our turnover has grown from a mere Rs 70,000 to nearly Rs 2 crore per month,” says the husband-wife duo who is planning to replicate this model across 32,000 partner pumps next, over a span of five years.

Team Repos is also eyeing sales of 16 crore litres of diesel a day from the Repos platform in the next five years. This will amount to around 65 percent of the total daily diesel consumption in India, according to the entrepreneur couple.

Following their ambitious goals, the backing by Tata Motors has undoubtedly been a boost for the Pune startup. Yet, this is just the first milestone.

In order to expand and ensure that businesses do not suffer losses or inconvenience in procurement and management of fuel, the fuel delivery startup will also look at a fresh influx of capital.

“We are planning to raise funds in the near future,” says the couple who is eyeing the next round of Series A funding.

Their objective? To take the Repos solution to all possible retail fuel outlets in the country with a goal of catering to the fuel requirements of businesses in remote and rural locations throughout India. They hope that this will in turn bolster the growth of the MSME sector and create more employment opportunities in the region.