Alibaba Singles' Day 2019 rakes in $38.4B; How unicorns are writing India's startup story 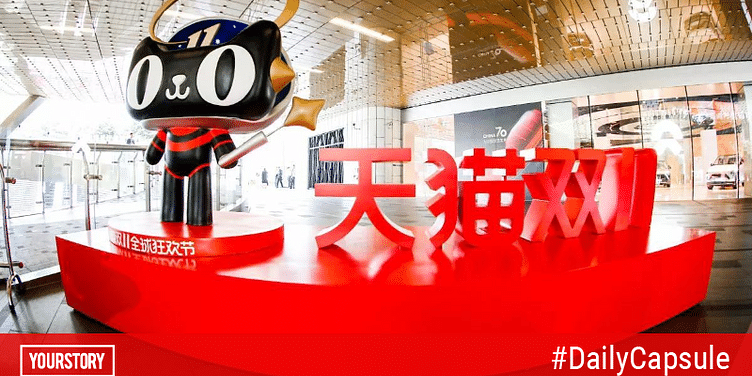 What if you were your best competition? Started in 2008, Alibaba’s Singles Day is now regarded as a benchmark event for the Chinese retail industry and also an indicator of the health of this segment.

This 25.7 percent GMV growth sets aside the apprehension about a perceptible slowdown in the Chinese economy and the online shopping frenzy had participation from across the globe.

InMobi may have been India's first unicorn, but several homegrown startups have since then made their way into the coveted club. With around 24 now, including Flipkart, One97 Communications, Ola Cabs, OYO Rooms, and BYJU'S, the country has emerged as the third-largest ecosystem for more successful startups right behind China and the US but ahead of Britain and Israel.

Brenda Wilkerson of AnitaB.org on the future of women in tech

Speaking with HerStory at the Grace Hopper Celebration India 2019 that recently took place in Bengaluru, Brenda Darden Wilkerson, the President and CEO of AnitaB.org, shares her insights into how things have changed for women in tech today, what she loves about the industry, and why she’s excited about the future.

Started by Vanishri Deshpande in 2017, Bengaluru-based ConnectEcho is using technology and storytelling to solve the hiring problem for startups. Vani started her journey as a leadership recruiter in 2004, and in 2011 joined Flipkart’s talent acquisition team. Her HRtech startup lists Cred, Rapido, Acko, Licious, and Vymo among its clients.

Mohit Beotra left his job at Airtel and went on to establish the Air Pollution Action Group. The social initiative aims to create awareness about air pollution among citizens and work with the government to implement measures to improve air quality.

This innerwear company produces 261 times the renewable energy it needs

Started by Vijaya Raghavan in 2010, Lavos Performance works out of a clean-energy fuelled facility he set up for his first company. Lavos uses a unique bamboo-organic cotton blend to manufacture clothes, and makes Rs 2 crore a year.

Netflix's pricing innovations and increased focus on local Indian content are being seen as major growth drivers. In a first-of-its-kind offering, the OTT service had rolled out a mobile-only plan for Rs 199 in India in July. That seems to have borne fruits.