WATCH: The week that was – from the turning point of ClearTax to the journey of Postman 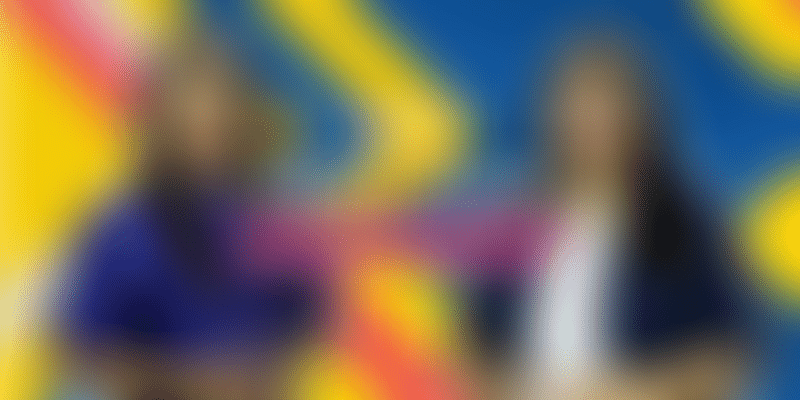 This week, we discovered how ClearTax started its journey to become one of India's leading tax startups, spoke to one of the main people behind the database that runs tech giants like Facebook, Netflix, and more.

Turning points are never planned. Today, ClearTax might be one of the leading players in the tax filing and investment segment, but how did Founder Archit Gupta, a software engineer, get started on the idea?

It all began in the sweltering Delhi summer of 2010. Archit was then an engineer at a California-based IT company, Data Domain, and was down to visit his parents. One day, he and his father sat around talking about the complexities of the government’s recently introduced online tax-filing portal.

His father told him how average taxpayers and professionals struggled to master the portal. And the rest is history.

Making money is hard but managing it is not as tough, says 23-year-old Smriti Tomar, who started InvestoAsia, a fintech startup based on blockchain technology this year. Gurugram- and Hong Kong-based InvestoAsia aims to help retail investors to easily invest in international markets, especially in China and South Korea, which Smriti feels is currently a major difficulty.

The Founder and CEO dubs the platform as a ‘financial lifestyle product’ that aims to redefine personal finance with the power of artificial intelligence (AI), machine learning (ML), and distributed ledger technology (blockchain), to eradicate the inequality amongst the unbanked, unaware, and financially illiterate.

The startup, the Founder notes, provides opportunities that were only available to HNIs before and not accessible to a retail user.

We love our techies and we met Prashant Malik who shares with us his life history. It was 2006, and Facebook, the new kid on the block, was making waves across universities like Harvard and Yale. The social media platform had started to grab eyeballs, and was looking to get more users on board.  But it faced a major obstacle.

The software database needed to be upgraded in order to accommodate more users. The challenge was attractive enough to get Prashant Malik, a core member of the Microsoft Windows code developers’ team, to join Facebook.

From working on developing Facebook’s search engine, Prashant soon went on to co-build Cassandra, NoSQL database management systems designed to handle large amounts of data. And it is the core on which Facebook, Instagram, Netflix, and Apple run even today.

The time taken to produce an audiobook is a minimum of a month. In some cases, this can stretch up to two months. With the digital publishing and ebooks segment holding huge potential looking to the future, consider this – a technology that can reduce the time taken for an audiobook by 90 percent?

Bengaluru-based technology startup – Deepsync Technologies has embarked on this journey to leverage AI to create audio content through voice cloning. Not a robotic staccato.

But a real human voice. Ishan Sharma and Rishikesh Kumar founded the startup in December 2018 to produce top quality audio content to match the need for billions of people. The two founders of Deepsync e-met on Github and realised their mutual interest - to build a similar artificial intelligence (AI) startup that created content.

Kruthika Kumaran lost her mother to a complication arising from a skin condition. The 32-year-old engineer felt a strong need to build and create products that are chemical free and suitable for all skin types.

To start with, Kruthika completed an online diploma in natural cosmetology and began experimenting with soaps, and this led to the birth of her startup Vilvah Store, an online organic skincare brand, in Coimbatore.

The bootstrapped startup was started in 2017 with an initial investment of Rs 10,000, and is today seeing a turnover of Rs 15 crore. Its products are available on most popular ecommerce websites such as Amazon, Flipkart, and Nykaa to name a few.

The Postman story started of as a pet project and it's a full blown global business. This is a story of Abhijit Kane, the cofounder of Postman.

Born in New Delhi, to an engineer father and a chartered accountant mother, Abhijit Kane grew up in an environment where curiosity and learning were always encouraged.

The Co-founder of Postman, a collaboration platform for API Development, worked with Walmart Labs, VMware, and Adobe, before taking the entrepreneurial plunge. Currently, Abhijit manages the billing and payment system for Postman’s paid customers.

What started as a pet project, is now one of the most popular apps on the Chrome store, and has also evolved into a robust native app for Mac, Windows, and Linux. Postman caters to more than seven million users and supports API development for more than 3,00,000 companies across the globe.