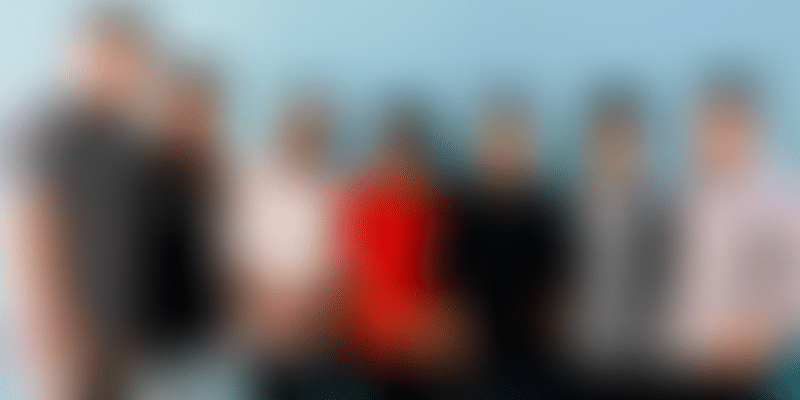 Fintech startup Loan Compare India provides individuals and small-time businesses a comparison platform to help them pick the right loan product to suit their needs, based on ML algorithms.

Only a meagre five percent of the 15,000 loan applications processed every day in India's banking and financial institutions end up getting loans. One might wonder what happens to the rest of them. They are delayed because of the lack of documents and data.

This difficulty to avail loans has a direct impact on the business of self-employed individuals who are hard pressed for time and every minute lost will be hitting their books. This is why Loan Compare India (LCI) was founded to process loans faster for institutions and ensure that individuals receive them on time.

"A majority of Indians don't have any credit history and we intend to help financial institutions change that," says Adhip Ramesh, Co-founder of the fintech startup.

Adhip founded Bengaluru-based LCI along with Ayush Malhotra in mid-2017. The startup takes data from NBFCs and does risk profiling by combing customer’s SMSes to look at their spends and combines this with documents such as residential details and KYC to ensure that small businesses and self-employed people get loans in under 10 days.

The fintech startup's APIs are in partner sites such as Zest Money, Red Carpet, and Early Salary. It works with eight partners today and plans to be integrated with 20 companies by next year.

It functions as a loan compare app while algorithm also matches the right lender to the loan product/company.

[YS Exclusive] 76 startups and counting: why 500 Startups is betting on India

"Our vision is to make financial products accessible to 300 million Indians. As a first step, we have launched LoanCompareIndia.com to help Indian borrowers to connect with the right lenders in real time using our algorithms. This would enable our users to get the loan approvals with the relevant lenders quicker and make informed decisions. Eventually, we will launch other products like credit cards, insurance, mutual funds, etc," says Adhip.

The startup has enabled its partners to reach 500 towns and has a user base of more than a million. Adhip notes that LCI intends to increase this number five times over with digital marketing efforts and riding on the power of marketing that some of its large partners hold.

At present, around Rs 40 crore gross loans have gone through LCI’s platform and the startup has served more than 10,000 customers with 30 percent repeats.

Most of the self-employed take personal loans, loans for medical expenses, travel and holiday loans. The interest on the loans go up to 15 to 36 percent based on the risk profile.

Adhip is a 2013 graduate of IIM Lucknow and Ayush Malhotra went to the Narsee Monjee Institute of Management in 2012. Ayush has worked in IT services and data analytics companies since 2009 before starting up. Along with Adhip, he is also the Co-founder of TrustChekr, a fraud detection startup.

Both Adhip and Ayush met at Simplilearn four years ago, and that's when their love for entrepreneurship took off.

The startup's tech is a machine learning (ML) algorithm that allows financial companies to maximise their loan books. It is a business that can go global provided it remains a platform for loan companies.

LCI integrates with its partners, pulls information from them and then uses algorithms to match customer loan requests with the right product. By doing so, it reduces the risk of the NBFC in finding the right borrowers with the risk profile pertaining to the loan applied for. LCI takes a cut off the loans disbursed. The startup did not want to reveal the percentage it makes.

LCI is mentored by Cultiv8, the accelerator programme in Coimbatore and Bengaluru, and has raised $100,000 from a Mysuru-based HNI and industrialist.

The algorithm matches individuals with the right loan profiles rather than risking it with higher interest rates when they approach institutions directly. The startup competes with WishFin, Paisa Bazaar, Chqbook, MyLoancare, and BankBazaar.

Loan Compare India has eight hires and plans to increase its team as and when it raises its next round of funding. Until then, Adhip and Ayush are signing up with many more customers and want to break the Rs 500 crore barrier, in gross loans, in three years.

Why risk-loving SoftBank and Masayoshi Son’s audacious bets on disruptive startups may just be ...