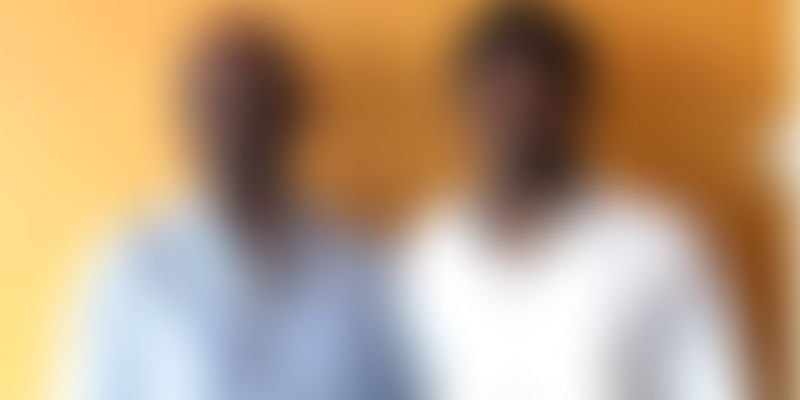 After working in ZohoCorp, Fenzik and Ranjith start-up Bevywise, and sign-up 25 global customers to use its IoT frameworks.

Internet of Things (IoT), the new talk of the town, is the future of digital transformation. Companies such as 75F and PetaSense use IoT, which uses data from sensors to study the life of machines.

Now, IoT has become the buzzword that every machine learning expert wants to talk about, as they can use the data to help manufacturers reduce wastage. They also need frameworks to build artificial intelligence (AI) and machine learning (ML) on top of the IoT solutions.

Bevywise, founded by Ranjith Kumar and Fenzik Joseph, helps with this. The startup builds frameworks and tools for industrial and commercial IoT implementation, which provides all the necessary and non-specific components. It provides customers with IoT requirements like gateway firmware for Modbus extraction and other edge firmware. These frameworks can be used by system integrators, consultants, solution providers, private, and public cloud providers to scale up IoT.

The startup has a total of 25 customers, and the use cases vary from energy optimisation, power plant management, cattle farming, manufacturing, elderly care, home automation, and pharma.

Ranjith Kumar Diraviyam and Fenzik Joseph have known each other for 19 years now. They met in 2001, at Velachery in Chennai as neighbours, when Fenzik was freelancing and running his software development and training centre, and Ranjith was with AdventNet (now ZohoCorp). At the time, Fenzik had proposed a few ideas for a startup business and had suggested on-demand services during the initial phase of Web 2.0.

"We did not have much conviction to get started. Later, we worked together at Zoho for a short time before he (Fenzik) moved on to other companies," Ranjith recalls.

He continued to work for Zoho till 2015. In the meantime, Fenzik started his venture, Smackcoders in 2011. By mid-2015, the duo heard about IoT and was convinced about starting an IoT company. They had a few rounds of discussions on the idea and started up in early 2016.

"ML, AI, and the edge sensing algorithm with a physical device are particular to a given solution. All the other required components are more generic and consume a lot of time and resources to build and maintain," Ranjith says.

To provide for this, the startup launched smart manufacturing, a complete end-to-end solution for managing productivity and calculating the life of the machines, departments, and overall factory.

"To ease the pain of running the server-side application for the solution providers, we have rolled out a hosted solution, where we take care of the hosting of the server on the customer’s behalf," Ranjith adds.

The frameworks help system integrators and solution providers with data collection, analysis, visualisation, and storage in a secure way. At present, these frameworks reduce the developer’s time-to-market by more than 50 percent. "We are working on further improving it. Our customers can white-label, customise, and extend it to host for their customers," says Ranjith. They work as:

The startup has two kinds of frameworks – a Software-as-a-Service (SaaS)-based IoT platform for large scale deployments, and MQTTRoute – for small and medium deployments and bundling.

The framework is also given as a hosted solution to the companies to further reduce their time-to-market.

In terms of solution-based products, Bevywise is entering the solution market for manufacturing. It aims to provide a complete end-to-end manufacturing execution management system. Bevywise has started with a small dot product for the overall equipment effectiveness monitoring and improving productivity.

"Our first customer was from Mexico for the IoT platform. The customer was working on developing an automation solution for the foundry process. I have been working closely with the Mexican customer for nearly six months, helping him build his solution in the best possible way," Ranjith adds.

The founders had not decided on the price of the platform when in 2017, it acquired its first client in Mexico. But things took a surprising turn when the client asked the startup that it wanted to compensate for all the help.

"We asked him to pay for a license on the base pack for the IoT platform, which he did. The time taken for the conversion has highly reduced, as the market for IoT was maturing. We began to see good traction from the third quarter of 2018," Ranjith adds.

Ranjith and Fenzik built the product from a Tier-IV city – Tirunelveli in Tamil Nadu. "I moved to Tirunelveli as Fenzik was already running his venture from there. It is not possible to recruit candidates with relevant experience. Being a technical product, we needed a mix of technology and English experts, which makes it super hard to find the right candidates for these roles. We have been hiring freshers and training them on technology as needed. One of the difficulties is in finding the right person for the content writing, marketing, and telesales," Ranjith says.

The duo has invested Rs 70 lakh and is yet to raise more funding.

The business model and technology

Bevywise provides IoT frameworks as bundles to customers which they can host on their server as needed. The startup charges a one-time fee, based on the number of connected clients in the facility. It also provides annual maintenance and support for all its customers.

"These provide managed services by helping customers host services with minimal customisation and professional services, based on the customer need," says Ranjith.

The startup has built its core communication engine on C language. It uses Python, Node JS, and frameworks like Django, for building the front-end application and a variety of Python micro-packages.

It also uses relational data stores and Elastic for storing and analysing data. It also uses MQTTRoute – a simple IoT application framework, while the IoT platform is a microservices base, that is orchestrated using its scripts or using Kubernetes and Docker. Its frameworks are cloud-agnostic and can be hosted on-premise, on a private, or public cloud. The startup has built products in such a way that these can be compiled for micro-operating systems as well.

At present, Bevywise has set two goals for the next 18 to 24 months.

It has made frameworks most suitable for IoT application development beyond MQTT communication. As the framework has matured, the startup is now planning to build a marketplace, where solution providers can host their solutions built over the MQTTRoute architecture.

"We are also building a few applications over these frameworks, especially focussing on manufacturing execution. We have also rolled out our first product with a hardware partner for the overall equipment effectiveness," says Ranjith.

The overall requirement of the current industrial trend is very broad, and there can never be a single company solving everything. The startup is working with partners for a few hardware and ERP integration. Currently, it is actively looking for partners and resellers who can add value to the total ecosystem.

At present, the startup makes revenue of Rs 1 crore as it went commercial only in 2018.

According to Gartner, Inc. forecasts, the enterprise and automotive Internet of Things (IoT) market will grow to 5.8 billion endpoints in 2020, a 21 percent increase from 2019. By the end of 2019, 4.8 billion endpoints are expected to be in use, up 21.5 percent from 2018. It also says the market size for IoT runs into the billions.

No wonder this startup from Tirunelveli wants to go global.

[2020 Outlook] Upping the electric mobility game for a clean, green, and responsible India