Previous investors of WorkIndia who have done multiple investment rounds in the company include Beenext Pte ltd and Japanese hedge fund Asuka Investments among others, the company said.

In less than five years, the company has garnered 2.1 crore unique app sessions per month, 1.5 crore registered job seekers and presence in 763 cities across India, it added.

"The cutting edge technology developed by WorkIndia, utilising geo-positioning and dynamic algorithms, is one of the best in class that we have seen."

"WorkIndia has created a dent in the Indian blue-collar segment within a short span of time. It is inspiring to see WorkIndia leverage the high smartphone penetration in India and provide an opportunity to people from all segments, working as an equaliser," he added.

Keshav Sanghi, former Managing Director and Head of India Equities, Goldman Sachs and an angel investor, said that while the white-collar segment's behaviour is well documented, the blue-collar segment behaves very differently and very little data is available on this segment.

"This fact coupled with WorkIndia's unique insights on the blue-collar segment and the massiveness of WorkIndia's impact, make it a highly exciting time to be part of what the team is building today," he added.

Earlier, in April 2019, in an exclusive interview with YourStory , the startup claimed that it gets 300,000 unique employers per quarter vs 500,000 unique employers in total on Naukri.com, and that WorkIndia has expanded nearly 10x between March 2018 and March 2019 on all major metrics: revenue, transactions, employer numbers and candidate numbers.

In the last four years, WorkIndia has expanded its presence from just Mumbai to 284 cities across India. It has also extended its marketplace offering in grey/white collar job segment.

Attributing growth to technology, Co-founder Kunal Patil said that WorkIndia is a pure technology company like Google or Facebook and not a tech-enabled company (like food delivery, ecommerce) and hence the options to experiment with myriad technologies is tremendous. 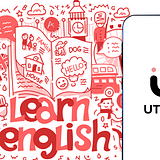 [App Fridays] In 10 minutes a day, learn English on chat with Utter