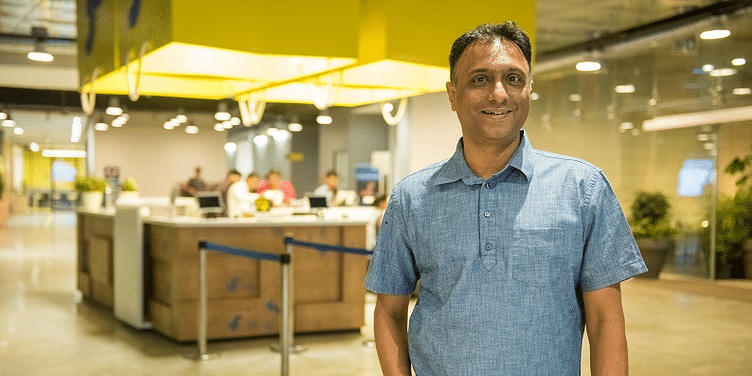 This week we talked to startups like Data Sutram, Jumbotail, and LudoKing on their journey to becoming successful ventures.

While the coronavirus pandemic may have locked us in, it hasn’t deflated our spirits. Despite the country under lockdown, we are seeing a spurt of innovation, thanks to India’s growing internet base.

The internet in India has reached rural markets, with the number of users in rural areas outnumbering those in urban cities. The country now has 504 million active internet users, who are five years or above, according to a joint study by the Internet and Mobile Association of India (IAMAI) and Nielsen.

The industry body states, “Digital services have assumed great importance for India. The spread of the internet has been possible due to the joint efforts of the government (promoting e-governance and Digital India vision) telecom service providers (more affordable data packages, better connectivity), and internet service providers (for digital entertainment, ecommerce, content in Indian languages).”

For the first time, in 2019, rural users (277 million) outnumbered urban areas (227 million) by 10 percent, thereby eliminating the digital divide that had existed earlier.

With the penetration of the internet, even services for kirana stores are growing. Take JumboTail for example, which reaches 26,000 Kiranas. Jumbotail has opted for microservice architecture from the beginning, and has built over 70 microservices so far. Microservice architecture helps structure an application as a collection of services. Each of these is highly maintainable and testable, independently deployable, and typically organised around business capabilities. The Jumbotail core tech stack is built in Java and Javascript, using multiple frameworks such as DropWizard, SpringBoot, Apache Camel, etc.

They use AWS and many of its managed services such as DynamoDB, RDS, S3, Kinesis, Redshift, Lambda, EC2, and more for tech infrastructure and storage. The platform also uses open source technologies such as Elastic Search, Kakfa, Kafka Connect, Apache Spark, Apache Camel, and Redis. It uses React and Angular, has multiple native Android apps, and taps Tensorflow for the AI and computer vision products.

With good internet, you can play online mobile games smoothly. It’s not surprising that the man behind Ludo King lived and breathed video games as a teenager. In 1991, when local administrations decided to shut down gaming parlours, 17-year-old Vikash Jaiswal from Patna had only one desire: to buy a video game machine of his own and play all day long.

Now in his mid-40s, Vikash is the Founder and CEO of Navi Mumbai-based Gametion Technologies, which has developed a game that has become a major sensation across the world during the coronavirus-led lockdown. Homegrown gaming app Ludo King ranks as India’s #1 gaming app, on both Android and iOS.

Let's move on to a story on Data Sutram founded by Kolkata boys Rajit Bhattacharya (23) and Ankit Das (22), who met as toddlers at nursery school.

The two friends grew up together, attending the city’s well-known South Point School. They also landed up at the same engineering college, Jadavpur University. There they met Aisik Paul (23), who was pursuing electronics and telecommunications engineering with Rajit, while Ankit studied chemical engineering.

The three friends often worked together on various college events and festivals. The trio was adamant about “starting something of their own” and not taking up jobs after graduating from the engineering college. That’s why they chose not to appear for a single interview during college placements

Data Sutram helps businesses increase delivery efficiency and reduce marketing burn. “With our data and insight, companies have increased deliveries by over 35 percent, increased growth of push channel by up to 20 percent, and reduced marketing burn by 60 percent,” Rajit says.

Moving on to homegrown retail ecommerce company Flipkart and how it handled the coronavirus crisis.

The Bengaluru-based online retailer has come up with simple yet effective inventions, where the core focus is to maintain high standards of hygiene. The nationwide lockdown imposed since March 25 to control the spread of coronavirus has bought the country to a halt, but the movement of essential goods and people to deliver items was allowed. In such an environment, employees of Flipkart, especially those at the critical supply chain department, came up with simple inventions to solve some of the pressing issues at their workplace. They use contactless devices too.