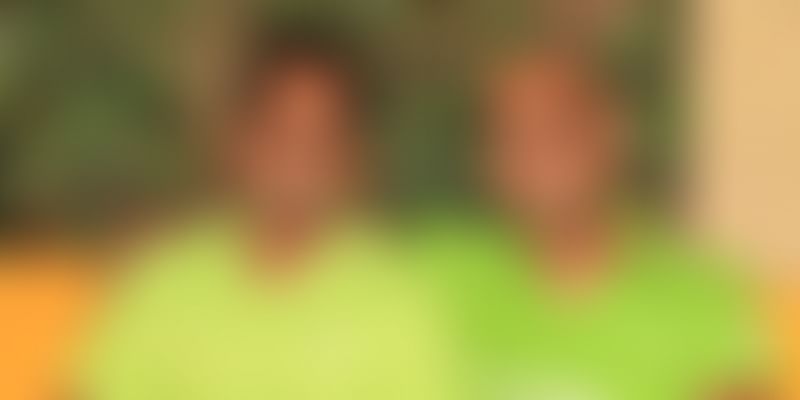 In this episode of Matrix Moments, Tarun Davda, MD and Gourav Bhattacharya, Director - both at Matrix Partners India, talked to the founders of social ecommerce startup DealShare about the opportunities in the grocery and ecommerce space post-COVID-19.

The coronavirus pandemic has changed many business models. From fitness centres conducting digital classes to ecommerce startups focusing on delivering essentials, every startup is looking at a way to survive these difficult times.

One such startup is the grocery tech ecommerce venture DealShare. The Jaipur-based startup’s Co-founder Vineet Rao, in a conversation with Tarun Davda, Managing Director, Matrix Partners India, and Gourav Bhattacharya, Director at Matrix Partners India, recalls that in the first wave of ecommerce 10 years ago, only people from the top tier cities started ordering online but the penetration hadn’t reached Tier II and III cities.

“The first reason being, they were not even online at that time as the internet was expensive. But since the last few years, internet penetration has rapidly increased in India and it has pretty much brought the whole country online. Even in the remotest corners of India, you will see people with mobile phones watching Tik-Tok, or chatting on WhatsApp, or watching videos or reading news,” says Vineet.

Vineet adds that as per the current consumption trends, ecommerce retail is an $800 billion market. Vineet says the difference between India and countries like the US and China is that the majority of the consumption of the retail market here is grocery. According to him, the share of grocery in the market is almost 70 percent, which is higher than any other country.

Starting out of Jaipur, the team knew that if they could crack their model in a smaller city, it would be easier to expand to larger cities. Vineet explains,

“The government has been very supportive. Also, we built very good relations with the government over the last 18 months in the places that we've been in, again, due to the nature of our business. And what we realised was that the patterns for the consumers were changing very rapidly. So for us, the demand really surged and the people, who were previously not interested in trying online models, were asking each other ‘how do order online?’”

Soon, the consumers started becoming DealShare’s influencers and starting telling about the startup to their friends and family. Starting out in Jaipur also helped solve the supply chain challenges, as several local and contract manufacturers are present in the region.

“What we have seen is a behaviour shift from ecommerce being just a convenience to a necessity. And I think that is something which would have happened over a long period of time, but now, it's happening very rapidly. And I think once the behaviour starts forming, and once consumers start appreciating the benefits they're getting – whether it is for the price, the home deliveries, or just for the fun – I think that is going to give disproportionate benefits in the post-COVID-19 world for players like us,” explains Vineet.

Explaining how DealShare helped solve challenges faced during the lockdown which were different from FMCG players, Co-founder Sourjyendu Medda adds that many weren’t able to get their facilities up and running, and get support in terms of transportation and logistics.

“That is where we came in. Every local manufacturer that we have worked with and have deep relationships with know us personally, and they called us because they were struggling to start their setup and they did not know what to do. They knew for sure that there is demand in the market and even the national players were not able to serve that demand. They could see a business opportunity, and yet they were helpless,” says Sourjyendu.

The founders say they were able to help many of them open up their facilities also get special permissions because they were delivering and producing essential goods.

“I think the government will also put in some more real efforts to bring them all together and make their lives better and give them more shops. And if platforms like us also grow fast, with many more joining this bandwagon, I think it is going to be a very good journey for them,” he adds.

[Matrix Moments] Tracking metrics key for the success of startups

The DealShare team believes that the way forward for ecommerce adoption in Tier II and III cities is with grocery. Vineet explains that to get more people to transact online, it is important to sell something relevant. Amazon became successful in the US by selling all the items that were highly relevant to the mass population.

In India, according to Vineet, the opportunity lies in grocery. “When you go to middle income and lower middle income, 80 percent of the ecommerce retail is grocery. So everybody just wanted us to sell groceries to them,” says Vineet.

But for ecommerce to be economically viable, there needs to be deep penetration into the market. According to the founders, Amazon and Alibaba are successful because they were able to go very deep into the market and, a large percentage of the population started their products and services.

“We realised that you don't need to sell millions of items to capture all the demand. The demand can be captured with a much smaller number of items for the population. And that makes the DealShare very unique,” says Vineet.

The middle-income user is typically the one who's going to the kirana shops or small shops to purchase products. One thing DealShare did was keep a sharp assortment. This gave them strategic advantages because they were able to aggregate the demand a lot more on individual products.

“DealShare is very different than any other ecommerce company in India. It is built for the mass population. It is vernacular; we are in all the languages for all the states that we are present in. We build the whole experience that makes them very comfortable. You'll see, lot of things that we do, which is around gamification and sharing and people like to share,” adds Vineet.