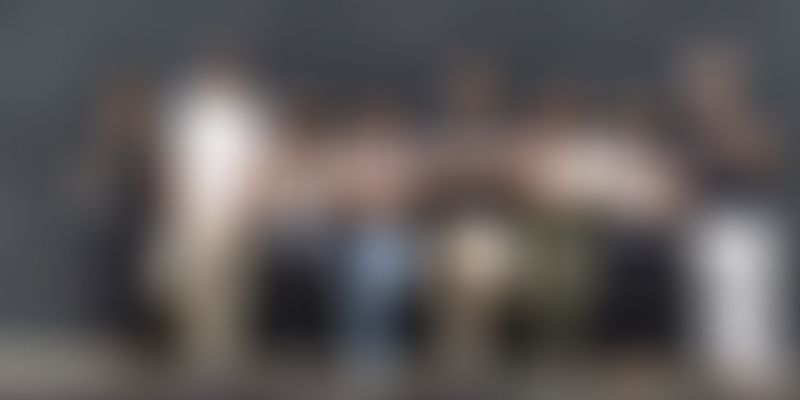 Mumbai-based NapNap claims it is focussed on solving parental challenges through its products. Its flagship product, NapNap Mat, mimics a mother’s womb, ensuring a good night’s sleep for the newborn.

According to the founders, its flagship product, NapNap Mat, is a portable baby mattress that mimics a mother’s womb using a precise combination of vibrations and white noise to soothe infants and lull them to sleep within minutes.

The team and journey

Sameer comes with over 12 years of experience in Sales and Business Development, Operations and Finance. Before founding NapNap Mat, he co-founded Art Should Tempt and ClassHopr. Swapnil has over 12 years of experience in product development, brand building, and marketing. Before founding NapNap Mat, Swapnil co-founded Mobizon Media and Transhuman Collective.

Deepak has over 12 years of experience in Quality and Systems Engineering. He earlier founded Future Foundry – a product design firm. Aneesha brings over eight years in Engineering, Leadership, and General Management. She has an MBA from JBIMS and has previously worked with JP Morgan.

Sameer and Swapnil got the initial idea to start up in the space after one of their friend had a preterm baby. The baby was in distress due to lack of sleep.

“We wanted to help them and started looking for solutions. Being engineers and product designers ourselves, we got straight to work and within a month prepared the first prototype of the NapNap Mat, and it worked. The little one was instantly soothed, and soon developed a healthy sleep routine. After feedback from over a hundred more parents and several iterations later, we launched NapNap Mat,” says Sameer.

Once they had the idea, they reached out to Deepak Gupta and Aneesha Pillai, who were their engineering classmates. The team had been dabbling with product design and they got together and decided to engineer the product based on the scientific data.

“The four of us built the first few prototypes and did the initial round of testing in the market before hiring our first employee. Once we had the market acceptance and the product was flying off the shelf, we didn't need to try hard to attract great talent,” says Sameer. They are now a team of 16.

While there are a number of mattress brands in the country, the concept of a vibration-therapy-based baby bed is new in the Indian ecosystem.

So, creating a new category and educating the masses about the benefits of using a NapNap Mat was one of the biggest hurdles faced by the team in the initial months.

Apart from this, consumer product companies require high capital infusion and its even higher when someone creates something totally new and deploys resources towards R&D as there’s no reference point. So, managing capital initially to create an MVP in the market was quite a challenge and required lot of planning, says Sameer.

When the baby is still in the womb, it gets accustomed to the sounds and vibrations of the mother’s body processes, and when the baby is born, it is suddenly in an unfamiliar territory.

Any little change in temperature, movement, and unfamiliar sound makes the infant feel extremely uncomfortable, and the baby reacts by crying due to distress, and hence finds it difficult to fall asleep.

“The NapNap mat works like magic when it comes to putting your baby to sleep. It emits soothing rhythmic motions and comforting white noise to emulate the environment in the womb. This also helps ease the baby’s breathing, thereby relaxing them further. With an adult by their side, the baby feels secure in the environment and drifts into a deep sleep,” explains Sameer.

The product works best for babies up to one year old. The startup claims the mat improves breathing, boosts sleep, reduces crying, reduces colic, it is travel friendly, and safe. It can be used in strollers, car seats, cribs, activity mats, bassinets, etc.

The market and certifications

India’s mattress market is estimated to be worth Rs 10,000 crore, according to media reports. Startups like Cuddl, SleepyCat, Wink&Nod, and Sunday Mattress are all taking sleep seriously and are using advanced tech and raw materials to build their products. There is also The Sleep Company and Sequoia-backed Wakefit operating in the space.

“With an ecosystem of smart, inter-connected products, NapNap is redefining how technology and data will enable parenting in the future. NapNap is leading this change by solving one parenting problem at a time. It works with single mothers and gives them a platform to generate wealth in all forms (not just money),” says Sameer.

The NapNap Mat is ISO 9001-2015 certified and is also certified by a CPSC-approved lab, and considered safe for 0-2 year old babies. It also meets British safety standards for babies.

The startup claims to have scaled 10X in the first year of its launch. Its average order value is Rs 2,000, and its ARR is Rs 2 crore, with gross margin of 66 percent.

NapNap, which has six products in the pipeline, is available on all online marketplaces in India, including Amazon and FirstCry. It has also expanded its presence to markets outside India, such as Dubai and Australia, and soon plans to start operations in the UK.

“Since we go direct-to-customer, we can manage to keep the MRP fairly lower and still deliver a very high quality product by offsetting channel margins,” says Sameer.

NapNap has raised a pre seed round led by ThinQbate Ventures LLP and Hatcher Plus. It is currently looking to raise a seed round.

The team aims to become the biggest baby mattress company in the world in the next few years. It aims to pacify babies across the globe using technology, design, and innovation. It also aims to scale and consolidate the Indian market for NapNap Mat and NapNap Nursing cover.