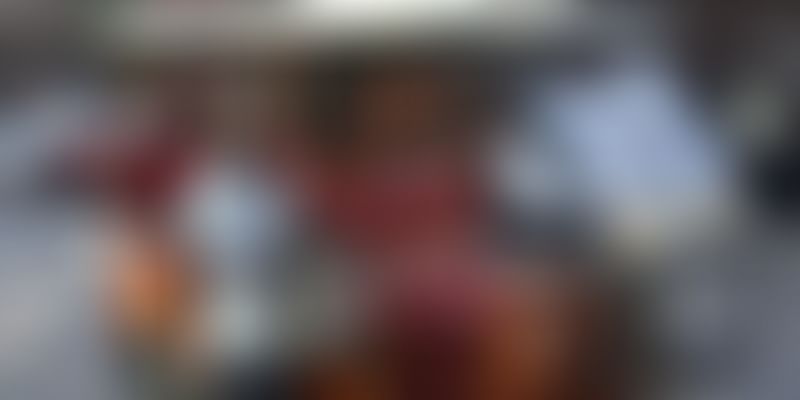 E-ChargeUp has set its sights on increasing the driver revenues and reducing the capex costs of operating a battery-run vehicle. It aims to induct 2.4 million drivers in its network.

While it may be hard to predict what the future holds, one thing is certain – its electric. Many countries are now moving towards all-electric transport infrastructure, with India having an electric vehicles (EV) policy as well. With EVs gaining popularity, charging infrastructure has become the most important aspect of the industry.

Founded in 2019 with a vision to impact 2.4 million livelihoods of the e-rickshaw community, Delhi-based electric mobility startup ﻿E-ChargeUp﻿ is aimed at providing quality charging infrastructure across the country, and create a network of battery swapping stations.

"I have been passionate about the clean-tech space. I have experience in working in clean-tech and mobility space, and am really excited to see the social and environmental impact it can create," Varun Goenka, Founder of E-ChargeUp, tells YourStory.

Sustainability during COVID-19: Coca-Cola India VP on how the company is adopting best practices

E-rickshaws come with their own set of major roadblocks, some of which include 10 hours of charging time, limited revenues, and investing in expensive new batteries. This became an opportunity for E-ChargeUp to offer battery technology on its platform and ensure that drivers make money.

"In this industry, you need to benchmark the best practices in SOPs to build battery technology and create integrated IT infrastructure for operational efficiencies. Only this will allow an ecosystem for battery swapping to flourish. In the current scenario, where the number of electric three- and two-wheelers are increasing exponentially, quality infrastructure has become the need of the hour. This will create a roadblock for the next wave of growth, for both B2B and B2C startups. The focus across the sector is to build a trusted and robust infrastructure," says Varun.

Varun graduated in Commerce from Gauhati University in 2005. He later joined and became the CEO of Atlanta Energy for seven years, where he learned how renewable energy can be used to power up batteries.

An e-rickshaw driver onboards the platform for a daily battery rental plan and visits the station two-to-three times a day to swap the discharged batteries with the charged ones, which are provided by E-ChargeUp. "We have helped them increase their daily earnings from Rs 850 to Rs 1,800, and daily km from 90 to 160," says Varun.

The startup's batteries are lightweight – weighing less than 30 kg. It buys the batteries from a startup called Green Fuel. It also builds the software and the deploys it in the energy pods where the rickshaw owner pulls up and swaps the battery. The mechanism works similar to the platform provided by Sun Mobility.

The startup provides batteries on rent with a ‘two-minute’ swapping facility, where the e-rickshaw drivers pay a daily rent on every swap they do. Currently, they have three battery swapping stations in Delhi, Noida, and Gwalior, with an overall monthly footfall of 705 and over 1,150 swaps

The USP of E-ChargeUp is to make a charging station available within a two-km radius. This it aims to do by expanding its scale, building a network of stations placed at the right location, operating on structured finance, IT and IoT for seamless transactions and service.

"The company has created the dealer model and the pricing model from scratch, which took us time. However, we are now well-positioned to scale it to the next level," says Varun.

The startup has grown at a fast pace, however, the growth screeched to a halt due to the COVID-19 outbreak, during which its numbers fell to 370 swaps a month, which is now steadily rising to 600. It closely measures the Average Revenue per Driver (ARPD) and the Average Revenue Per Swap (ARPS), while continuously reducing the asset ratio.

In next 18 months, its target is to reach two lakh battery swaps a month for which it will be opening 50 new battery swapping stations across Delhi-NCR

The startup provides a robust battery technology to sustain the committed km and battery life cycles.

To explain this, if a battery is fixed, all the operating costs will be borne by the rickshaw owner. If they use a vehicle where the batteries can be swapped, the cost of ownership drops significantly, and they only have to pay for swapping the battery and pay Rs 200 for every swap.

The founder has invested Rs 1.2 crore in the business so far. The startup's turnover was Rs 2 crore during the last financial year. The startup competes with ﻿Sun Mobility﻿ and Magenta Power.

According to SIAM, the total EV sales in the country were 156,000 units as of FY2020. The market, however, is dominated by two- and three-wheelers.

Nationwide adoption of electric vehicles is mainly hindered by the cost factor.

According to strategy consultant firm Kearney, the total cost of ownership for running petrol cars is far lower than running an electric car for under 50 km a day. This is due to the high share of battery costs in the overall vehicle cost.  The challenges for this startup will be to scale across the country and win users at the same time. The business requires significant capital. But, the future is in going electric because it drops the cost of the vehicle.

Despite the high costs, many states are pushing to adopt EVs. With the recently-introduced EV policy, the Delhi government aims to induct 35,000 EVs across segments and has a five-year plan to introduce five lakh EVs on the road. The policy also recommends changing building bye-laws to accommodate charging infrastructure in new homes and workplaces.

As per a report by Avendus Capital, the EV market is likely to be around Rs 50,000 crore by 2025, with two- and three-wheelers being increasingly electrified in the medium term due to COVID-19 disruptions. It also stated that as much as 40 percent of the e-rickshaw market is expected to shift to lithium-ion batteries.