How running made me a better entrepreneur 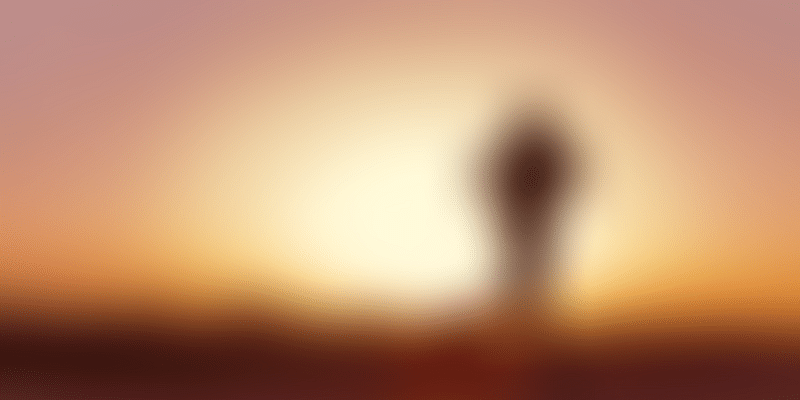 The author draws an analogy between running and being an entrepreneur – of how those moments of revelations during his runs helped mould him into an astute entrepreneur.

When I decided to set up a company to build better software for the banking industry, little did I know what I was signing up for. As the pressures of startup life built up, I took to running to burn off some nervous energy. Just a few laps around the Cubbon Park running track in the mornings.

Any physical exercise is good for managing stress and the results kept me running regularly. Every time I interact with startup founders, I invariably ask if they exercise. If the answer is a No and that they do not get the time to exercise, I often find myself speaking about umpteen benefits of exercise for an entrepreneur. Even at the risk of sounding like a patronising uncle.

I started running for instrumental reasons – to manage the stresses of startup life. Those runs were short 5km ones and I had only yet experienced what can be called the “Cartesian phase” of the run. This is the phase when you experience the mind as the controller and a separate entity from the physical body. When the body hurts or wants to give up, the mind “fools” and coaxes the body to keep running.

This is also reflected in my management style of the time. It was hard for me to let go of control and it was also hard for me to be fully transparent and honest with my colleagues.

There was a particularly difficult year, where several things happened simultaneously. On the professional front, there was a management reshuffle, and my friend, Vivek Subramanyam joined us as CEO and I became one of seven people reporting to him. I am sure an entire article can be written about Vivek’s experiences dealing with a control freak relinquishing control.

On the personal front, I was becoming a father and at the same time, my father was battling an illness that he eventually succumbed to. These events prompted me to run a little bit harder and longer. I started doing 10km runs regularly and this is when I got hooked.

A company is a founder’s baby and it is often difficult to let go of control. It is a struggle many entrepreneurs face especially during the early years of the company. On a long enough run, the controlling ego slowly began to dissolve, and you realise that enjoying the journey is more important than focusing on getting to the destination quickly.

There was a shift in my management style at work. I started delegating more and focused my energies on larger goals and eventually enjoying the entrepreneurship journey.

Lockdown learnings for an entrepreneur

Over the years, I have used running as a tool to channel my past into solutions for the future. Some of the most complex issues seem to find solutions on a long run. Simple solutions to complex problems require the dissolution of the ego. It began for me by running the same route, roughly 10km, over and over again.

There will come a point in your run, when it is just you and your run. It is a period that will not only test your mental stamina and grit, you will also find yourself surrendering to the run. It is at this moment solutions begin to appear.

On the 9th kilometer of one such run gone well, I decided to give away 25% of my shareholding to several colleagues and sent them all individual emails the same week. This decision came in handy two years later when we were structuring a complex acquisition deal where there was not enough money on the table to provide meaningful outcomes for everyone involved.

It has been 15 years since I became an entrepreneur and running has been an integral part of making it an enjoyable journey where success and failure are accepted as two sides of the same coin.

Running has been a spiritual experience that has transformed me as well as acting as an idea factory where I have connected multiple dots to develop pathways into the future that aligned with my entrepreneurial vision.

During the lockdown in March and April, I replaced my regular running route with laps around my building. During one of these runs, on a day when my family and I were missing our regular travels, I found myself reminiscing about my life journey going all the way back to my childhood in Udupi.

Memories came flooding – of being a delivery boy for my Amma’s baked goods as a kid, to becoming a grocery store assistant in the temple town of Udupi and getting into NITK Surathkal which opened a gateway to knowledge, travel, and a myriad enriching experiences including selling a company I founded to a publicly listed American corporation.

Becoming financially well off gave me the luxury of attempting to re-educate myself and I was getting updated on the latest developments in science, specifically loop quantum gravity which describes a world that is a combination of chaos and order, chance, and certainty. A far cry from engineering physics that describes the world as a giant clock or a machine where knowable causes produced predictable effects.

During one of those dizzying long runs circling my building, I got the realisation that COVID-19 is providing an experience that is describing quantum physics to everyone at scale. An ideal “Atmanirbhar” moment for humankind. This Eureka moment led to the conceptualisation of my newest venture – eSamudaay, a community commerce platform.

If you think about what came first, the running or the entrepreneurship, I think they are deeply intertwined. There are stories from the evolution of how humans moved from brachiating apes to running apes in pursuit of meat, chasing prey hour after hour on the savannah. The resulting increase in protein combined with the running being a probable cause of our cognitive abilities.

When we run or when we hunt, we are connecting with something ancient and that is the indescribable joy that we feel when we indulge in both. Of course, in 2020, it is unethical and illegal to hunt, and entrepreneurship is a good 21st-century alternative. #EntrepRunners