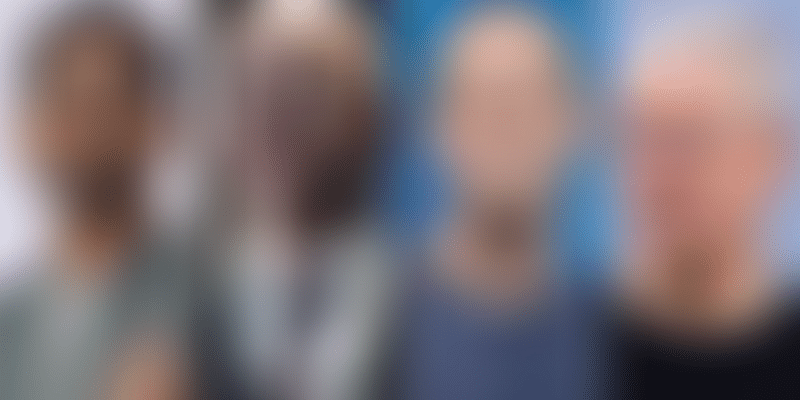 In Scott Galloway’s book ‘The Four - The Hidden DNA of Amazon, Apple, Facebook, and Google’, he explains how the four big tech giants have been able to create such high value and relevance among their users.

The total market capitalisation of the big four tech giants – Facebook, Amazon, Apple, and Google – is $5 trillion. Their combined annual revenue at last count was $773 billion. Needless to say, these numbers do not remain constant but for the most part, these four giants have been the most valuable companies to trade in the public markets.

These companies are considered to be role models for almost every startup and tech company. According to Axios, the other six companies on the list of 10 most valuable companies in the US together accounted for 90 percent of the combined market cap of the big four, and now they are worth 75 percent. While every firm in the market is growing, the big four seem to be growing exponentially with each passing year.

In the past decade or more, Facebook, Amazon, Apple, and Google have defined the way people lead and live their lives. It determines what we eat, drink, shop, how we connect with our friends and family, and what shapes our worldview. The four companies have a staggering amount of control over the global population (despite not being able to capture China).

While Amazon publicly declared the numbers of users, Jeff Bezos, its CEO, said in 2018 that there were over 100 million Prime consumers in the US alone.

How have these four companies able to gain relevance and retention with a global audience? What are the companies doing that sets them apart?

Scott Galloway’s book, The Four – The Hidden DNA of Amazon, Apple, Facebook, and Google, gives some key insights into how these ‘four horsemen,’ as he calls them, are able to hold such gravitas.

“We know these companies aren’t benevolent beings, yet we invite them into the most intimate areas of our lives. We willingly divulge personal updates, knowing they’ll be used for profit. How did these companies aggregate so much power? How can inanimate, for-profit enterprise become so deeply ingrained in our psyche that it reshapes the rules of what a company can do and be?” Scott Galloway writes.

The answer is simple – each of these four companies has built strong ecosystems and ‘network effects’ around them. Google has the best real estate on the internet with its search, its android environment and Play Store. Apple has the App Store and iTunes, while Facebook is the go-to for all social networks as well as attract advertisers for businesses. Amazon is the world’s essential store. How did they do it?

Amazon as the world’s store

In his book, Scott explains, “Shopping for a Porsche Panamera Turbo S or a pair of Louboutin lace pumps is fun. Shopping for toothpaste and eco-friendly diapers is not. As the online retailer of choice for increasingly most people in the world, what Amazon does is ease the pain or drudgery if you will of getting the stuff you need to survive.”

There is no effort to hunt down aisles, pick the right product and gathering them. It is all done within a few clicks.

“Their formula – an unparalleled investment in last-mile infrastructure, made possible by an irrationally generous leader – retail investors who see the most compelling, yet simple, story ever told in business: Earth’s Biggest Store. The story is coupled with execution that rivals D-Day. The result is a retailer worth more than Walmart, Target, Macy’s, Kroger, Nordstrom, Tiffany & Co, Coach, Williams-Sonoma, Tesco, Ikea, Carrefor, and The Gap, combined.”

Apple – a design to die for

The quintessential half-eaten apple logo that graces a sleek laptop is a badge of status, honour, class, wealth, and power. Scott says,

“At its core, Apple fills two instinctual needs: to feel closer to God and be more attractive to the opposite sex. It mimics religion with its own belief system, objects of veneration, cult following, and Christ figure. It counts among its congregation the most important people in the world: the innovation class. By achieving a paradoxical goal in business – a low-cost product that sells for a premium."

"Apple has become the most profitable company in history. The equivalent is an auto firm with the margins of Ferrari and the production volumes of Toyota. Apple’s cash on hand is nearly the GDP of Denmark,” he writes.

Scott says that as measured by adoption and usage, Facebook is the most successful thing in the history of humankind.

In his book, he quotes, “There are 7.5 billion people in the world, and 1.2 billion have a daily relationship with Facebook. Facebook, Facebook Messenger, and Instagram are the most popular apps int the US. The social network and its properties register 50 minutes of a user’s typical day. One of every six minutes online is spent on Facebook, and one in five minutes spent on the phone is on Facebook.”

It is the first platform that offers scale and targeting to its advertisers, challenging Google in the ad market. Interesting, the market now has a duopoly. Quoting Hannibal Lecter, Scott says, “We begin by coveting what we see every day.”

Facebook, he adds has flooded the awareness stage and the top of the marketing funnel. What we learn on the social network, especially Instagram, creates ideas and desires.

Scott says, “It’s our source of knowledge – ever-present, aware of our deepest secrets, reassuring us where we are and where we need to go, answering questions from trivial to profound. No institution has the trust and credibility of Google: about one out of six queries posted to the search engine has never been asked before. What rabbi, priest, scholar, or coach has so much gravitas that he or she is presented with that many questions never before asked of anybody? Who else inspires so many queries of the unknown from all corners of the world?”

This knowledge, he explains, is something that every human being has been fascinated with since antiquity. More than anything else, we want to know things as it gives us a semblance of control.

Scott adds that Google answers every question. Unlike our ancestors, we can find safety in facts. Our questions are answered immediately.

Thus, as the book says, “Whether you want to compete with them, do business with them, or simply live in the world they dominate, you need to understand the Four.”