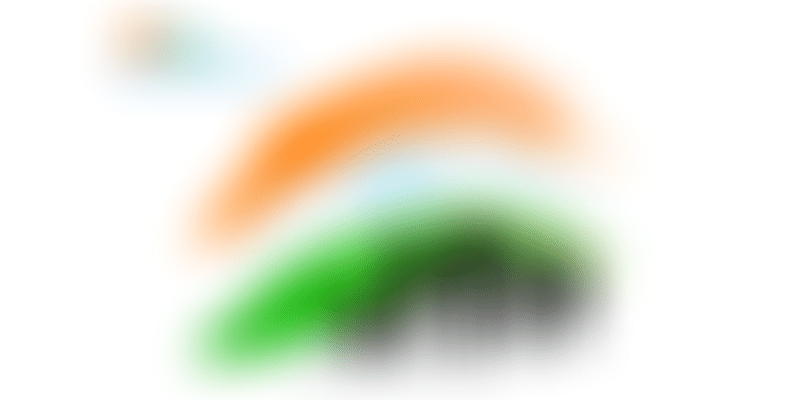 India houses around 194 defence tech startups that are building innovative tech solutions to empower and support the country’s defence efforts. This Republic Day, YourStory brings you a list of some of these companies.

The report stated that a huge portion of the Indian defence needs is, however, fulfilled via imports. As the country strives to become aatmanirbhar or self-reliant, the government has been pushing innovators to come up with cutting-edge Made in India technology to empower the defence sector.

And playing a major role to fulfil this mission is the Indian startup ecosystem. In 2018, the Ministry of Defence earmarked Rs 500 crore to encourage MSMEs and startups through its Innovations for Defence Excellence (iDEX) initiative.

Then, in 2019, the government announced its plans to fund at least 250 defence startups over the next five years.

Several startups have been developing technologies to help the armed forces, Defence Public Sector Undertakings (DPSUs), and Ordnance Factory Board (OFB). According to government data, India has around 194 startups in the defence tech space.

In an earlier interaction with YourStory, Johns explained that underwater inspection was more challenging than land or air inspection because human divers have to deal with high water currents, poor visibility, and a hostile environment because of wild marine creatures. Apart from this, divers can only dive up to a certain depth.

The founders believed that a remotely operated vehicle (ROV) could help solve these problems.

“With human divers, there are either inspection delays or lack of expertise. They are able to dive only up to 30-40 metres, whereas an ROV drone can go up to 100 or 200 metres below sea level,” Johns explained.

EyeROV was also a part of YourStory’s Tech30 list in 2020 for building innovative ROV drone solutions for data-led reporting in marine operations.

Ahmedabad-based Optimized Electrotech, which was also one of the winners of the iDEX Defence India Startup Challenge in 2019, is solving surveillance-related challenges with its long-distance imaging systems.

Founded in 2017 by Sandeep Shah along with Anil Yekkala, Dharin Shah, Kuldeep Saxena, and Purvi Shah, Optimized Electrotech is an electro-optics surveillance startup which aims to work with the defence, paramilitary forces, aerospace, airports, critical assets, among other industries.

In an earlier interaction with YourStory, Sandeep had explained that the electro-optics system captures information by converting data from photons into images that can be automatically interpreted and coupled with other sensors for a better understanding.

Different ranges of the electromagnetic spectrum can provide different insights into the images captured. The startup works with 400 nm to 12μ range, the visible light spectrum, in order to provide image analysis for several applications such as border security, machine vision, etc.

The startup’s first line of product, deployed for border surveillance, the InfiVision series has been designed to detect a tank in more than 30km range.

“We work with Homeland Security (MHA) and Defence (MOD). Our products are useful for CISF to guard strategic assets; for BSF, ITBP, AR, and Coast Guard to keep a watchful eye on trespassing at borders; for CRPF and all Central and State Police forces for better law implementation within cities, and finally Army, IAF and Navy for ISR (intelligence, surveillance, and reconnaissance),” Sandeep said.

Mumbai-based ideaForge is not a new name in the defence and surveillance sector. The drone startup, which claims to have over 90 percent of market share in the security and surveillance segment, was founded in 2007 by IIT Mumbai alumni Ankit Mehta, Rahul Singh, Vipul Joshi, and Ashish Bhat.

The company is involved in manufacturing drones for defence, homeland security, and industrial applications.

The drones built by ideaForge have been deployed by the Indian Armed Forces, central armed police forces, and state police forces. It also has industrial customers in geospatial surveying, oil and gas, mining sectors.

Earlier this month, the startup bagged a $20 million contract from the Indian Army for the delivery of its high-altitude variant product – Switch Unmanned Aerial Vehicle (UAV).

According to the company, Switch UAV is an indigenous system developed to cater to the most demanding surveillance operations of the Indian Armed Forces. The Fixed-Wing VTOL (Vertical Take-off and Landing) UAV has been designed to be deployed at high altitude and harsh environments for day and night for intelligence, surveillance, and reconnaissance (ISR) missions.

Apart from helping the armed forces for defence, the startup has also been trying to fight the current COVID-19 situation. In April, it joined hands with police forces in Sangli (Maharashtra) and Guwahati (Assam) to deploy its drones for surveillance and monitoring COVID-19 social distancing norms during lockdown.

Iowa and Chennai-based Vinveli is building indigenous UAVs or drones for Special Forces under the Ministry of Home Affairs, such as the National Security Guard and the Central Reserve Police Force, and the Ministry of Defence.

The startup was founded in 2014 by Gokul Anandayuvaraj, an aerospace engineer from the University of Texas along with his college friends Yuan Qu and Eshan Halekote.

The Iowa Startup Accelerator-backed startup has been manufacturing and supplying drones to India’s Special Forces since 2016. Its clientele also includes the National Security Guard, Central Reserve Police Force, and the Ministry of Defence.

In an earlier interaction with YourStory, Gokul had explained that the startup builds the drones upon receiving orders from the clients. The startup works with them to thoroughly understand the requirements from the UAV and builds them accordingly.

“Our drones have helped save lives in the battlefield as the machine is placed in front of the commando, taking the first git while eliminating the enemy of the commando,” Gokul said.

Vinveli also has two Indian patents. According to the startup, its launcher and firing systems are completely indigenously designed and manufactured and the raw materials are also procured locally.

Kochi-based Nyokas Technologies, which was also one of the winners of iDEX 2019, is an ultra-smart clothing startup. It is involved in building individual protection systems or body armour through an amalgamation of nano-materials, textiles, electronics, and software.

Founded in 2017 by Ajay Sangwan, Vivek Jose, Rohit T, and Teny Thomas, the startup has developed a wearable monitoring T-shirt with built-in sensors to track vitals of the wearer.

It has also developed a wearable jacket Zeal to empower civilians to protect themselves from assault or life-threatening situations.

In case of a situation where the user gets grabbed and attacked by someone, the pressure-activated sensors will understand the danger and immediately alert the nearby authorities about the attack through the official app.

According to the startup, it is aimed at developing an ecosystem for high-tech clothes in India through nano-science and fashion technology.