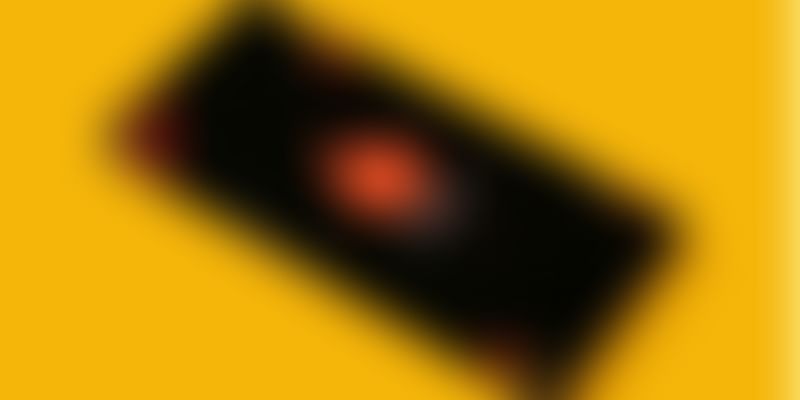 YourStory presents this daily roundup of the latest startup news and updates from the Indian startup ecosystem and beyond. Here's the roundup for Wednesday, February 17, 2021.

Homegrown short video platform Chingari, which shot to fame after the TikTok ban in 2020, has launched social commerce — a move that marks its vertical expansion. Every video that gets uploaded on the Chingari app will be parsed frame by frame using computer vision and complex algorithms to detect objects that will then be matched with a live shopping catalogue on Amazon.in. This will make every video on users' feeds shopping-enabled in real-time, and also generate affiliate revenues for content creators on Chingari.

IBM, Tech Mahindra collaborate to create $1B ecosystem in 3 years

IBM and Tech Mahindra said they were deepening their collaboration, especially in areas like 5G, hybrid cloud, automation, and cybersecurity, as the two tech giants work towards building a billion-dollar ecosystem over the next three years. The partnership will also see co-creation and co-innovation through innovation labs and Centres of Excellence as the two companies strengthen their partnership to pursue the $1 trillion Hybrid Cloud market opportunity.

Digital healthcare platform MediBuddy has raised Rs 25 crore debt fund from InnoVen Capital, the venture debt firm said on Tuesday. With a network of over 90,000 doctors, 7,000 hospitals, 3,000 diagnostic centres, and 2,500 pharmacies, covering over 95 percent of all pin codes in India, MediBuddy claims that it is well-positioned to strengthen its leadership position by providing 24x7 access to a range of healthcare services across India.

Global neobank Zolve has raised $15 million in a seed round led by Accel Partners and Lightspeed Ventures. The round marked the first investment by Founder Collective, an investor in Airtable and Uber, in an Indian startup. Founded in December 2020, Zolve is a cross-border neobank focussed on catering to the global citizen. The team believes this to be a $85 billion market. The funds will be used to build the core technology platform, the team, and marketing efforts.

Nothing to raise $1.5M via community funding

Nothing, a new consumer technology venture by OnePlus Co-founder Carl Pei, on Tuesday said it would allow the general public to invest $1.5 million (about Rs 11 crore) in the company. Following this community funding round, investors will have access to Nothing's private community through which they will get exclusive benefits and insights into the company, it said.

The Tata Group is acquiring 68 percent stake in online grocery platform BigBasket for around Rs 9,500 crore as it bids to expand in the fast-growing ecommerce space in India, according to sources. The salt-to-software conglomerate, which has been working to gain majority control in the Bengaluru-based startup for months, has finally signed the deal, according to people in the know of the development.

Ohm is part of the 'Microsoft for Startups' accelerator programme, and claims to be backed by world-class advisors and angel investors.

Pune-based edtech startup Pariksha on Wednesday said it has raised $2 million in pre-Series A round led by Bharat Inclusion Seed Fund, along with LetsVenture Plus, 9Unicorns, and Innercircle. Existing investors, including INSEAD Angels and Venture Catalysts, also participated in the round.

India’s maiden human spaceflight, Gaganyaan’s launch has been further delayed due to COVID-19 impact. The much-awaited Gaganyaan mission, which will carry three crew members to low earth orbit, is not likely to be launched before 2023. In a written statement to Lok Sabha, Jitendra Singh, Union Minister of State for Department of Space said, “First unmanned mission is planned in December 2021. Second unmanned flight is planned in 2022-23, followed by human space flight demonstration.”

Prime Minister Narendra Modi urged India's startup founders to think about how to create institutions and not focus on valuations alone. Addressing the Nasscom Technology and Leadership Forum, he said that startups should not restrict themselves only to valuations on exit strategies. They should think about creating an institution that can outlive this century by creating world-class products that will set the global benchmark of excellence.

The beauty queen rode an autorickshaw to her alma mater on Tuesday, her father in the driver's seat and her mother holding her hand sitting at the back, a family that dared to dream big and gave it their all to make it come true. Miss India 2020 runner-up Manya Singh's father Omprakash led the 18-vehicle strong autorickshaw rally for the one kilometre-long stretch, from the end of Thakur village area to her college, the Thakur College of Science and Commerce.

Express Stores, a Gurugram-based branded omnichannel chain of Bharat’s kiranas, has raised a seed funding of Rs 8 crore. The round was led by early-stage venture capital firm Venture Highway with the participation of marquee individual investors – Kunal Bahl and Rohit Bansal (Snapdeal), Anupam Mittal (People Group), and Amit Singhal (Google), among others.

Creation Investments Capital Management, LLC, an alternative asset manager and investor in developing markets in financial services, has announced the opening of its first India office in Bengaluru, and has named financial industry veteran Remika Agarwal as Vice President and Country Head.

The office in Bengaluru will help manage the firm’s growing portfolio of Indian companies that provide capital to those living at the bottom of the economic pyramid.

A Delhi court Wednesday acquitted journalist Priya Ramani in M J Akbar's criminal defamation case against her over the allegations of sexual harassment, saying a woman has the right to put grievances before any platform of her choice even after decades.

Jeff Bezos, Amazon's outgoing CEO, is back to being the world's richest person after briefly ceding the top spot to Elon Musk. Earlier in January, the Tesla founder had dethroned the Amazon founder riding on a stock market rally for the electric carmaker. However, Musk lost $4.6 billion of this net worth after Tesla shares fell 2.4 percent on Tuesday.

Ally.io, the Seattle-headquartered SaaS startup with technology development centre in Chennai and backed by the likes of Lee Fixel, Tiger Global, and Accel, has raised $50 million in Series C round. The fresh round of funding will be used for the startup’s rapid global expansion, and it plans to add another 1,000 customers this year.