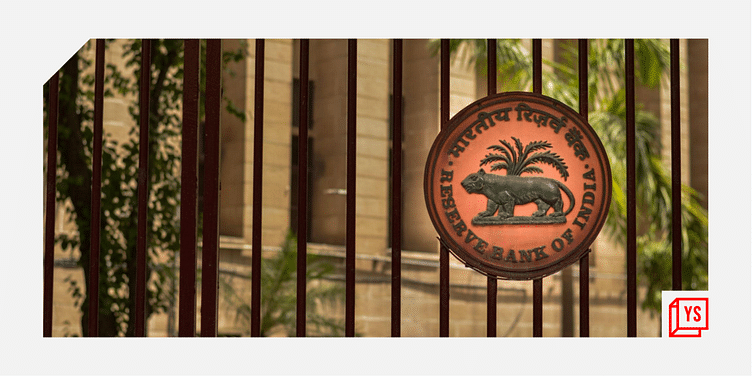 While hailing RBI’s decision on linking credit cards with UPI, industry stakeholders are seeking greater clarity from the regulator on certain contentious issues, particularly on merchant discount rates or MDR.

The Reserve Bank of India opened up a crucial avenue for credit on UPI – a feature much sought-after – allowing customers to link their credit cards to the country’s most widely used payments platform.

Customers can currently link their savings or current accounts or debit cards to the Unified Payments Interface. The process for credit payments via UPI has been more complex.

Following RBI’s decision, users will be able to link indigenous RuPay credit cards to UPI, to begin with, with networks such as Visa and Mastercard expected to follow.

UPI adoption has increased drastically over the last two years. UPI recorded about 4.527 billion transactions in February, up nearly 98 percent from a year earlier, as per National Payments Corporation of India data.

Even so, given also the ease of using UPI, there’s been much demand from the industry to enable credit payments on the platform.

“This is an important step for enabling credit payments via UPI, which until now was only possible through linking overdraft accounts,” said Akash Sinha, CEO and Co-founder at payments solutions provider Cashfree Payments.

Shashank Kumar, CTO and Co-founder at ﻿Razorpay﻿, also expects the move to have significant bearing for small businesses in Tier II cities and beyond.

“The number of point of sale (devices) in these cities is less than 10 percent of the number of QR codes. There is an under-penetration of Card POS, and hardware rentals make it non-lucrative. Hence, if this takes off, we would have 10x merchants accepting credit cards in India in a few years,” he said.

But first, there’s not much clarity on a few critical issues:

The big question: Will MDR make a turnaround?

One of the major reasons behind the widespread adoption of UPI by merchants is the zero merchant discount rate – a fee charged to merchants for processing payments made through UPI, digital wallets, and debit and credit cards.

In simple terms, for each transaction, the merchant pays a certain percentage of the amount, which is then divided among the banks and payment service providers.

As per rules effective January 1, 2020 – meant to encourage digital payments – no fee is levied on merchants for accepting consumer payments through UPI and RuPay debit cards. MDR was capped at 0.9 percent for all other debit cards (Visa/Mastercard).

While the exemption holds for RuPay debit cards, it is not clear from RBI’s latest announcement how MDR will be applied for UPI transactions via credit cards.

In the case of credit cards, there is no cap on MDR. For wallets and other prepaid payment instruments, MDR is not regulated and may range from 1.5 percent to 2.5 percent; in some cases, even higher.

“Currently, merchants enjoy free MDR on UPI (RuPay debit cards) and this is one of the biggest reasons it is so ubiquitous,” said Nikhil Kumar, Co-founder and chief evangelist at Setu. “My sense is this will be liked or accepted by merchants who already accept credit cards as they are the right target group.”

If MDR is not allowed for credit cards under UPI, credit issuers will never come on it, he added.

“MDR is an open point. With credit cards, there is an accustomed capital. The question remains: who will bear the cost of that capital — the merchant or the consumers?” said Deepti Sanghi, co-founder and CEO at ﻿Kodo﻿, which offers corporate credit cards to startups and small businesses.

The digital payment sector has been seeking the reintroduction of MDR for UPI and RuPay debit card transactions, as well as its absence has been affecting homegrown payment service providers, while multinational companies continue to benefit.

According to Nikhil of Setu, every merchant on UPI will have to be re-enrolled to be able to accept UPI on credit. This, Nikhil says, would pose a major operational challenge.

“Merchants have to consent to accept credit card payments and also will probably have to sign a contract with an acquirer to become part of the UPI credit scheme. This could also mean more stringent KYC of the merchant,” he said.

Deepti is more hopeful. Given the large network of merchants on UPI, the operational challenges, she expects, will likely be minimal and the networks will be onboard once the doubts over MDR are resolved.

Security, according to some industry experts, though, is a major factor that needs to be evaluated.

“Keeping in mind the scams that are prevalent with QR code payments on digital payment platforms, this is a risk move,” a payments industry expert said on condition of anonymity. “Majority of the population has to be educated before implementing or else credit card scams will (follow once UPI linking) is enabled.”

Will P2P UPI transactions be eligible?

It remains unclear if person-to-person transactions will be eligible for credit card payments via UPI. In such cases, how will the credit card network charge MDR? More importantly, who will cover for potential risk or fraud?

“All ecosystem players need more clarity because in giving credit, there is a cost of funds involved for issuing banks, while in UPI transactions, the MDR is zero,” said Vishwas Patel, Executive Director, Infibeam Avenues Ltd, and Chairman at Payment Council of India.

“We at PCI are reaching out to RBI officials and also talking to NPCI to assess the linking up of credit cards with UPI and how it can be successfully rolled out, at the same time making it commercially viable for all players involved.”