In a first, Agri Infra Fund will facilitate loans to SMBs to buy startup drones 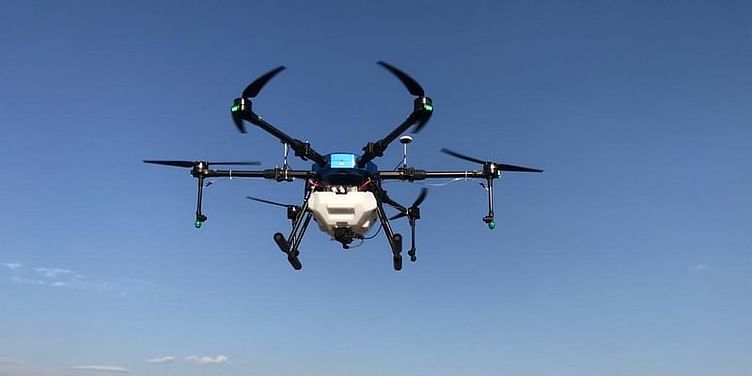 In a historic first that will boost the drone ecosystem, the AIF has facilitated loans from its one lakh crore kitty to buy agri-drones built by Garuda Aerospace.

In a historic move, the government-backed Agri Infra Fund (AIF) has facilitated loans for small businesses and individuals to buy agri-drones. Depending on the number of drones and accessories purchased, a single loan can go up to Rs 10 lakh with 5% interest.

This announcement is seen as a vindication of the work done by Chennai-based drone manufacturer ﻿Garuda Aerospace﻿. Its indigenous Kisan Drone has been selected as the product that will be covered under this pioneering loan programme.

"Garuda Aerospace has already pre-booked over 2,500 drones and firmly is on the path to manufacture one lakh Made-in-India Kisan Drones by 2024," Agnishwar Jayaprakash, Garuda Aerospace founder, said in a press release.

It has been a good year for the drone industry. After the Drone Rules, clarifying the government's regulatory stance were published last August, the industry also benefitted from an Rs 120 crore PLI scheme and a 40%-100% subsidy scheme for drone purchases.

Speaking to YourStory, BharatRohan founder Amandeep Panwar said that the creation of the subsidy policy could help boost the ecosystem, but that implementation has been slow. BharatRohan also manufactures agri-drones and is working to get empaneled under the AIF subsidy scheme.

"They [the government] are in the process of empanelling drone startups and would then arrange for subsidies on the purchase of their drones through Agriculture Investment Fund," he said. "But the challenge is that all this is still very slow moving."

Additionally, Panwar said that announcement of these SMB-focussed policies to help fund drone purchases had actually caused some friction. Local farmer-producer companies were waiting to understand just what loans and subsidies they could expect.

"Farmer-producer companies are interested in availing the drones (buying and availing services) but cost and ambiguity in availing these subsidies are challenging," he said.

In the press release announcing the new AIF loans, one of the 25 drone service providers chosen for the loan seems to agree that this could be a positive change for the industry. He states that it could generate significant employment and revenue-generating opportunities for drone purchasers.

"My dream has come true and we will now be able to use the loan to buy Garuda Aerospace Kisan Drones which are the most advanced and affordable in the market," said Ram Kumar, a selected AIF loan recipient.

Kumar is a trained engineer who was unable to get a full-time job and has had to work part-time jobs such as a food delivery partner or a part-time tutor for an ed-tech platform. He added that the loan will help him buy Garuda Aerospace's Kisan drones, and enable him to earn a better living.

"Kisan drones cover 25 acres per day for precision spraying operations, save pesticide usage by 70%, save water usage by 80% and I'm generating Rs 1 lakh a month in revenue which is better in packages from ﻿BYJU'S﻿, ﻿Swiggy﻿, ﻿Zomato﻿ or ﻿Ola﻿ [that he received]," he said.

The Agri Infra Fund was announced in May 2020, and has Rs 1 lakh crore to facilitate in loans across the agricultural infrastructure ecosystem. The fund recently crossed the Rs. 10,000 crore disbursement figure.