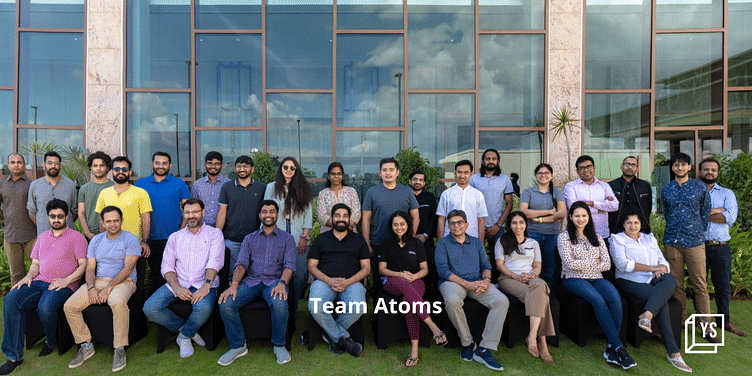 The second cohort of the program, targeted at pre-Seed and Seed stage startups, has 10 companies, including five from geographies outside India.

Venture capital firm ﻿Accel﻿ has announced the second cohort of companies for its program for pre-seed and seed stage companies called ﻿Accel Atoms﻿. Unlike the first cohort of 14 Indian startups, the new cohort has five companies from the US, Singapore, and Indonesia, apart from five Indian startups.

“We invest from the $650 million seventh fund, which was meant to invest in companies across India and Southeast Asia. We might have to do separate programmes given the time zone difference but we haven’t made a call yet,” Prayank Swaroop, Partner at Accel India, told YourStory.

From the cohort, business-to-business aggregator platform for construction industry BRIK and seafood supply chain company Fishlog are based out of Indonesia, while full-stack data platform DataBrain is headquartered in the US. No code platform Upflowy is headquartered in Australia, while direct-to-consumer brand performance platform YouShd is based in the US. Other startups in the cohort include AI-powered DevTool DhiWise, micro-ecommerce plug-in for publishers Dpanda, gut health focused platform Gut Wellness Club, experience discovery platform mello and SaaS-based AI-ML platform for manufacturing, Ripik.

Launched in August, 2021, Atoms targets pre-seed and seed stage startups with $250,000 uncapped convertible note structure which converts to equity in the next round of external fund raise. As part of the second cohort, Accel has also invested additional capital in some of the companies.

“We invest $250,000 cheque as the norm, but we also ask the founders if they need additional capital. We have invested as high as $750,000 as uncapped convertible notes in some of the companies and an additional $500,000 as equity investment,” added Prayank.

The 100-day program, which runs two cohorts in a year, is largely sector agnostic, though the second cohort did not have startups from the Web3 or Crypto space. “We did not leave out the sector consciously, just that adding Web3 or Crypto companies in a cohort does not work as they speak a different language. We have made early stage investments in the sector outside of the Atoms programme,” added Prayank.

He further added that the size of the second cohort was kept at 10 to ensure better match between mentor and companies. The second cohort also participated in a demo day for existing Accel founders who have backed some of the portfolio companies.

“It is going to be hard to raise capital for the next 12-24 months. My word of caution is, if you have more than 24 months of runway I don’t think you should worry about raising capital today. If you don’t have that runway, either you create it by cutting costs. If you can’t do that and have to raise capital, don’t be choosy about the valuation.”

Accel’s portfolio companies in India include the likes of Flipkart, Freshworks, Chargebee, Zetwerk, Mensa Brands, Moglix, Swiggy, and others. Accel’s Atom program is in line with similar early-stage accelerator programs run by Sequoia through Surge launched in 2019 to attract promising companies early on.