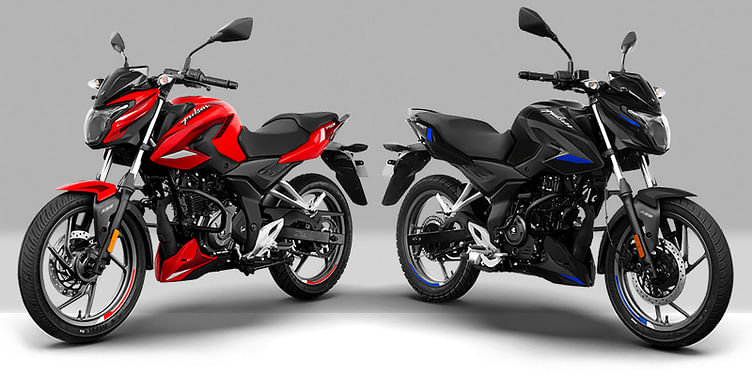 Indian automobile firm ﻿Bajaj Auto Limited﻿ is widely credited with bringing affordable sporty commuter motorcycles to the Indian two-wheeler market through its ‘Pulsar’ sub-brand. In the last two decades, plenty of models have donned the Pulsar moniker, catering to different segments of riders.

In its current restructuring phase, Bajaj has launched the latest model in the Pulsar lineup— P150. The P150 is positioned between the new-age Pulsar N160 and the ageing Pulsar 150, with the latter expected to be phased out gradually.

Pulsar P150 is a continuation of the new-gen Pulsar platform which gave birth to models like F250, N250 and the recently launched N160. Available in two variants— single disc and dual disc, prices for the new 150cc roadster start at Rs 1,16,755 and top out at Rs 1,19,757 (both prices ex-showroom, Delhi). The increased prices in comparison to its predecessor suggest a surge in sophistication in the new P150.

Taking a stark departure from the older generation Pulsar 150, the P150 looks sharper and in line with the new-gen Pulsars— N250 and N160. It flaunts a contemporary styling of a naked streetfighter with chiselled body panels and an aggressive riding stance.

Further, the single disc derivative makes do with a basic pillion grab rail as compared to more premium-looking split-style grab rails in the twin disc variant. The new P150 also sits on a longer wheelbase at 1352 mm as opposed to 1345 mm for the older Pulsar 150. The motorcycle gets a seat height of 790mm which should make it accessible for most riders.

The new Pulsar platform also brings changes to the hardware configuration. The twin shock absorbers in the older Pulsar 150 have been replaced with a mono-shock in the P150. The front suspension unit gets a 31mm telescopic fork. Braking duties are handled by a 260mm front disc as standard with the option of choosing either a 230mm disc or a 130 mm drum brake at the rear.

Moreover, Bajaj has been able to bring down the weight by ten kilos for the Pulsar P150 twin disc variant which has a kerb weight of 140 kg. The naked roadster rolls on 17-inch alloy wheels although the twin-disc variant gets fatter tyres as compared to the single disc variant.

In terms of features, Pulsar P150 gets a semi-digital instrument console with an infinity display for gear position indicator, distance to empty, fuel economy and time. Other notable features include an LED projector headlamp with LED DRL, an LED taillamp and a USB charging port.

Powering the new P150 is an updated 149.68cc, single-cylinder, air-cooled engine churning out 14.3 bhp at 8,500 rpm and a peak torque of 13.5 Nm at 6,000 rpm. This unit is paired with a five-speed gearbox. It continues with the older two-valve configuration and even gets a kick starter.

The reduced weight has improved the power-to-weight ratio by 11% which should positively impact the bike’s performance. The new Pulsar P150 locks horns with TVS Apache RTR 160 2V, Yamaha FZS and Honda Unicorn.