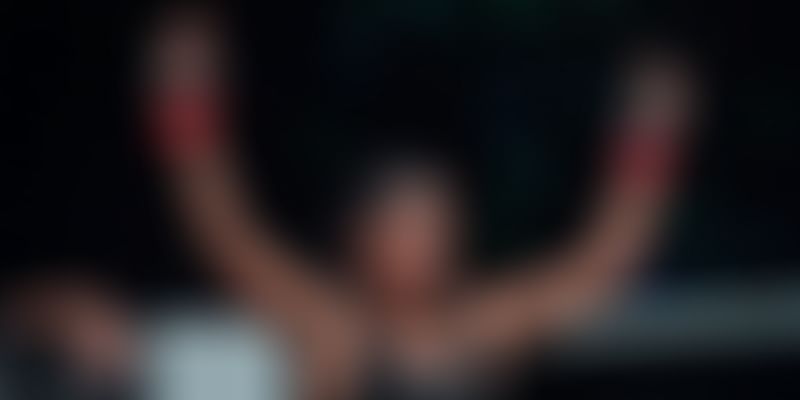 Ritu Phogat, wrestler-turned-MMA fighter won her debut fight at the One: Age of Dragons MMA event in Beijing. She won against South Korean Nam Hee Kim in under three minutes.

Ritu Phogat made her MMA (mixed martial arts) debut on November 16 in Beijing, China. The wrestler-turned-MMA fighter took down her South Korean opponent Nam Hee Kim in under three minutes.

The 25 year-old Phogat sister had an impressive debut at the One: Age of Dragons MMA event in Beijing's Wukesong Arena. She fought in the atom weight category. Within minutes of entering the ring, she took down her opponent and pinned her to the floor. However, Kim fought back and got back on her feet. Ritu, committed and fearless, went for the second pin down and showered punches and elbows till the referee intervened and awarded a TKO (technical knockout). Ritu had won her debut in a grand fashion.

Two women entered, but only one could walk out the winner 🙏 @PhogatRitu #WeAreONE #ONEChampionship #AgeOfDragons pic.twitter.com/HpU861se5o

Ritu switched from wrestling to the combat sport in February this year and has been training at Evolve MMA facility in Singapore. She is also learning Muay Thai, Brazilian Jiu-Jitsu, Boxing - the combination that is part of the combat sport. Her decision to ditch wrestling - the sport that brought fame to her family and especially her father was a courageous one. She had decided to venture into uncharted waters and take up something different than her other five sisters.

Ritu was a strong medal contender for the Tokyo 2020 Olympics, but she had other plans for herself. She dropped her illustrious career that included Asian and Commonwealth gold medals and moved to Singapore to learn a completely new art form. However, her wrestling lessons came in handy in her first MMA bout.

"It didn't feel any different than all the wrestling bouts I had competed in. I was just thinking about doing what I had been taught. And my wrestling set up my match perfectly," she said after her victory.

Ritu is already has a wishlist, which includes a MMA championship belt. "I want to win a World Championship belt for India. I want to be the first in mixed martial arts to win that for my country," she said after overcoming her first hurdle in MMA.

Her coach Drian Francisco said, “Ritu was very good today. But to win a title you can't be good, you have to be perfect.” He added, “She has improved so much from where she started out but we need to see Ritu fight another four or five bouts and then we can see whether she is ready to fight for a title.”

Like her father Mahavir Phogat, she believes that this only the beginning.

"I'm not going to take a break after this win. I'm going to go right back to Singapore and start training once again. There is so much for me to learn. I have to keep getting better," she said.

All set to watch Dangal? Here are 5 things everyone can learn from the real Phogat family